Missing swimmer reported in sea off Brighton but no trace found

A swimmer was reported to have gone missing in the sea off Brighton this evening (Sunday 21 July). 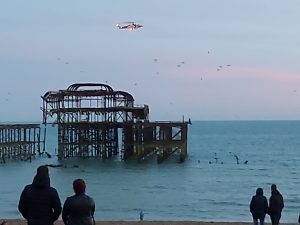 But after an extensive search by the coastguard and the crew of the RNLI Brighton lifeboat, no trace could be found.

The search, which included a coastguard helicopter as well two shore-based teams, started shortly before 8.30pm.

The swimmer was reported to have gone into the sea near the i360.

The search was called off about 90 minutes later as darkness hampered visibility. 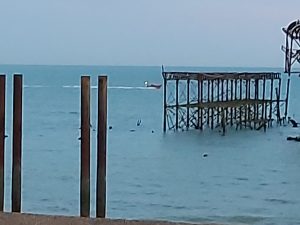 A spokesman for the RNLI Brighton described the call-out as probably a false alarm with good intent.