A developer has been criticised for plans to downgrade an area set aside for community use and to consign it to a space the size of a bin store.

The company has planning permission to put up a nine-storey block of student flats – known as the Student Castle – in Pelham Terrace in Lewes Road, Brighton.

When planning permission was granted by Brighton and Hove City Council, it included a condition that much of the ground floor would be a community hub for people in Moulsecoomb and Bevendean. The community space included a café and a meeting room.

But revised plans show a much-reduced area for the community – where the bin store had been intended to go.

The area originally intended for the community would instead be used for a “Centre for Inclusive Music”.

More than 50 objections were sent to the council within days of the details of the amended plans being shared.

Coombe Road Area Local Action Team member Paul Rix shared an image showing the differences between the space that had been promised and the new proposal on a Moulsecoomb and Bevendean Facebook group.

He said: “I’m stunned the developers think they can take away this space set aside for local residents.

“It was going to be big enough for events, classes, kids’ parties, etc, and now, well, it’s a bin cupboard!

“People when they see what’s being offered are outraged I think. There’s a real disbelief that the developers could be so brazen.

“There’s been a fantastic response to the posts on Facebook so far.

“People who’ve never taken an interest in local developments are signing up on the council website and registering their objections.

“It’s really heart-warming to see the local community come together to fight this.” 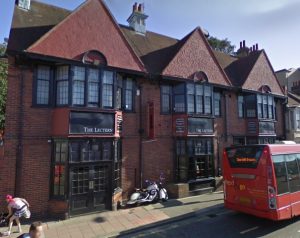 Councillor Yates, who represents Moulsecoomb and Bevendean on the council, shared his objection on a private Facebook group, Bear Mountain Folk.

He said that the community felt conned, adding: “The change of the community space use is contrary to the section 106 agreement which defines the benefit as for residents of the Moulsecoomb and Bevendean ward which the new community arts space would not be.

“The proposed space for ward residents has now been sidelined to what was initially proposed as a bin store!

“No attempt to develop a community-led scheme has been undertaken and the new developers appear to be significantly underestimating the loss of the ‘asset of community value’ on this community.”

The old Lectern pub, which used to be on the site, was declared an “asset of community value” in January 2016 – and residents say that there is little other community space in the area.

One of them said in a letter of objection to the council: “We are continually being told by developers that they aim to be harmonious with local residents and promise such sweeteners as dedicated community space.

“Get planning approved then lo and behold decide to get rid of what they promised for more profit squeezing in yet more student rooms.” 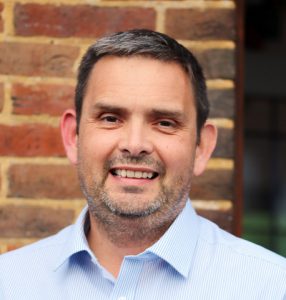 Another objector, listed on the council’s website, said: “The community space on the original plans is vital to the area and should be a space where the local community choose what is housed there.

“The space should not be reallocated to a predetermined project – a music school which will only benefit musicians and music students instead of all community projects.”

Another objector wrote: “It will be community space in name only and appears to be not only cynical and dismissive of the local community but also completely in breach of the original planning permission.

“Having met the local group of residents, I can see that they are utterly committed to the project as originally granted.”

The developer’s agent, Simply Planning, said that the changes to the application were submitted after “extensive pre-application discussions” with council officers, local politicians and the community.

The agent’s letter said: “The Centre for Inclusive Music would provide a permanent home for a cultural hub, the primary purpose of which would be to increase access for children and young people to high-quality music and arts education.

“It would be run by Brighton and Hove Music and Arts as part of Brighton Dome Brighton Festival, and would enable them to significantly increase the music programme it currently offers to the city’s children and young people especially those with special educational needs/disabilities.”

The company said that it had provided a “larger community space” after consulting with the local action team in March.

Drawings and details of the changes to the approved scheme can be found on the council’s website at planningapps.brighton-hove.gov.uk. Search for BH2019/01932.