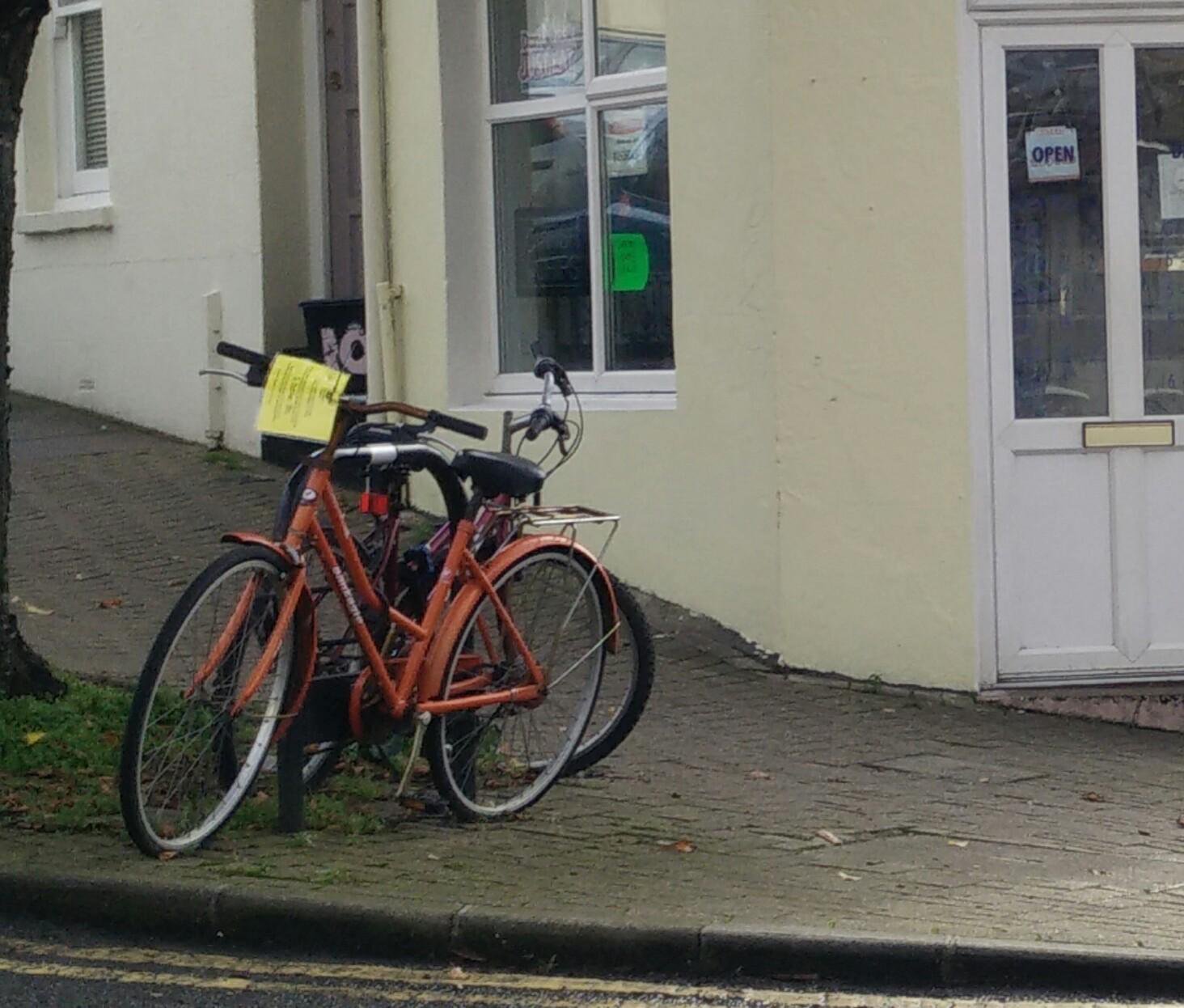 Stock image of bike with abandoned notice on it in Islingword Road, Brighton. By Mark Strong

A man who complained to the local ombudsman after the council removed his rusting bike has been told the council followed the right procedure and he should try to take them to court.

The man’s bike was removed last year, after the council placed a notice on it warning it would be taken away unless the owner contacted the council.

He first demanded the bike back, and then when he was told it was too dangerous to let him into the depot, he tried without success to claim on the council’s insurance.

Now, the ombudsman investigator has told him his complaint won’t be pursued as it’s clear the council followed the correct procedure.

The report, which is dated April 2 but was published this month, says: “The Council removed Mr X’s bicycle under its abandoned bicycles procedure in 2018.

“The council says it was clear from the state of the bicycle that it had been in the same position for some time; the front tyre was flat, the chain rusted and there was a build-up of debris around the front wheel.

“The council’s procedure says that in such cases it may issue a notice and, if the bicycle is not collected, the council may remove it.

“The council confirms it placed a notice on the bicycle and has photographic evidence to show this. Mr X believes a member of the public may have removed the notice as he did not see it.

“The council removed Mr X’s bicycle and refused him access to its depot to locate and collect it on the grounds of health and safety.

“He made a claim to the council’s insurers but they refused his claim. This was because it found no negligence by the council in removing his bicycle.

“Mr X complains about the decision and asks for compensation for the loss of his bicycle.

“The Ombudsman will not investigate this complaint. The council followed the proper procedure in removing his bicycle and it is therefore unlikely we would find fault.

“It is also unlikely we could secure the return of Mr X’s bicycle now as several months have passed since its removal.

“If Mr X believes the council was wrong to deny him access to its depot and/or in refusing to search for his bicycle on his behalf he may make a claim for compensation through the courts.”

Brighton based transport consultant Mark Strong regularly tweets the council asking them to remove abandoned bikes from outside his office, one of which has been there for three years now.

He welcomed the ombudsman’s report, saying it should give the council more confidence in removing obviously abandoned bikes.

He said: “It’s very reassuring because it shows we have got a process and they’re following it.

“I think they could go further – the council could just clear them away, not even give them three weeks. Brighton has quite a rigorous procedure compared to other councils.”

It’s not known if the complainant ever took the council to court.