Creep Show with a surprise to take place in Hove 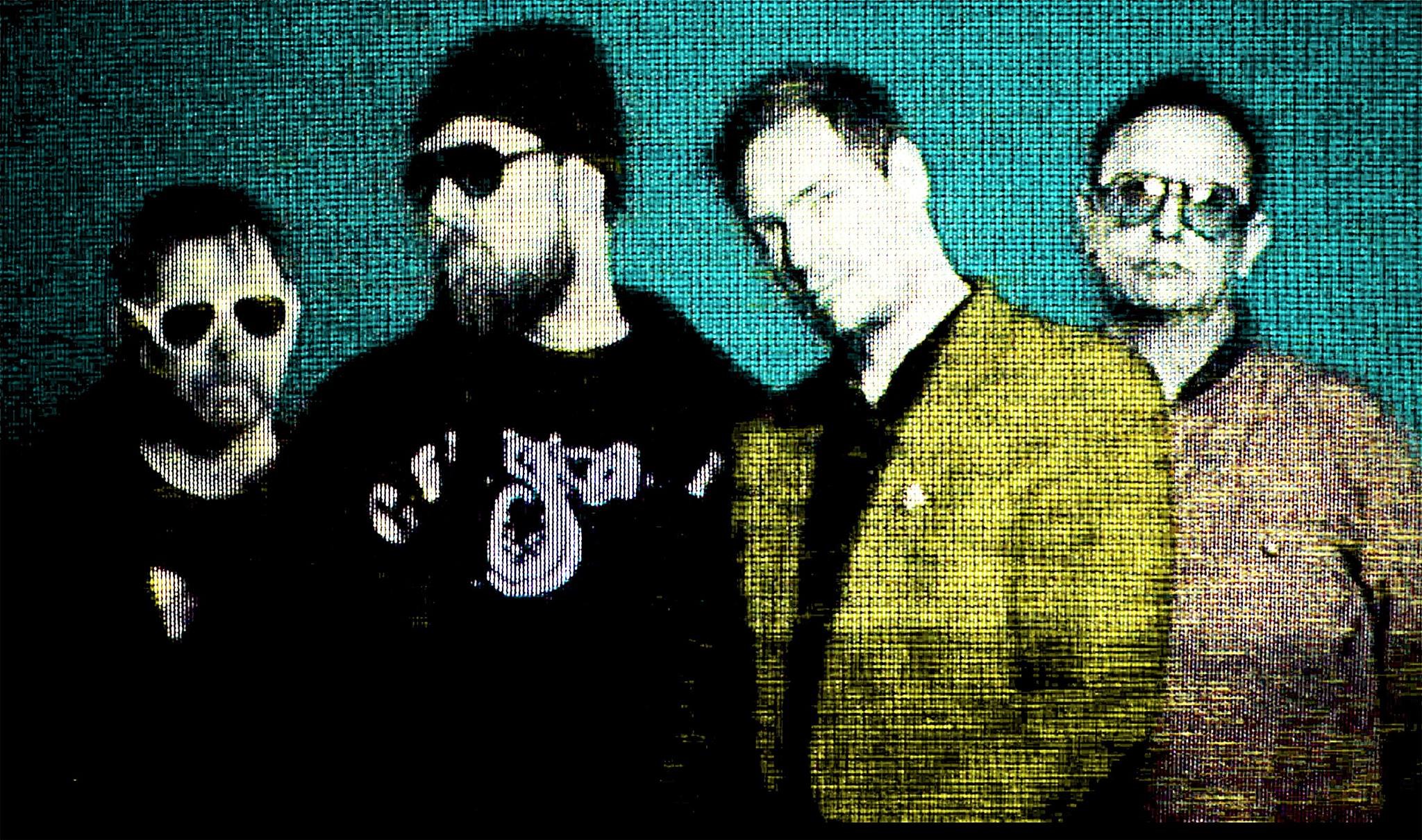 Creep Show brings together John Grant with the dark analogue electro of Wrangler (Stephen Mallinder / Phil Winter / Benge) and following their debut album ‘Mr Dynamite’ out on Brighton’s very own Bella Union last year, they’re now announcing a new live show which will be packed with experimental pop and surreal funk. There will be an 8-date UK tour in the autumn, which will be calling into The Old Market, Hove on Thursday 10th October.

‘Mr Dynamite’, which was voted 2018 ‘Album Of The Year’ by Electronic Sound Magazine, was recorded in Cornwall with a lifetime’s collection of drum machines and synthesisers assembled by Benge and explored by every member of Creep Show. There’s a real sense of freedom in the shackles-off grooves, channelling the early pioneering spirit of the Sugarhill Gang through wires and random electronic noise.

“Dazzling . . . Mr Dynamite combines something genuinely sinister with a sense of fun, and far from being a whimsical side project for its members, it can be regarded as a landmark release for all of them.” The Quietus

“A full-blown, fun and fearless blast of analogue synthesis.” Album Of The Week, The i Paper 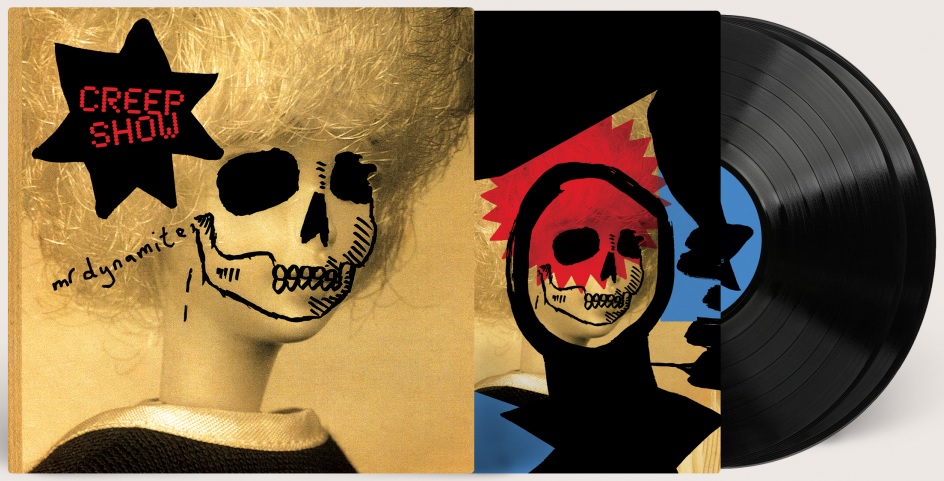 This sense of adventure is also part of the interplay between the two vocalists, John Grant and former Cabaret Voltaire frontman Stephen Mallinder, who switch between oblique wordplay to sinister humour as Phil Winter (Tunng) and Benge (also a member of Fader) continue to man-handle the machines. “Creep Show is Hydra,’ says Mallinder. ‘A beast with multiple heads and voices, so no one is quite sure who is saying and doing what. Everything is permitted and everything is possible.’ Grant: “I do like theatre of the absurd and some of it is that, but most of it is just having fun. We did a lot of laughing and just had a blast doing it.”

According to Mallinder the band “sprang fully formed a couple of years ago but in truth had been bubbling away for decades in a petri dish containing spores of seventies sci-fi, post–punk electronic music, bad taste, broken synthesizers, luscious film soundtracks, and dubious band t-shirts.” They first came together – their name hadn’t yet come to Benge in a dream – at the Barbican in London late 2016 as part of an event celebrating 40 years of Rough Trade. Preferring not to live on past glories, Grant and Wrangler wrote a whole new set of material together. As Mallinder explains, “we thought the only way to work with someone was to lock the doors and wrestle each other until we could come out with entirely new and original stuff. Why not? If you work with someone, test yourself, see what’s buried under the soil.”

Wrangler are no strangers to collaboration. In the studio they’ve teamed up with LoneLady, Tom Rogerson (who works with Eno) and Serafina Steer (who works with John Foxx & The Maths) on their albums ‘La Spark’ (2014) and ‘White Glue’ two years later. As well as remixing Primal Scream, Gazelle Twin and John Grant (on ‘Voodoo Doll’), in 2015 they released a double LP of Modular synthesiser remixes entitled ‘Sparked’ which included new takes on their music by Mute records boss Daniel Miller (The Normal, Silicon Teens) and Chris Carter (Chris & Cosey, and Throbbing Gristle) amongst others. They also have a new album ready for release in 2020. Grant too enjoys working with other artists, sharing stages and songs with the likes of Kylie Minogue, Elbow, Richard Hawley and Tracey Thorn. His passion for electronic music – including Cabaret Voltaire – influenced his albums ‘Pale Green Ghosts’ and ‘Grey Tickles, Black Pressure’, eventually leading him to Wrangler’s sequencers and drum machines on ‘Mr Dynamite’ and Benge as a co-producer on last year’s ‘Love Is Magic’.

However, Creep Show is much more than the sum of its parts. It’s almost as if the four band members and their machinery were possessed by another force: “Mr Dynamite is real,” states Mallinder. “It’s disturbing, he blows sh*t up.”

Purchase your tickets for their show at The Old Market, Hove on Thursday 10th October HERE.

Punters attending the concert will be in for a fabulous surprise as the support act is a new name to the UK music business, that of Kincaid.

Kincaid may be young and a fresh face emerging from London’s fertile scene but he has been learning his craft, plying his trade and honing his productions under alternative guises for many years. Taking time to absorb his influences into his work and establish his techniques has allowed him the space to develop an experimental style. One that is inspired by global sounds that belong to any, all and no specific genre(s), is steeped in the history of electronic music whilst sounding very much unique, fresh and relevant to today’s underground clubbing landscape.

I will let Kincaid inform you of the fabulous surprise……“Been waiting a while to announce this, but myself and my Dad (Blancmange) have been asked to perform Live with Creep Show on their October album tour! For those that don’t know Creep Show are made up of members of Wrangler, Cabaret Voltaire and John Grant. It’s a huge honour and a real pleasure to be doing my first ever live set alongside some real musical legends. I’ve also created a remix for Creep Show’s ‘Safe & Sound’ which is out tomorrow”. Listen to the track HERE. 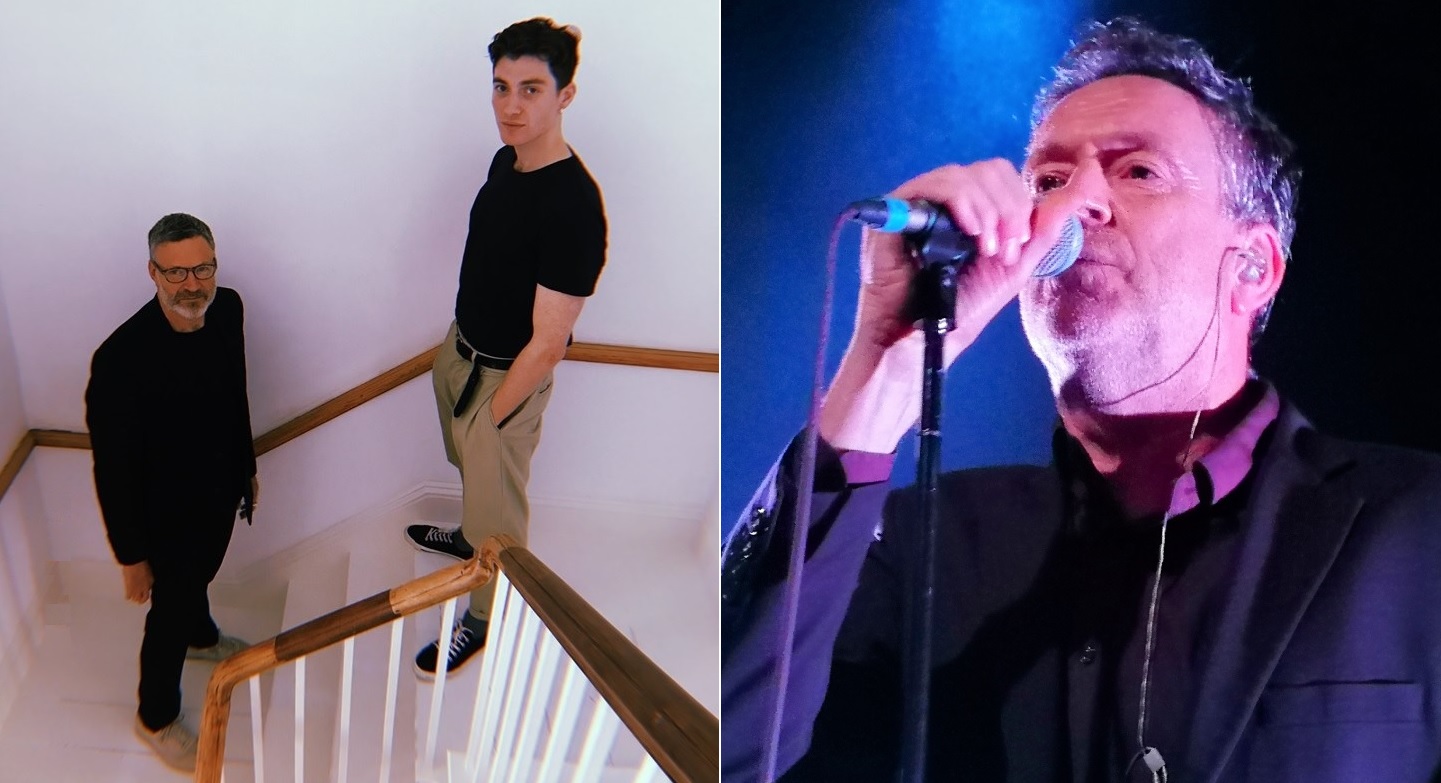 Neil Arthur’s Blancmange will in the meantime be going out on tour with the Human League and will return to start the Creep Show tour in October Blancmange appeared at a sold out show at The Old Market last year – read our review HERE. 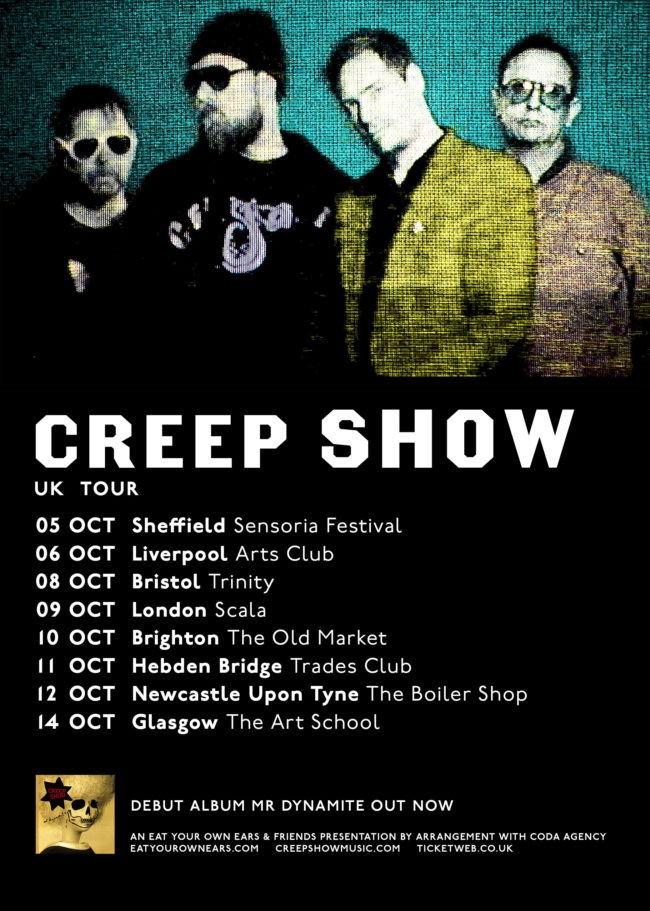