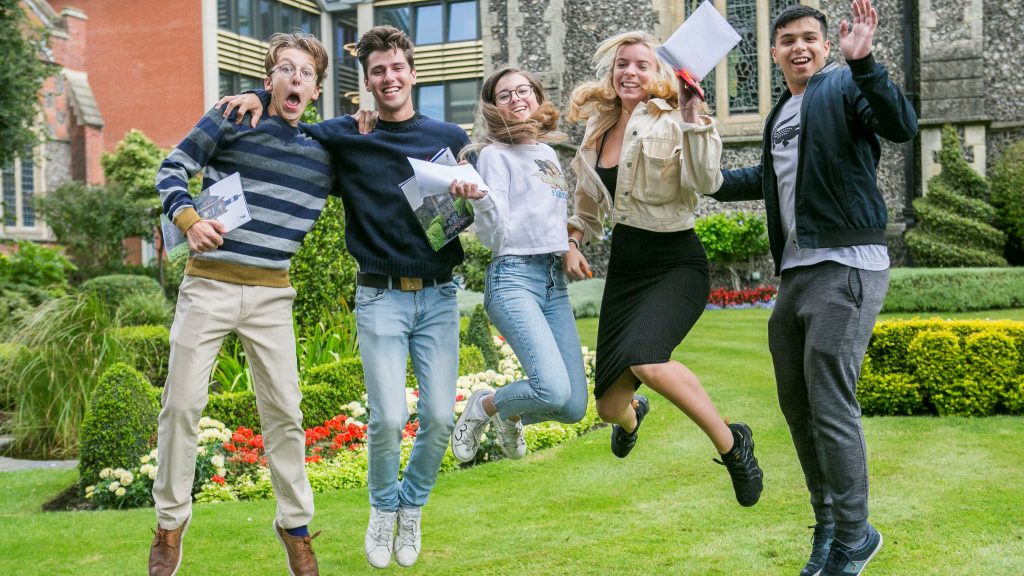 The independent school said: “Our sixth formers have once again excelled, delivering a record-breaking set of A-level results.”

The most common grade was A*, which accounted for 42 per cent of all grades.

This was a new record for the school and a performance that compared with 8 per cent nationally.

The school added: “Twenty per cent of pupils got three A*s (or equivalent) or more.

“Over half of our Upper Sixth achieved A*/A in their subjects.”

Head teacher Richard Cairns said: “This was a year group whose company I hugely enjoyed and will greatly miss.

“They were slightly quirky, wonderfully colourful and just a little bit irreverent.

“They never took themselves too seriously and they wore their ability lightly.

“That modesty makes me even more proud that it was they who have broken our already impressive A-level record. I am thrilled for all of them.”

Language students were among those who shone, with every pupil who sat Chinese, Mandarin, Russian and Spanish achieving either an A* or A grade.

Both music students were graded A* and all those taking design and technology achieved A* or A grades.

Maths was the most common subject, with 111 entries, of which 66 were A* passes and 29 more earned A grades.

Economics was the next most popular subject, with 68 entries, followed by chemistry with 60.