A public meeting has been called to discuss a revised planning application after one resident described it as “a middle finger to the local community”. 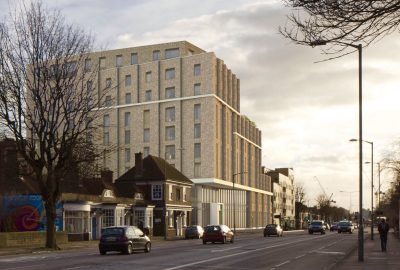 The meeting is expected to discuss proposals by developer SC Pelham Terrace to reduce the amount of space given over for community use on a site under development.

The original plans for the site, which included the old Lectern pub and a Costcutter convenience store, in Pelham Terrace, Lewes Road, Brighton, included a café and meeting space as well as 189 student flats.

The scheme, known as the Student Castle, looked like having the community space on the site set aside for a “Centre for Inclusive Music”.

The amount of space given over to community use was reduced significantly in one planning application for the nine-storey block.

Now another revised planning application appears to include no community space at all.

He said: “Their new strategy appears to be a middle finger to the local community.”

The developer was asked to comment but has not responded.

The public meeting is due to start at 7pm on Monday 9 September at Mithras House, in Lewes Road.