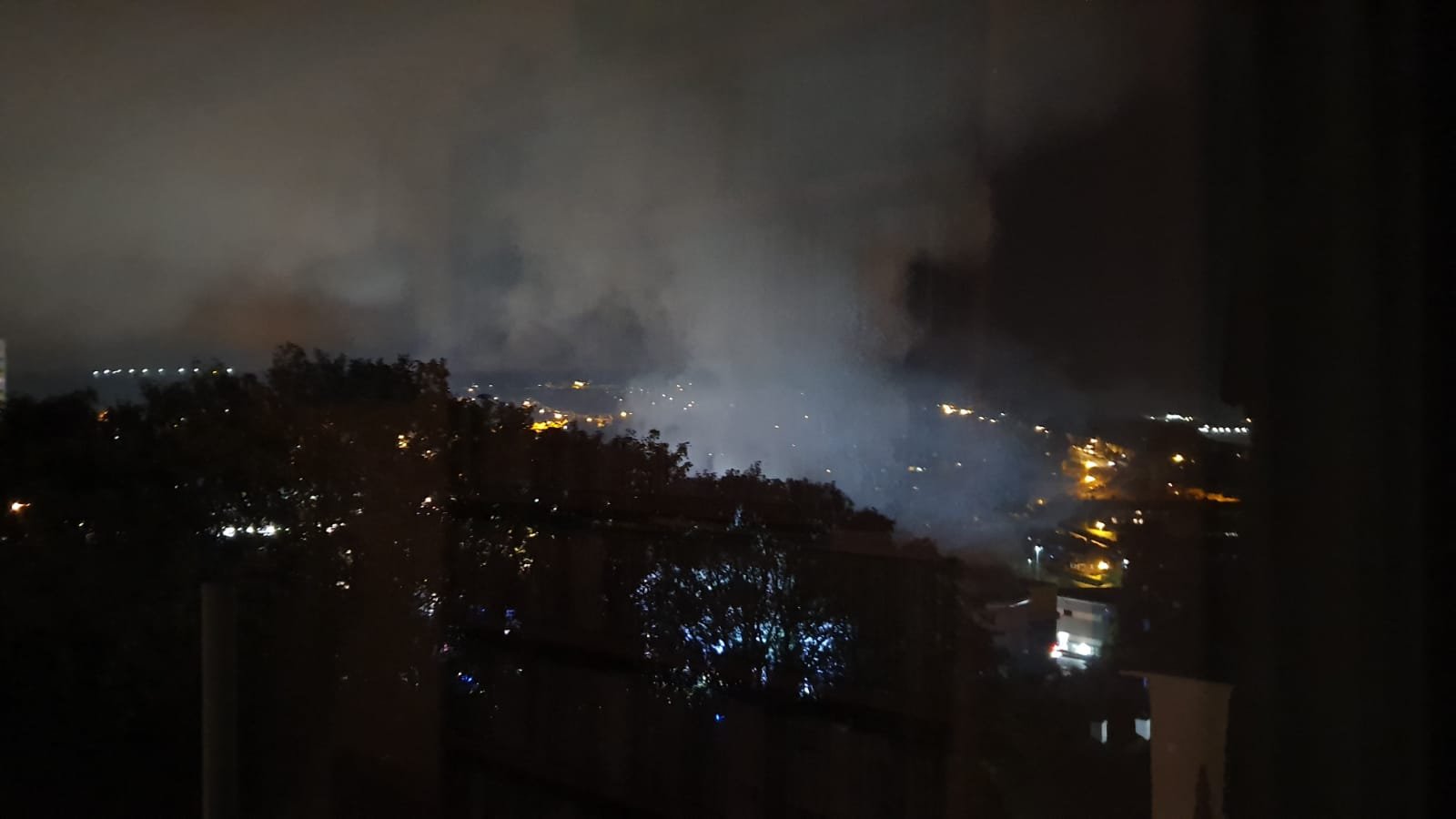 Firefighters have spent all night battling a blaze at the Hollingdean waste depot in Brighton.

This morning (Monday 26 August) they were still damping down at the site.

East Sussex Fire and Rescue Service advised neighbours to keep their doors and windows closed on one of the hottest days of the year.

The fire service said: “East Sussex Fire and Rescue Service were called at 10.53pm on (Sunday) 25 August to reports of a fire at the waste site in Hollingdean Lane, Brighton.

“Six fire engines attended the incident along with the aerial ladder platform, support vehicles and officers.

“As of 8.30am this morning crews remain on scene and steady progress is being made to remove materials and damp down.

“They are using two main jets and portable pump ventilation.

“Residents and businesses are still advised to keep all windows and doors closed.”

Earlier the fire service said: “As of 12.13am crews are using three jets, foam, three hydrants, breathing apparatus and the aerial ladder platform to bring the blaze under control.

“Due to the amount of smoke, please close all windows and doors.”