A late-night venue in Brighton must wait to find out whether it can have a new premises licence after a neighbour complained about noise, fights and anti-social behaviour.

Warren Francis also said that people had been seen urinating near No 32, formerly Havana, in Duke Street, Brighton, and in Duke’s Court.

The bar and restaurant’s owner Behnam Samandi originally applied to update the licence for the venue but found that the previous one had lapsed.

Now he faces a Brighton and Hove City Council licensing panel next week when three councillors will decide whether to grant a new premises licence and if so, for what hours.

Sussex Police and the council’s Licensing Team have held discussions with Mr Samandi and have agreed draft times and conditions with him.

If the proposals are accepted by the licensing panel, the venue would open at 8.30am on Sunday to Wednesday and close at 2.30am the next morning with last orders at 2am.

The objection from Mr Francis, of Duke Street, said: “For the past 14 and a half years we have witnessed at first hand the impact the opening of a late-night venue at No 32 has had on the noise levels in Duke Street throughout the week.

“Specifically, we have experienced additional noise caused by music played within No32, such soundproofing as has been installed being rendered ineffective when the front doors to the venue are held open, as is often the case on busy nights.

“Music is also played externally from the front balcony area on some evenings which is much louder.

“The external music should stop by 11pm but that has not happened on a number of occasions and we have had to ask for the music to be turned off.

“In addition, music has been played from the balcony area early on Sunday mornings.

“In addition to the music from No 32 itself, we have seen an increase in anti-social behaviour directly outside the venue such as frequent fights, people urinating both in Duke Street itself and Duke’s Court … and large and noisy groups of people waiting to enter No 32 or loitering outside, having just left it at any time between midnight and 5am. 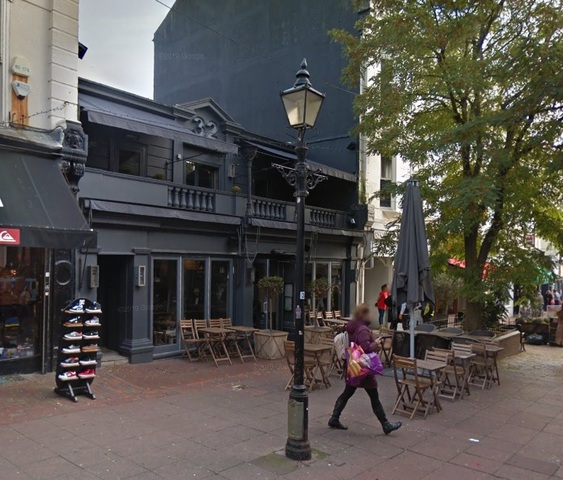 “We of course appreciate that No 32 is a business and as such always looking for new and interesting ways to continue trading.

“However, we have grave concerns about allowing such extended times for all the various performance requests that run from 8.30am to 6am Friday (and) Saturday and then to between 8.30am to up to 4am Sunday to Thursday.

“Finally, we also attribute an increase in the numbers of buskers playing in Duke Street into the early hours of the morning (many using amplifiers) to the increased footfall caused by the presence of a night club.

“Since the council noise patrol was disbanded, we have limited power to persuade buskers to play at reduced volumes – either by direct request or by calling the police.”

A report to the council licensing panel has been published. It said: “The applicant considers that the measures as to hours, supervision and operation of the premises are appropriate and proportionate.”

Police have asked that if No 32 is granted a licence, it should use an ID scanning system after 10pm when door staff are on duty.

The licensing panel is due to meet next Monday (23 September) at Hove Town Hall. The meeting is scheduled to start at 10am and should be open to the public.