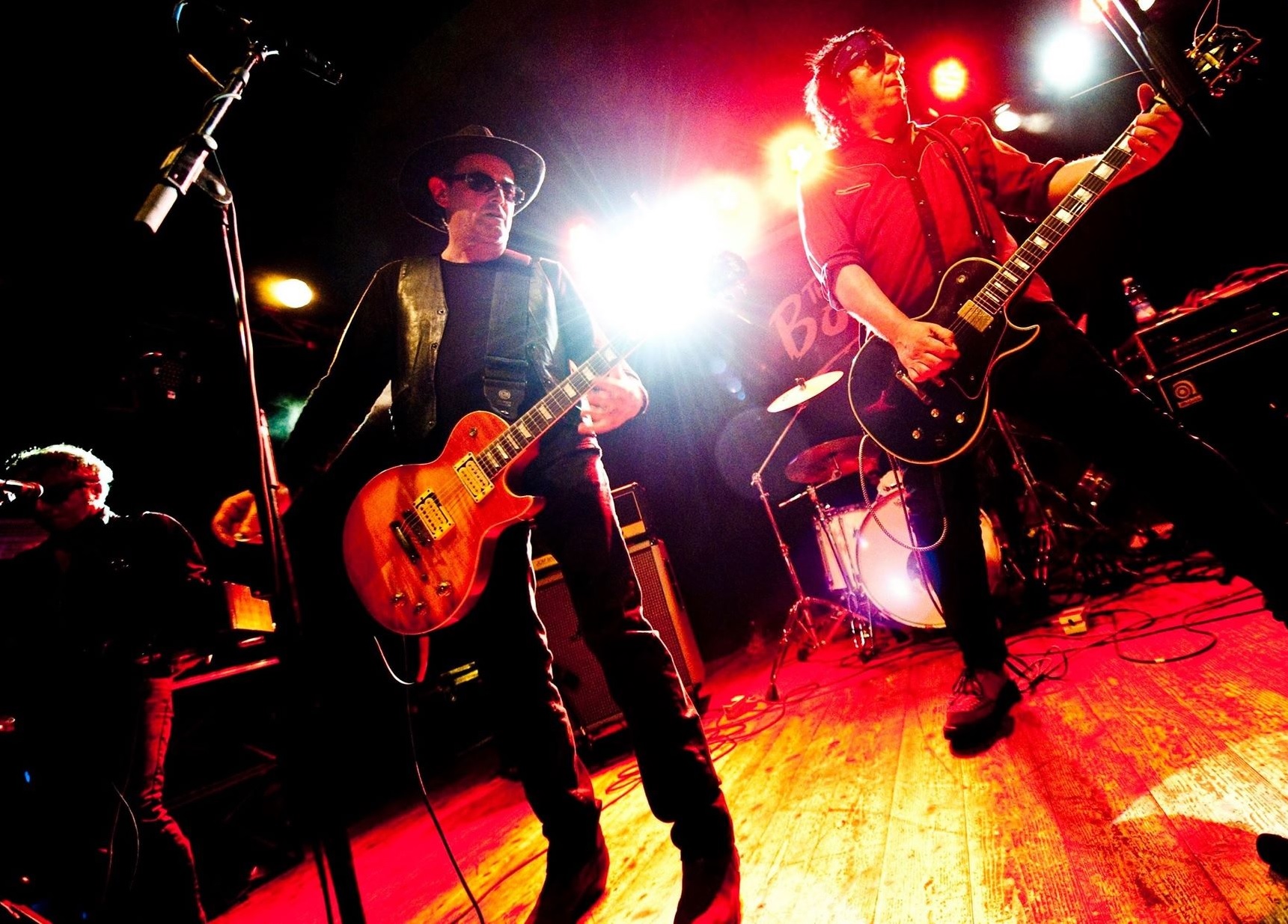 All good things have to come to an end and sadly this is one of those announcements!

Over the past few years Brighton area concert promoters The Big Blue Shed have put on what seems like every punk band still going for the enjoyment of the old faithful and the younger generation who are coming through. Many of these evenings have taken place at The Con Club in Lewes and this has certainly accumulated a positive following for the terrific venue. Punk bands and eager punters from right across the country and even further afield have religiously made their way to the venue for an enjoyable night out of punk revelry. Many a famous face has been spied in the venue over the past few years in support of the punk bands that have been performing. It’s fair to say that the building has become a mecca for many concert goers and the sign of an enjoyable night out.

It is therefore with great regret that I have to inform everyone that The Big Blue Shed will no longer be putting on any punk (or similar) concerts at this particular venue – it’s an end of an era!

The final booking has just been secured and that will be on Friday 10th January 2020, where the promoter will bow out with a performance from one of the greatest and criminally underrated power pop punk bands there is …The Boys! of ‘The First Time’ fame. Do you like Buzzcocks? Then The Boys are for you! They are the best artists never signed to ‘Good Vibrations’ records if you ask me! (More about them in a minute).

The Big Blue Shed will however be putting on concerts (one hopes of a similar ilk) elsewhere within the county, with the likelihood of more concerts taking place within the Brighton area. This announcement certainly does not spell the end of concerts for The Con Club, as I’m totally certain that the venue will be offering many more concerts in the future and it’s now highly possible that the ‘punk void’ will be filled in some form or other from other parties. In the meantime, you can see the current list of gigs that will be taking place at the venue HERE. The forthcoming list of The Big Blue Shed concerts can be viewed HERE.

I’m sure that many Sussex local punks will be heading to The Con Club on 10th January, not only because it’s the final punk night from The Big Blue Shed, but also by way of fact that The Boys are a terrific band and to my knowledge haven’t played here for decades! In fact I have only ever seen them perform live once before and that amazingly was nearly 40 years ago to the day, when I witnessed them live at the Top Rank Suite in Brighton on 16th January 1980, when they were supporting The Ramones! Sadly, my memory was scant from the evening and to be honest I can’t recall anything about The Boys set whatsoever, but now is my chance to make amends. So I am really looking forward to Friday 10th January 2020. 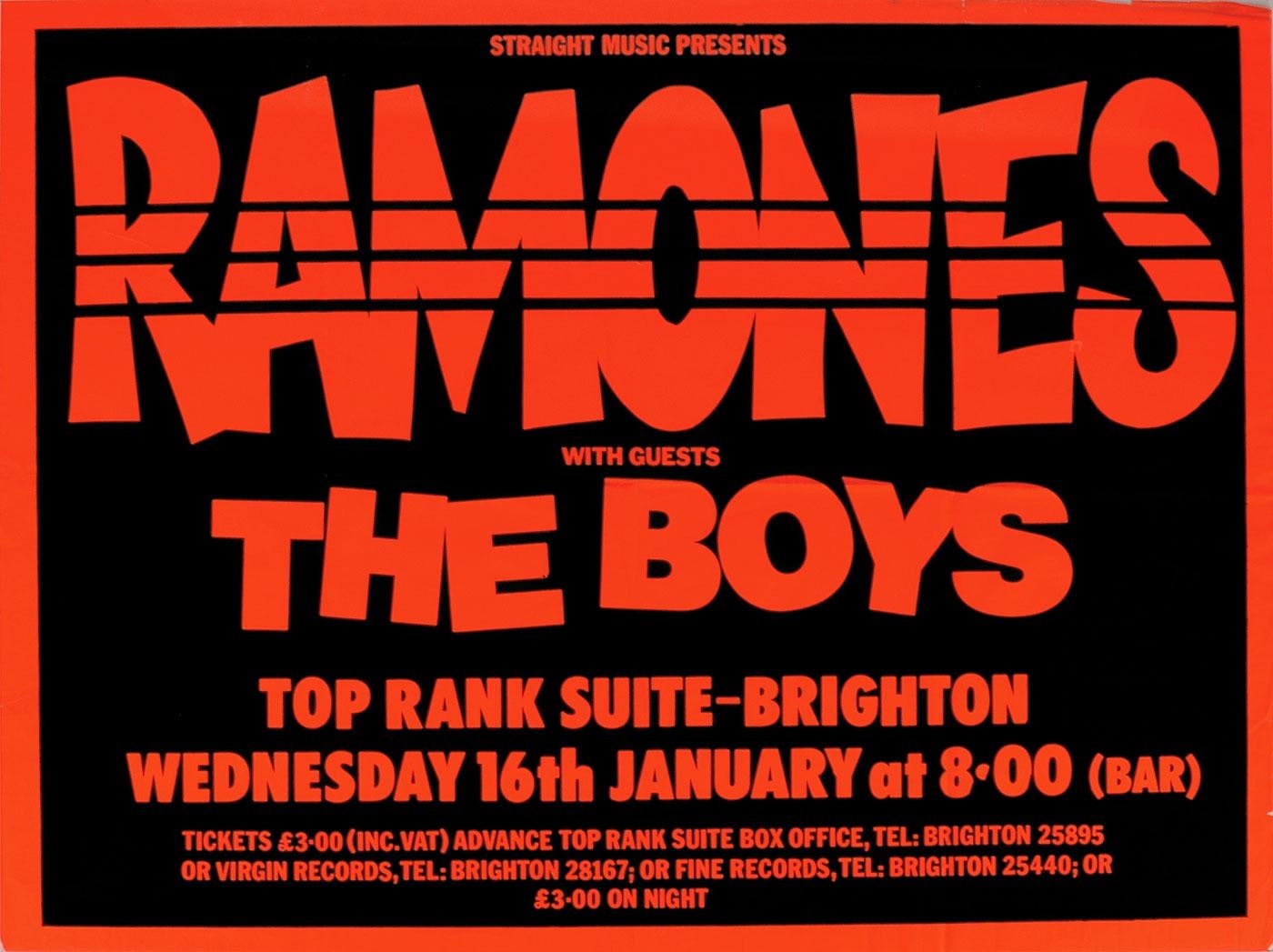 I suspect that because of this announcement and the fact that The Boys haven’t played here for decades, that this gig will sell out in super quick time! So before I go any further, here’s the link to grab your tickets – click HERE. If they have already gone, then a trip into Si’s Sounds record shop at 4a Station Street, Lewes Tel: 01273 483983 will be the order of the day.

Support on the night will come from outright punksters Menace of ‘G.L.C’  fame; and also Last Great Dreamers who are influenced by Mott the Hoople, The Clash, Hanoi Rocks, T-Rex and Ramones. See you down the front!

Background information on The Boys:

Along with the Sex Pistols, Clash and The Damned, The Boys were part of the first wave of the mid-1970’s UK punk explosion. Armed with an arsenal of killer Steel/Dangerfield songs The Boys became the first UK punk band to sign an album deal in January 1977. Highly regarded by the music press and their contemporaries, their well-crafted songs, together with Steel and Dangerfield’s love of harmonies, led to them being described as ‘The Beatles of Punk’ but they could (and should) just as deservedly have been compared to the Ramones ­– fast, alternately brattish and tongue-in-cheek, and gloriously anthemic.

As Last FM puts it: “The Boys made arguably one of the best LPs of the 70’s with their self-titled first album and provided the template for superior Pop Punk before even the Buzzcocks had got out of first gear”.

Matt Dangerfield had converted the tiny disused coal cellar of his rented basement flat in Maida Vale into a home recording studio/rehearsal room and as a consequence, 47a Warrington Crescent became extremely important in the development of the UK punk scene in the mid seventies. Mick Jones, Glen Matlock, Tony James, Rat Scabies, Brian James, Gene October, Sid Vicious and Billy Idol were regular visitors. Amongst others, The Sex Pistols, The Damned, London SS, Clash, Chelsea, Generation X and of course, The Boys, made their first recordings there. In this hotbed of creativity Steel and Dangerfield quickly forged a prolific songwriting partnership.

The Boys made their live debut at London’s Hope and Anchor in October 1976. Mick Jones, Billy Idol, Joe Strummer, Tony James and Gene October were in attendance for The Boys first performance. A mere handful of gigs later, they became the first UK punk band to sign an album deal when NEMS Records snapped them up in January 1977.

Having released two albums and three singles with NEMS, they moved to Safari Records in 1979 where two further albums and five more singles followed.

Over the years countless bands have covered The Boys’ back catalogue – from Argentina to Germany and Japan to the USA – and even more artists have cited The Boys as a major influence. 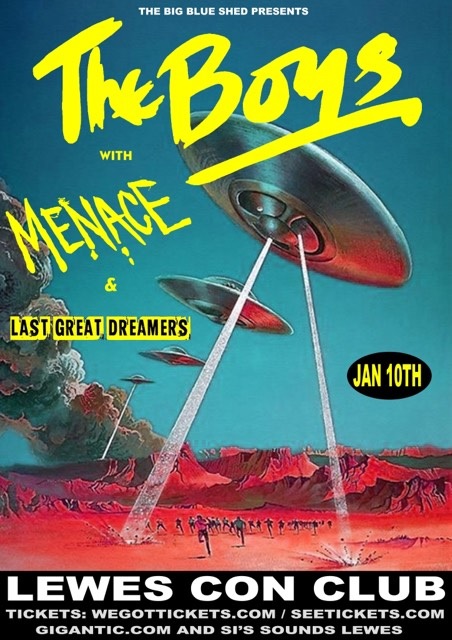