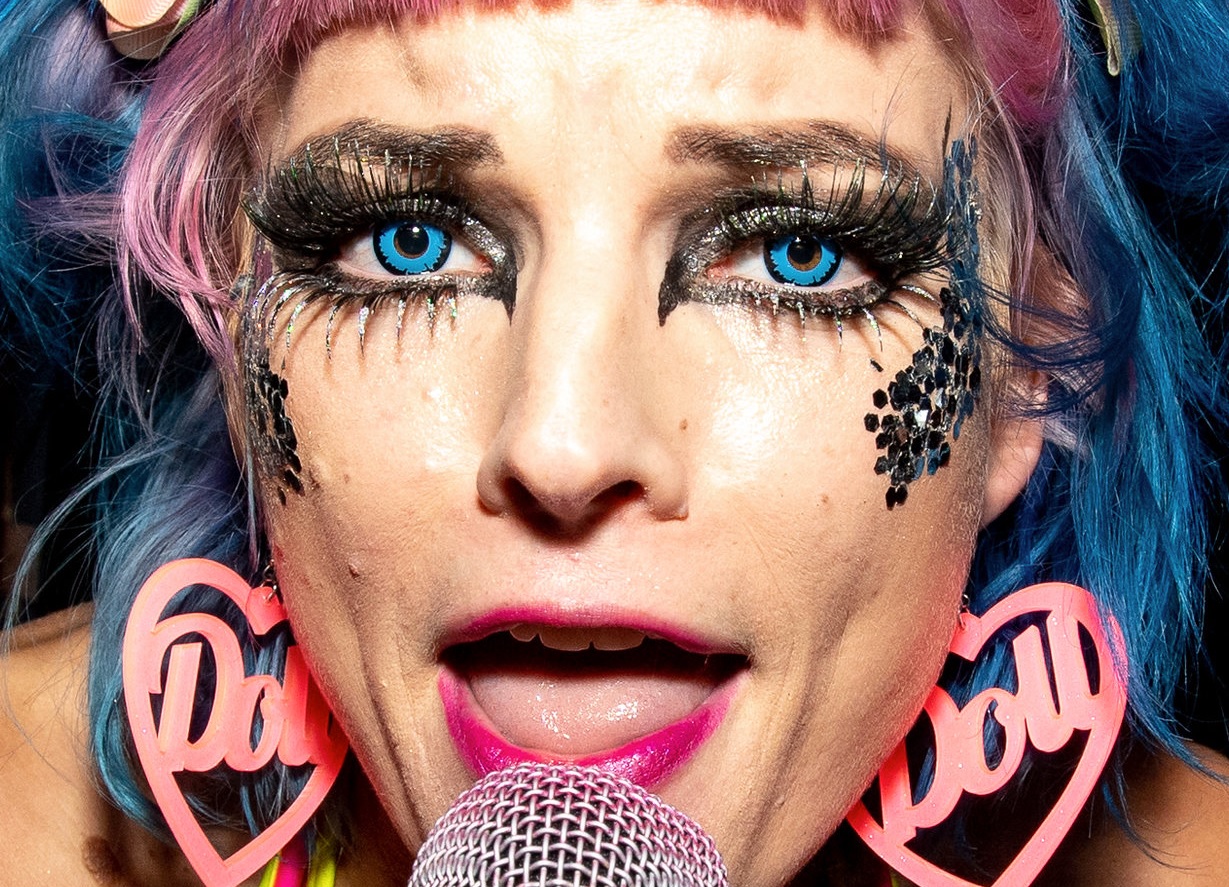 We always love a four-band bill at the Prince Albert in Brighton as it makes the jaunt out on a cold and wet Thursday night well worth the trip.

After all – the law of averages means there should be at least one decent act on the line up. And tonight we were delighted to find that the odds were in our favour right from the off. 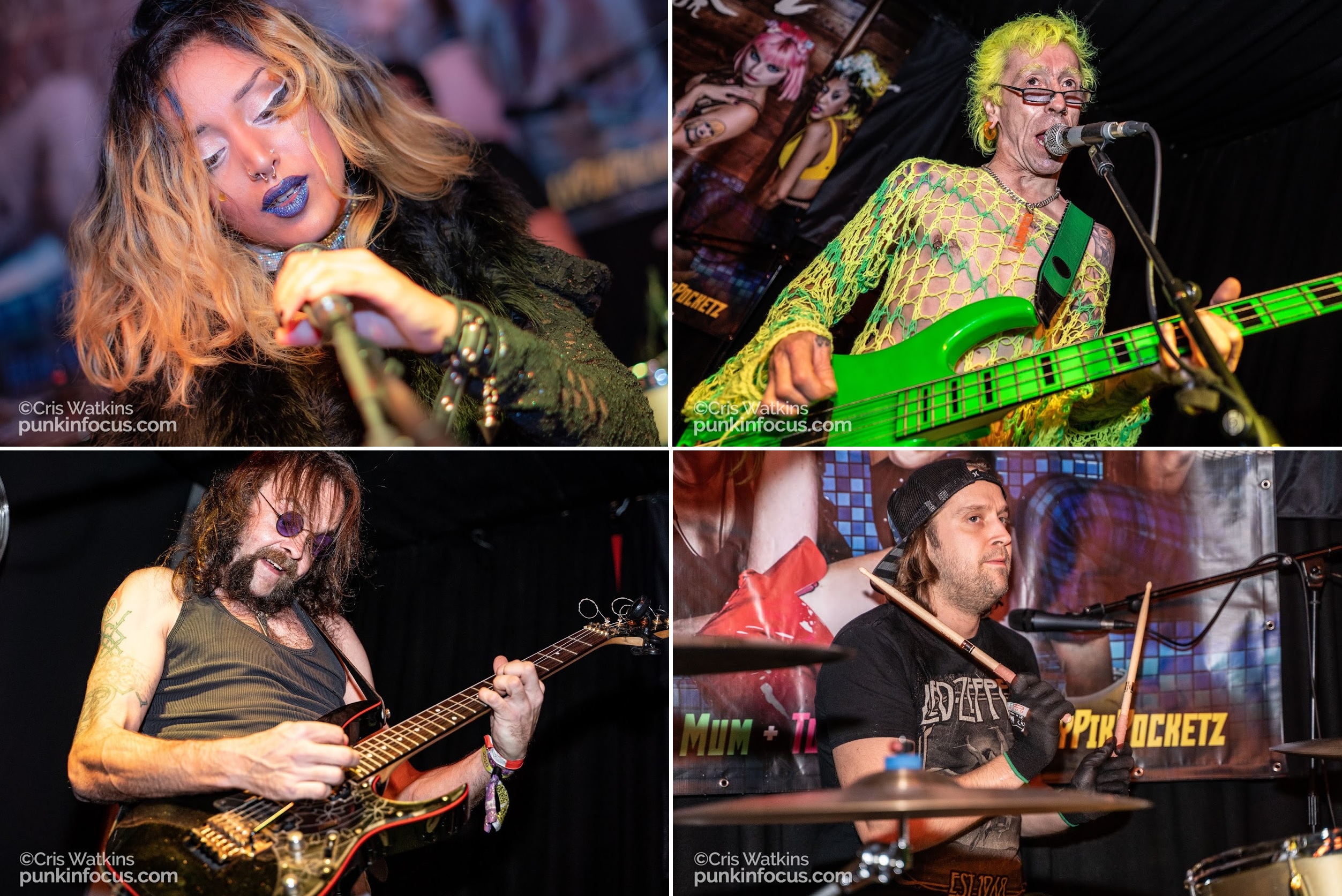 PollyPikPocketz formed in London in 2014 and offer up dirty grunge with a punk edge, and no shortage of energy! They are a vibrant and colourful mixture of style, culture, sex, musical influence and facial hair all puked into one. Those responsible for this are vocalist Myura Amara, Mat Kiki (guitar/vocals), Frog (bass/vocals) and drummer Shane Howard.

With a powerhouse of noise emanating from a very tiny person, Pollypikpocketz left us mulling over whether this was what the B52’s would have sounded like if they had decided to be a Ramones tribute band… 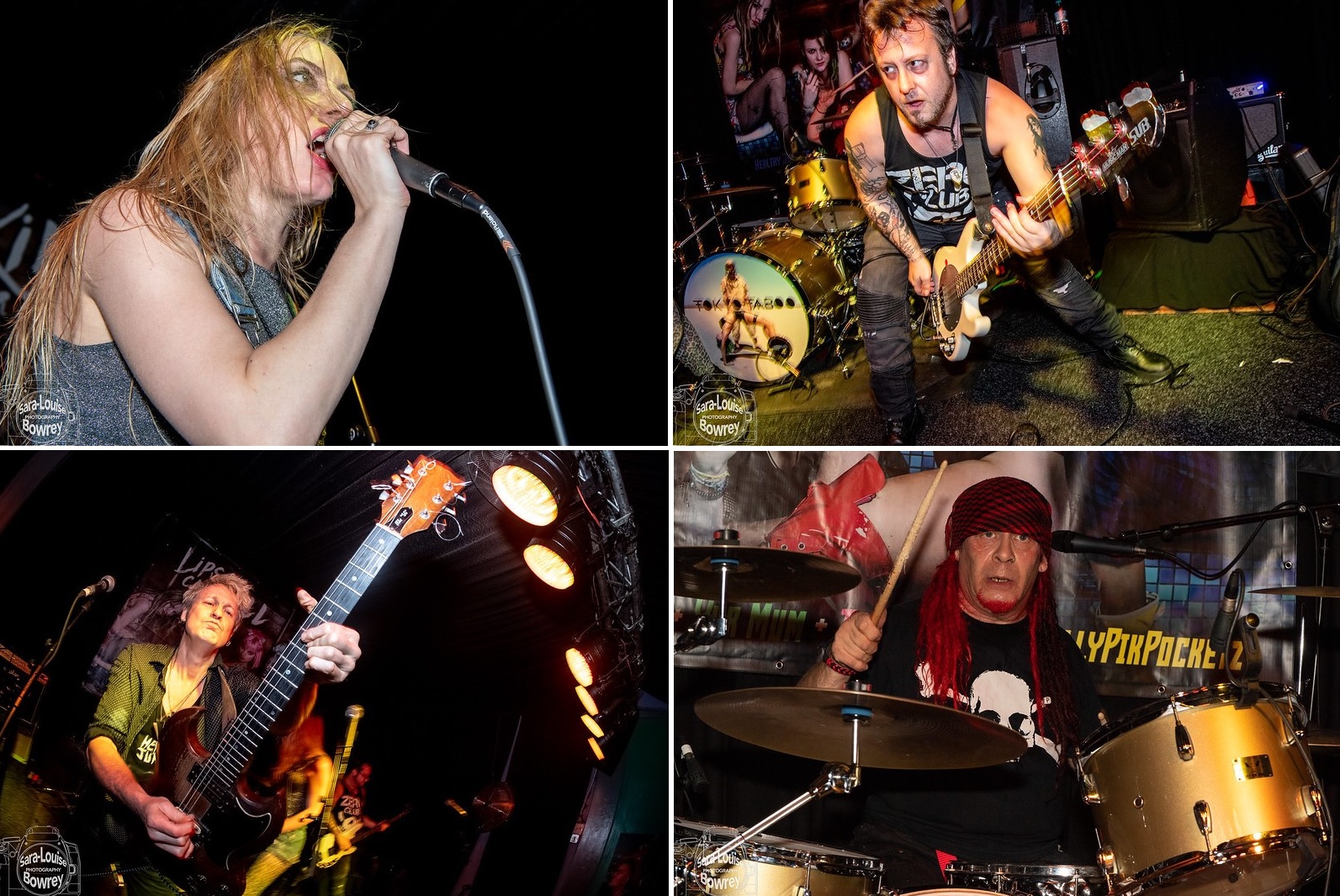 Next up was the glamorously noisy Healthy Junkies.

Healthy Junkies are a female fronted New wave punk grunge band, who are DIY and hungry with it! Lead punkster Nina Courson is glamorous and yet a rebel. She ran away from home when she was fourteen. In the seedy underworld of Paris, Nina found her true musical muse in David Bowie’s music, she then moved to London in 2007 to pursue her own rock n roll rite of passage. Completing the Healthy Junkies quartet are Phil Honey Jones on guitar, David Whitmore on bass and Pumpy on drums.

Here’s a band who have both the looks and the lifestyle to go with their elemental rock persona. Progenitors of the infamous ‘Punk n Roll Rendevous’ monthly live club night and free festival, Healthy Junkies retain a tuneful core to songs that are enveloped in drop-dead guitar riffs and a solid but wild rhythm section.

Healthy Junkies setlist:
‘All Is Said And Done’
‘This Is Not A Suicide’
‘Runaway Devil’
‘Give A Damn’
‘No Control’
‘The Sound Of My Guitar’
‘All Talk’
‘Play Me’
‘D7’ 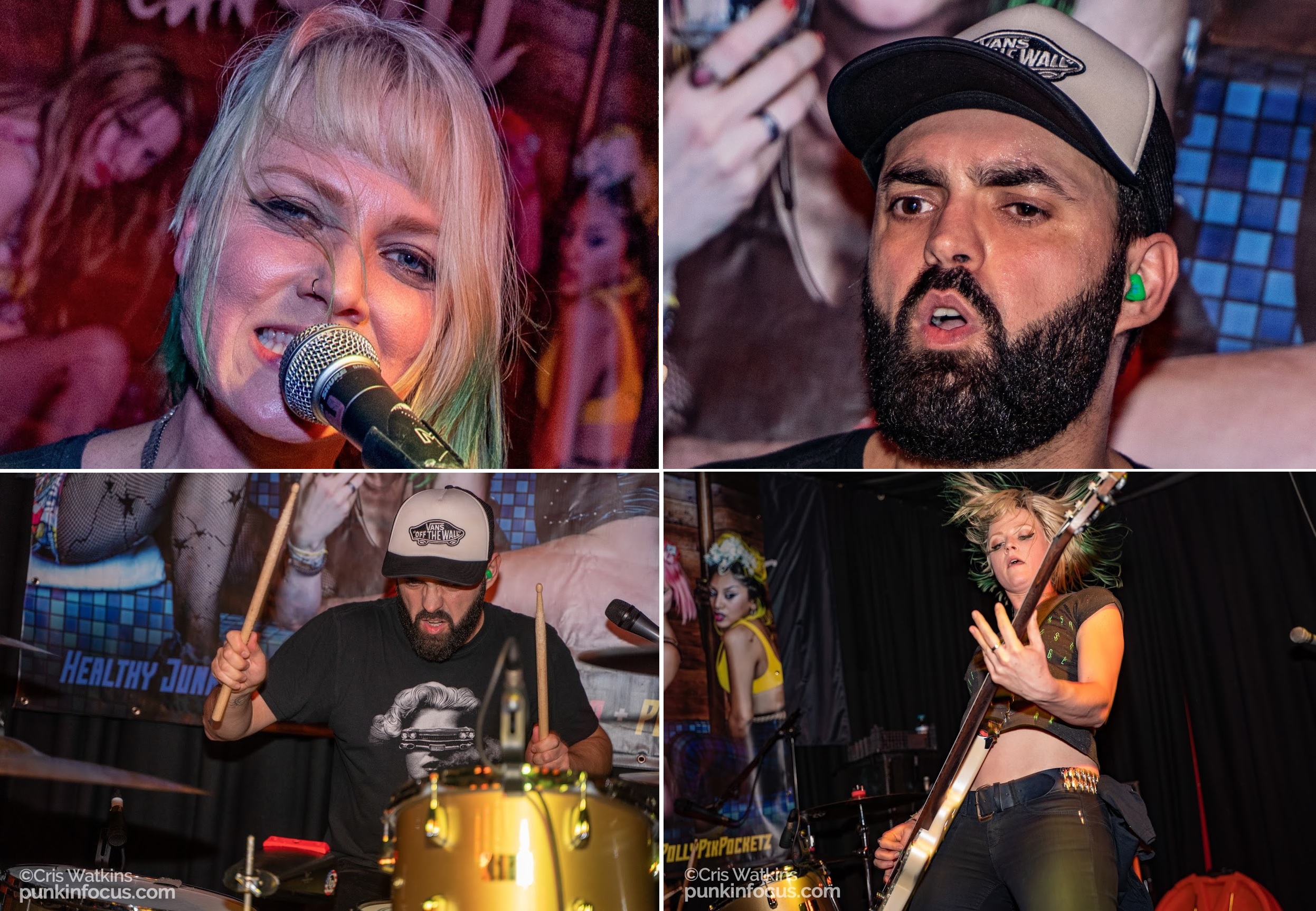 Yur Mum was established in 2016 and are a multicultural rock band who have a disregard for fashion and are based in London. The band is now a duo comprising of Anelise ‘Anie’ on vocals/bass and Fabio ‘fɑh-bioʊ’ on drums. Their music is raw, loud and honest. They call it ‘road rage’ rock. On stage, Yur Mum is energetic, cathartic and unapologetic.

Yur Mum… despite the missing apostrophe (the grammar police would be grinding their teeth and demanding it to be ‘Y’ur Mum’ in the contracted form) were straight out of the blocks with some unadulterated and unapologetic sweaty, shouty, and quite simply honest punk-infused bullets in the head. Fast, furious, but somehow musical too, Analise and Fabio set a pretty damn high bar for the rest of the night. 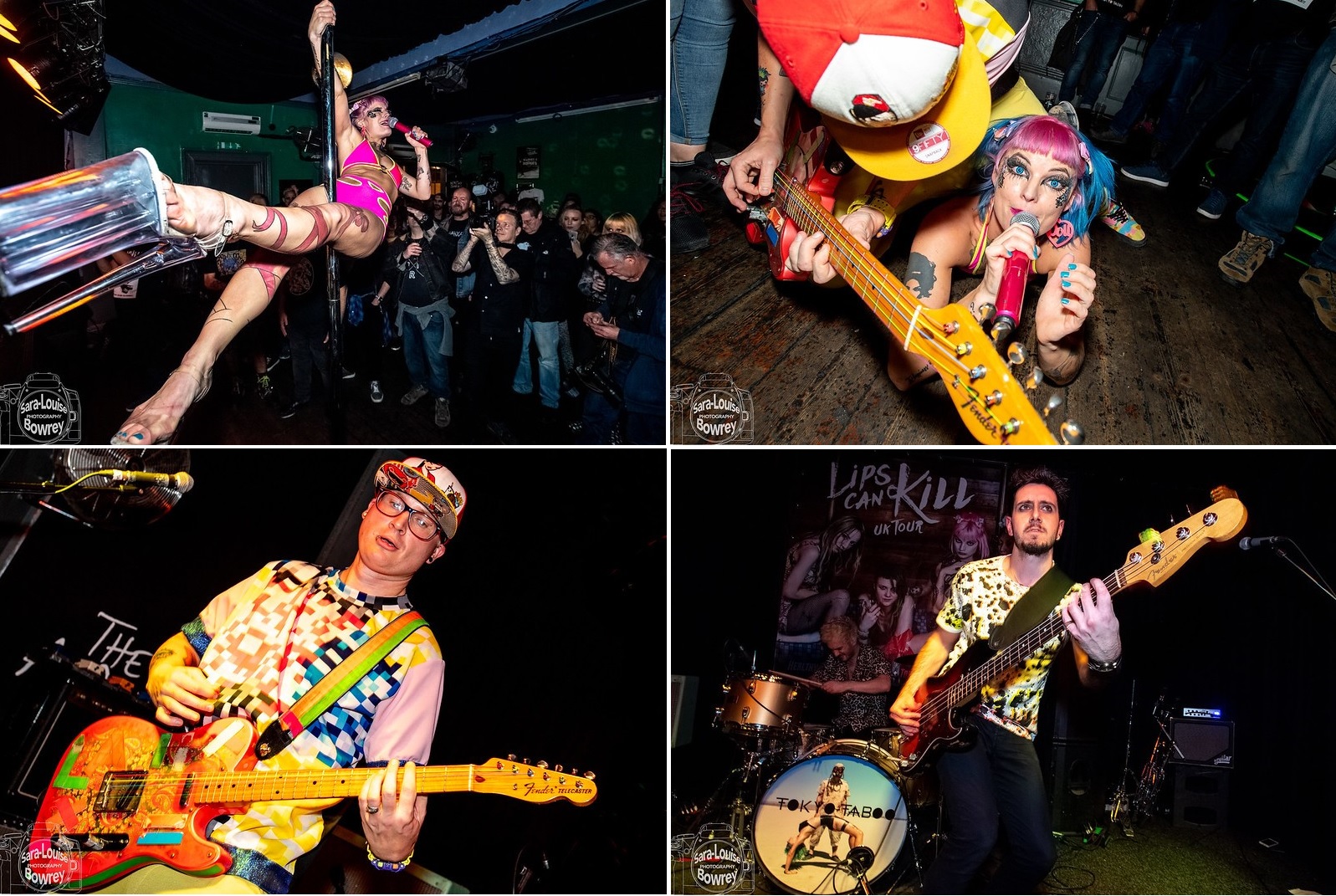 And finally it’s the turn of Tokyo Taboo.

Tokyo Taboo are composed of the feisty and ferocious pair Dolly Daggerz and Mickey Danger. Following their debut album ‘6th Street Psychosis’, the London band have now announced their highly anticipated second album. Taken from the album, new single ‘Whiskey’ was released on the 4th of October via TT Records. The Riotous rockers have built quite a reputation for their spectacular, character driven, and often shocking vibrant live performances. With glowing comparisons to Deap Vally, Halestorm, and Juliette & The Licks.

If anyone had any doubt that tonight was a celebration of women who rock this was the moment when any such ignorance was blown out of the window.

Lock up your sons (and your daughters) Brighton, because nobody is safe on the streets tonight after this blistering four-piece are finished with ripping a strip out of the Albert’s newly refurbished upstairs room.

We love they list Transvision Vamp amongst their influences, and we’re old enough to know that is something that actually means something.

Tokyo Taboo offer a totally spectacular full assault on both the ears and the eyes. When not pole dancing, Dolly Daggerz spends barely a minute up with the band, instead writhing through the crowd, and using the bar as makeshift stage. Her lyrics are often dark and quite haunting but there’s energy, catchy hooks, building crescendos and addictive choruses. This is a really successful marriage of a multitude of styles and is a suitably uplifting end to a powerful night of great bands.

That said we do leave with a slightly confused sense that we’ve just been to a stadium pop concert headlined by a hair-metal 80’s new-wave indie punk phenomenon.

More photos from this concert HERE. 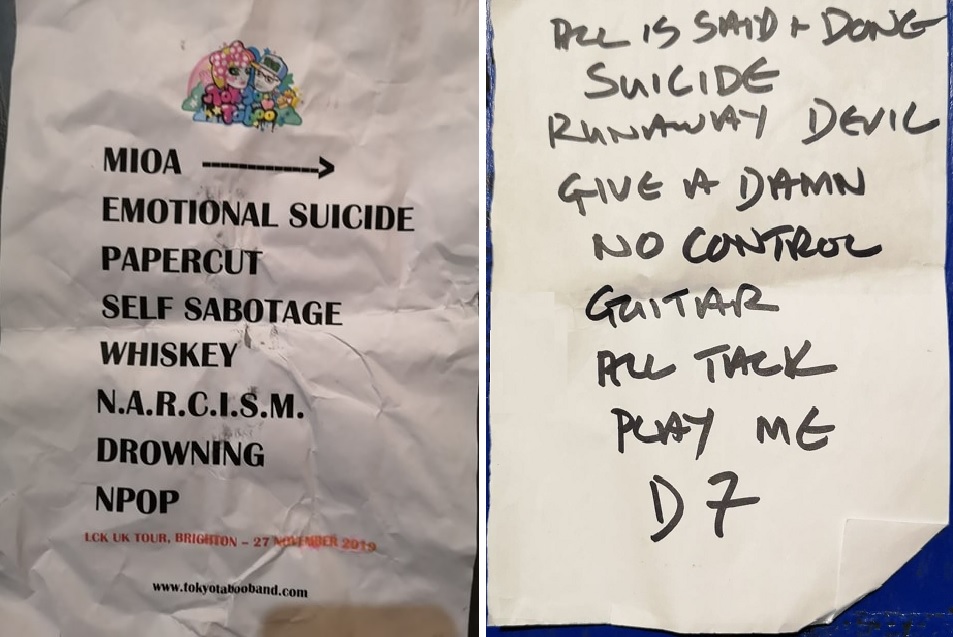 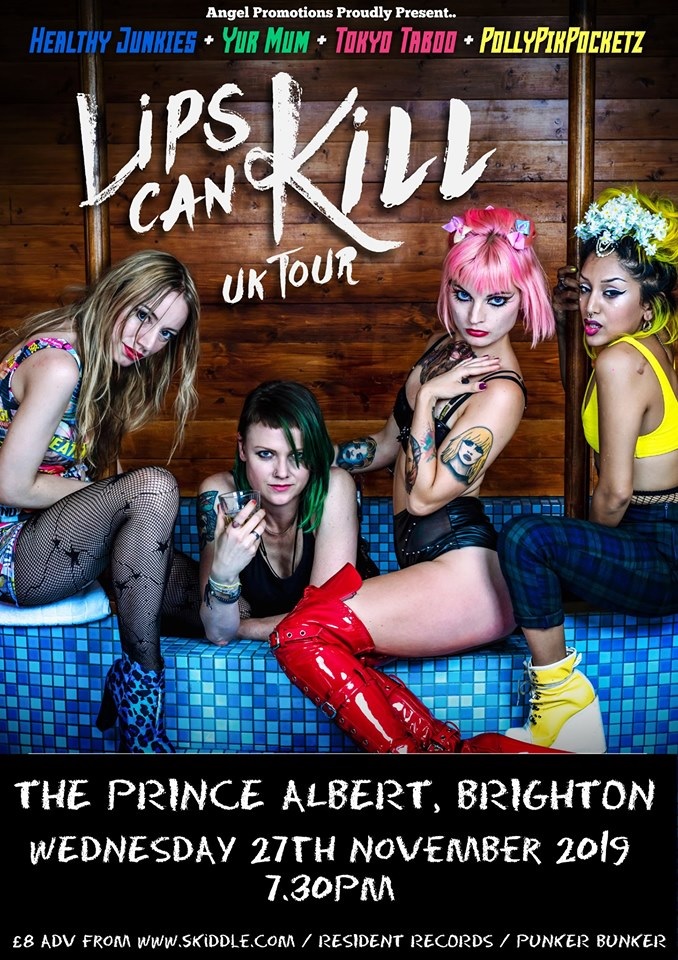