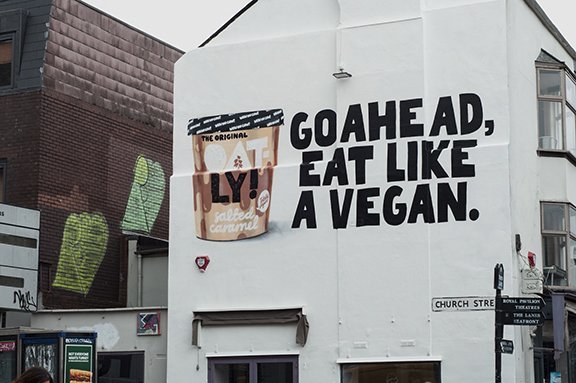 The agency behind the Oatly mural in the North Laine says no more ads are planned there while it talks to the council about the future of the wall.

Hoxton-based Global Street Art applied last month for planning permission for the vegan ice cream ad on the building on the corner of Gardner Street and Church Street.

They have a contract with the owner of the building allowing them to paint murals on the wall and were also behind the previous mural for Bombay Sapphire.

Both of these murals were criticised by the Brighton Society as technically being in breach of planning rules which say commercial murals must get permission.

The mural is being allowed to stay up for advert’s originally planned 28 day run – but now the agency and planning officers are in talks about what happens there next.

In the meantime, an ice cream mural by Aroe MSK is planned to take the place of the Oatly ad after it’s painted over next week. 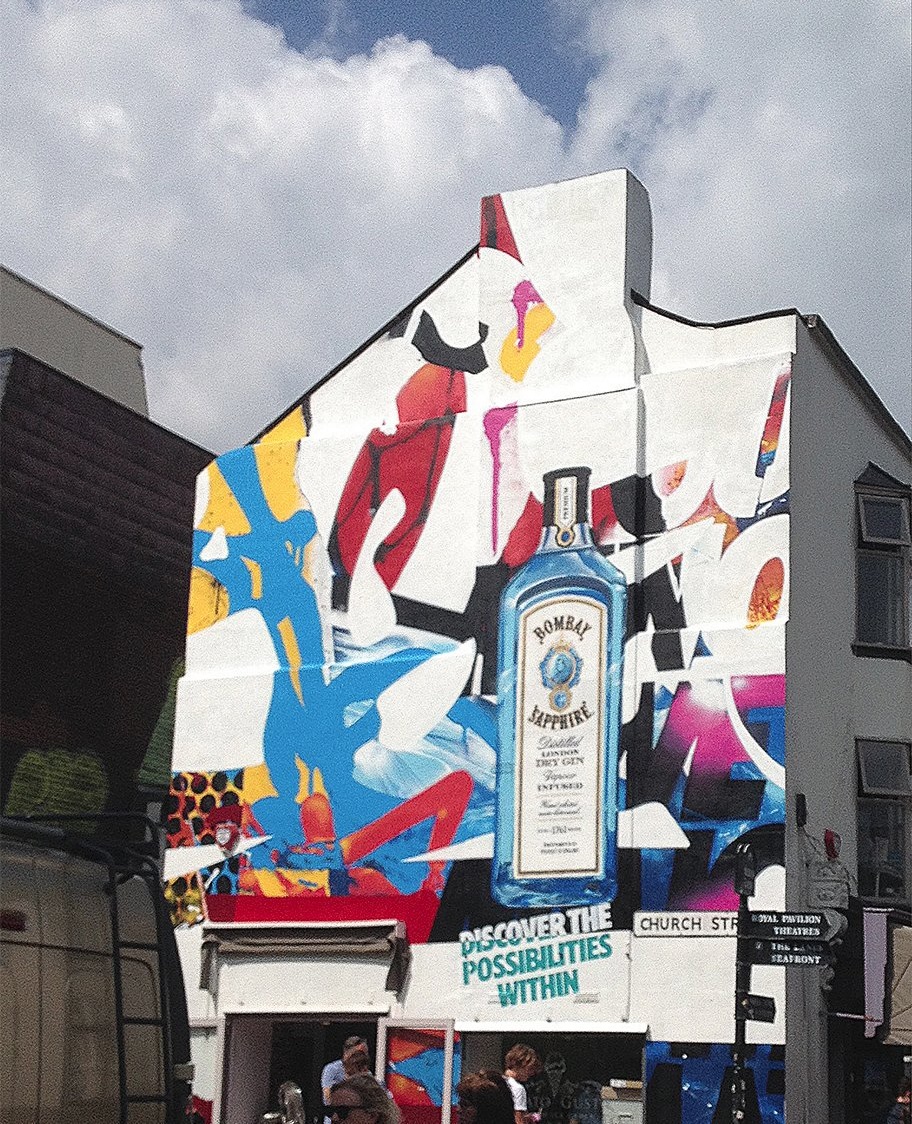 The Aroe MSK mural with the Bombay Sapphire ad. Picture by Brighton Society

Lee Bofkin, CEO of Global Street Agency, said: “We are keen to work with the local community and planning officers and we are in active dialogue with Brighton Council about the future of this wall. As conversations are ongoing, we do not know yet what that will look like in 2020.

“We do not own the freehold or leasehold of the wall however we do have a legal contract regarding a right to both paint mural art and sponsored murals on the wall into the foreseeable future.

“It was our understanding that the wall has been in continuous use as a mural site for over a decade, including commercial murals. For example, there was an advert painted on the wall around 2009/2010 for a shoe company. This wasn’t painted by us as we didn’t exist then.

“In the short-term we were hoping to paint a pure art (no brand) mural working with legendary local artist Aroe. This would be an ice cream based artwork to remain in keeping with the ice cream store on which it’s painted. This would be subject to landlord consent.

“We have no plans to paint any other sites in Brighton.”

Brighton and Hove City Council is currently holding a public consultation on proposals to tackle “the scourge of graffiti and tagging in the city”, which runs until 15 December.

In the past, it has taken action against commercial murals. The Taste of Sahara restaurant in Western Road was told to paint over the restaurant name and details.

Pie Society next to Churchill Square was also told to take down its colourful mural – but the company went bust before this could be done.