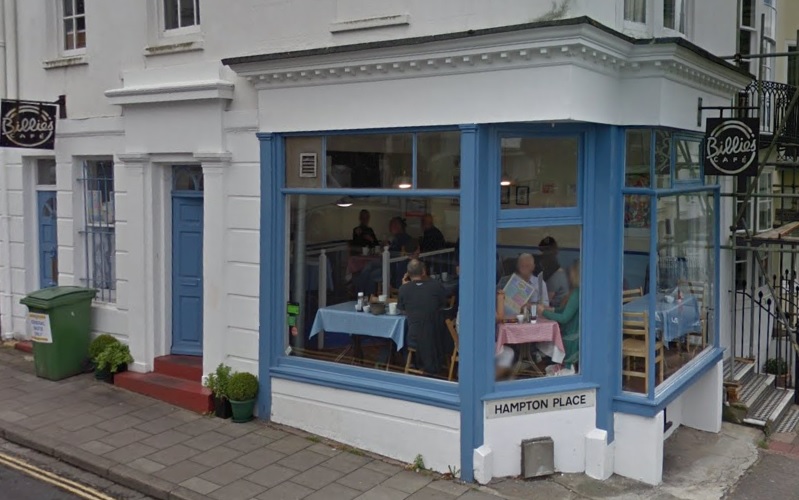 Crozier targeted two branches of Billie’s Cafe, including this one in Hampton Place, Brighton

A burglar faces a prison sentence after he admitted a spate of break-ins at cafés and business across Brighton and Hove.

He then targeted Billie’s Café in Goldstone Villas, Hove, on the same day, Baked Café, in Church Road, Hove, on Saturday 19 October, and another branch of Billie’s Café, in Hampton Place, Brighton, on Thursday 24 October.

Last Friday (6 December) he admitted all these burglary charges, as well as one count of shoplifting from Farah, Duke’s Lane, Brighton, on Thursday 24 October.

He also admitted twice fraudulently using a card belonging to Technopolis, in May, and of being found with a butter knife in TK Maxx in North Street last Thursday (5 December).

The charges came as a result of an investigation by Brighton and Hove detectives into a spate of business burglaries in the district.

Detective Constable Paul Heal said: “A lot of damage was caused to the properties in four of the burglaries which has had a significant impact on the businesses involved.

“We are pleased to have identified the man responsible for these burglaries and to have secured a guilty plea which means those involved are saved the stress of a trial.”

Crozier, 28, unemployed, was remanded in custody for sentencing on Friday 3 January.