Tonight’s event at the Dublin Castle is billed as a ‘Festive Grrrlesque Burlesque Rock N Roll Party’, and there are indeed burlesque acts between the bands, which makes this one of the more unusual gigs I’ve been to. However, we shall restrict our review to the bands playing.

My main reason for attending tonight was to see The Weird Things, who I had been very impressed with in April when I’d seen them at the Cro-Cro Land Festival in Croydon. (Read the Brighton & Hove News review of that event HERE). However, tonight’s show is opened by PollyPikPocketz whose existence I had been blissfully unaware of until they stepped onstage tonight. 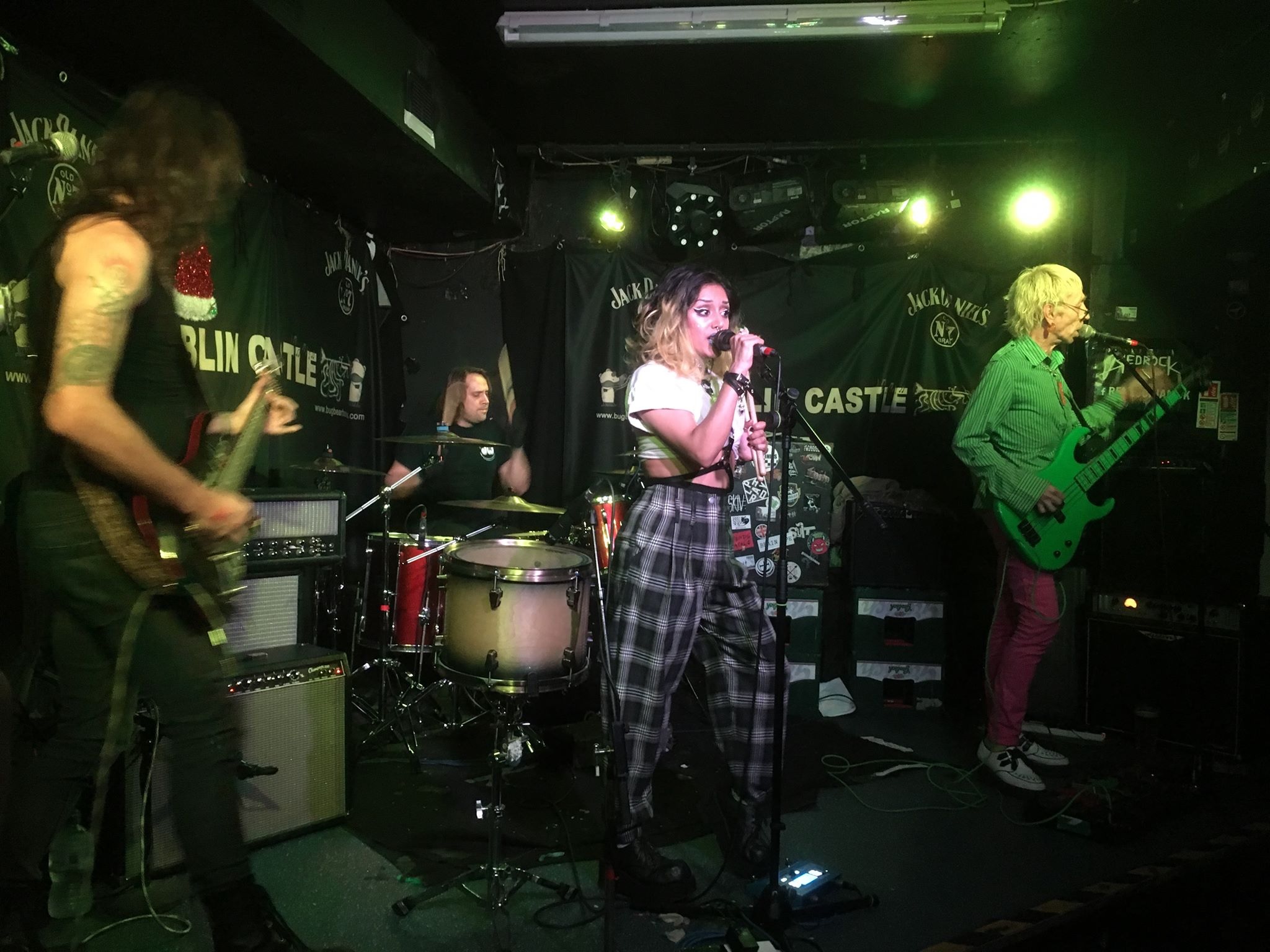 This is a great shame as they are an excellent band. There are some bands who seem to just appear fully-formed, and PollyPikPocketz are one of them. They are a heavy rock rather than metal band, and in Myura Amara they have a superb front person and singer. The band’s playing is faultless, and they seem to specialise in very socially aware lyrics, such as in ‘Hands Off Muthef*kka’, which they dedicate to the newly elected Conservative Government. I was sufficiently impressed to buy their album. ‘Nuff said methinks. 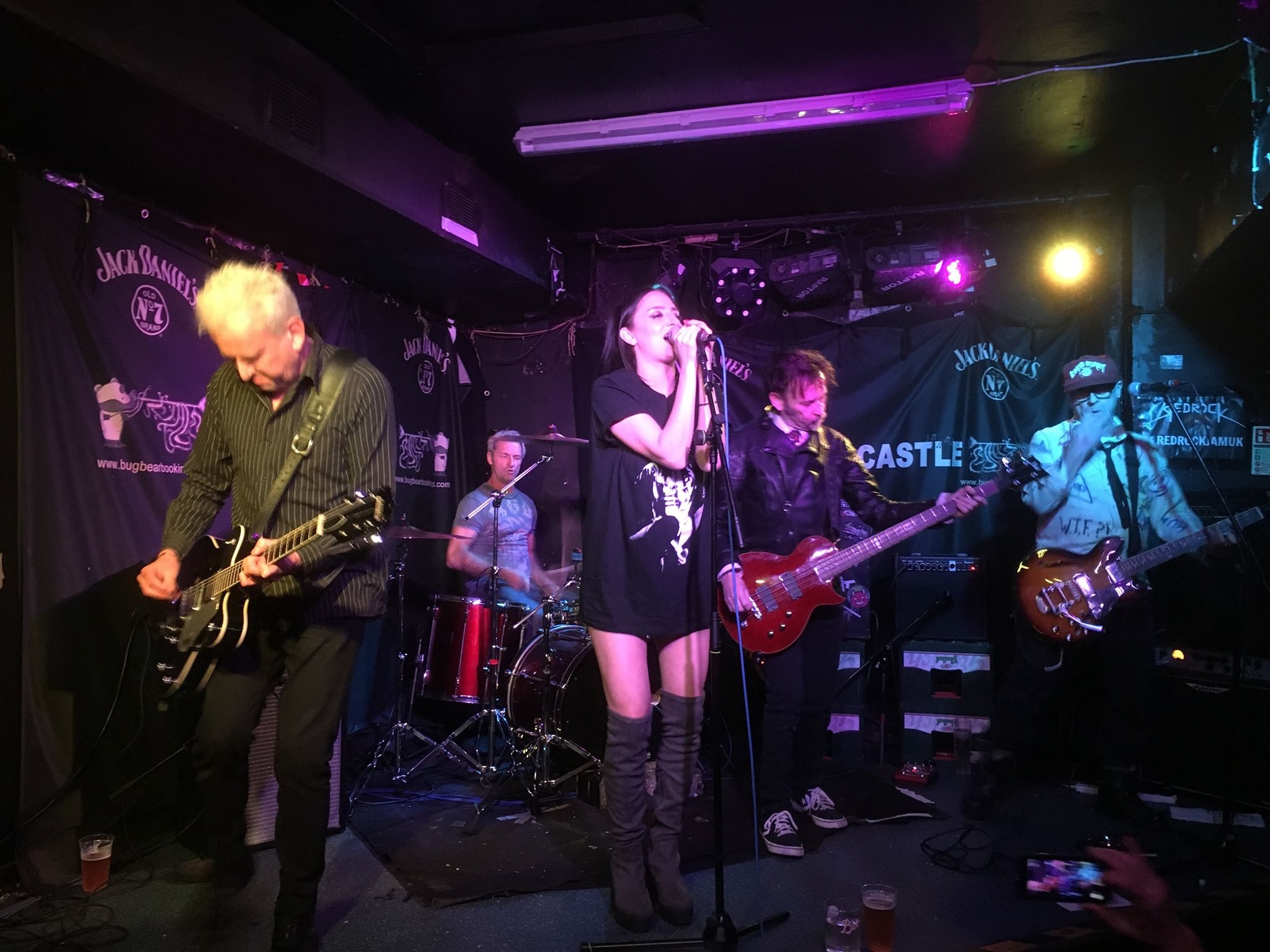 When I saw The Weird Things at Cro-Cro Land it was one of singer Leila’s first gigs with the band. She had previously been a backing vocalist, but stepped up to lead vocals when the original singer left. She gave a creditable performance back in April and has gone from strength to strength. Since then The Weird Things have released a new self-titled album, much of which they perform tonight. The songs are tight and tuneful and sound as if they could have been written and recorded in 1978, which is a compliment incidentally. 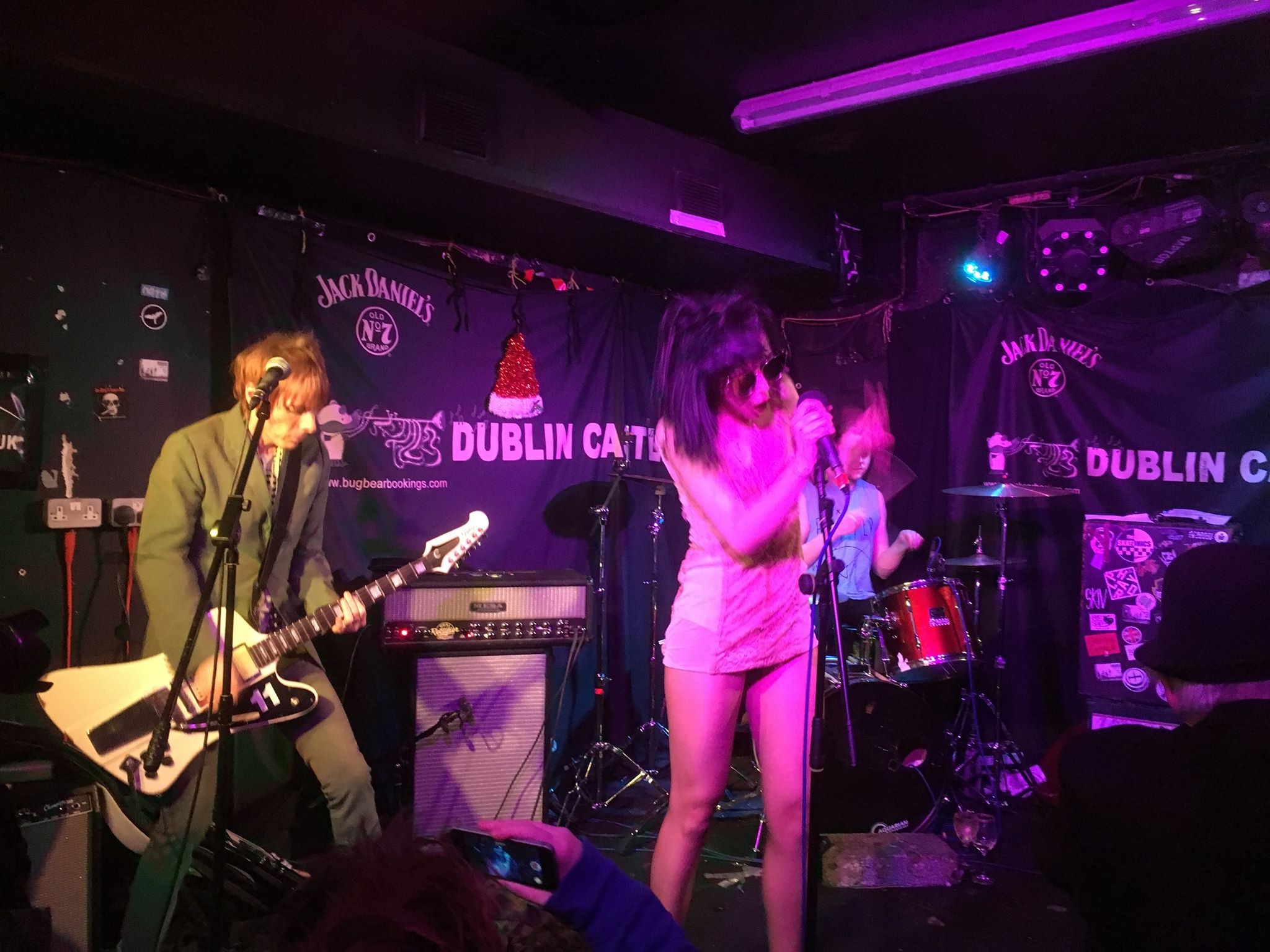 Unfortunately this distracts from the music, which is really rather good. There are clear Stooges and Patti Smith influences, which makes for a cracking live show. The songs are good too. It’s just a pity about the wardrobe malfunctions. It could be that these are intended to show a degree of abandon within the performance, but it really isn’t necessary. If anything it cheapens the performance, which is too good to need such a distraction. Starsha Lee are a damn good band, and I doubt that they’ll be playing venues as small as the Dublin Castle for much longer. 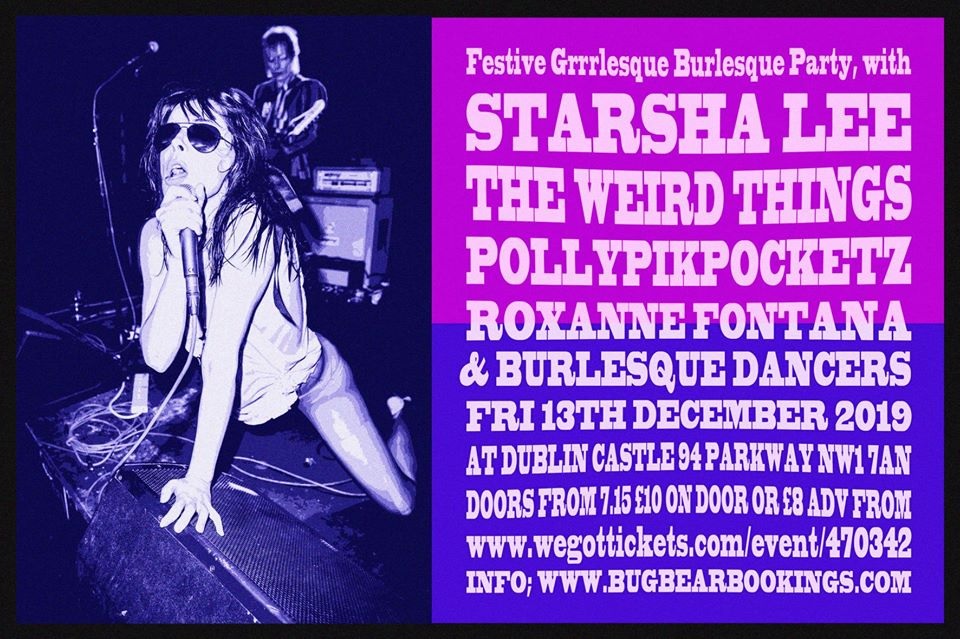