The Guardian has cleverly played on the well-known line from its former editor and owner CP Scott that “comment is free”, giving the phrase a financial twist.

Scott, who went to school in Brighton and Hove, wrote those words in 1921 under the headline “A Hundred Years”, marking the paper’s centenary. Soon it should reach its bicentenary despite years of financial losses.

A mere 10 years have passed since Brighton and Hove News began serving our city by the sea. In that short time, we have wrestled with a public appetite for news that is free – free to consume – and in our case, free from party or other affiliations.

Scott’s sentence “Comment is free but facts are sacred” followed a line about the “primary office” of a newspaper being “the gathering of news”, adding: “At the peril of its soul it must see that the supply is not tainted.”

Well, the gathering of news – especially untainted news – is not free in the financial sense. It costs money. And in the same essay, Scott also wrote about the other side of the coin.

He said: “A newspaper … is a business, like any other, and has to pay in the material sense in order to live.”

Brighton and Hove News is published online rather than in print, which helps to keep our overheads down. But we still have overheads even as we – and publishers like us – operate along similar lines to a cottage industry, albeit in a digital world.

Some describe websites like ours as “hyperlocal”. The term, to me, seems to diminish what we do.

In covering a city of almost 300,000 people, we do the things that were traditionally done by a local newspaper.

We report from the courts, the council chamber and the health trusts. We cover crime, education and transport. We attend inquests, planning inquiries and all manner of other events, including local and general election hustings and counts.

For 10 years we have covered our local football team, Brighton and Hove Albion, now playing in the Premier League. And we probably publish more previews and reviews of the arts – gigs, concerts and stage shows – than any of our rivals.

We also provide a platform for comment and a forum for debate. We try to report and reflect and chronicle what is important in and to our community.

Some of it matters most to a small section of that community. Some of it has been headline news not just in Brighton but around the world. But predominantly our journalism is about the public interest. 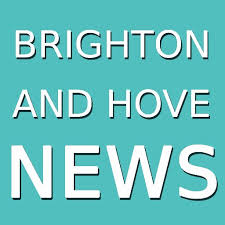 How have we paid for all this? Initially we supplied other publishers with quality original reporting. We still do this but, over the past decade, editorial budgets have become tighter.

So a few years ago we redesigned our website and started to take advertising, including sponsored editorials, but we were keen that the adverts supplemented our journalism rather than overshadowed it.

And we benefit from some external funding from the BBC Local Democracy Reporting Service which has enabled us to enhance our coverage of the town hall.

There are other big organisations now taking an interest in how local news is funded and we will explore the opportunities that arise.

As yet, though, all this is not enough. So we supplement what we do with a modest amount of freelance work – but this is our living. You might even call it our vocation.

We would like it to be sustainable which is why we operate a cautious financial model, with no borrowing and no debts and a low cost base but we want to earn enough to give Brighton and Hove News our full-time attention.

That’s why this 10th anniversary feature is so focused on the money. We value what we earn but we would value your donations too as we try to improve what we do.

Maybe in another 10 years’ time, I’ll be asking something else and telling a different story, although I hope to keep heeding the Guardian’s great Scott.

In the meantime, to all our readers, to everyone who sends us news and pictures and to all who donate, thanks for your continuing support.