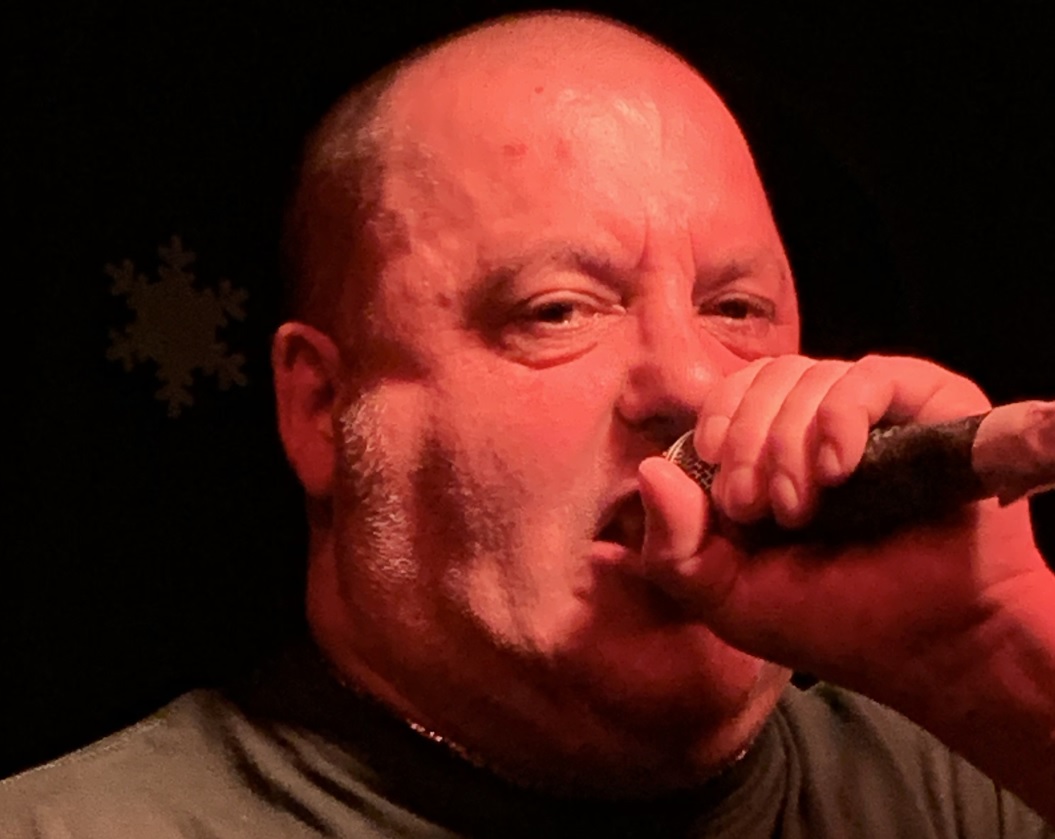 Well here we go again for night two. Last night with Skurvi was brilliant and that spurred me on for tonight’s offering. When I first arrived at The Prince Albert it was great to see everyone, with many coming back for another blast from Peter And The Test Tube Babies.

I had a long chat with the promoter and we were trying to work out how many of these annual events have taken place. We came to the conclusion that it was 5 years, a fact that has now been confirmed by Test Tube Del Stangefish who informed us that…“The annual Christmas bash started off five years ago as the ‘Del Strangefish Show Christmas Party’ at The Montpelier Inn (at 7-8 Montpelier Place, Hove) to raise money for RadioReverb. The venue closed down and the event was relocated to the larger The Prince Albert in Brighton. But despite that, for the first year there, some fans were queuing outside and could not get in and so it was decided to add a second night of Test Tube mania for the following year”.

As a tradition with these Christmas bashes, the support bands tonight were different from last night and so first up this evening were Penny Blood who hail from the Brighton area and are fronted by Jim Pheelan. I have seen the band a number of times this year as they supported the Vibrators and the Soap Girls. Penny Blood have two ex-members of Peter And The Test Tube Babies, namely ‘H’ and Dave O’Brien, with the line up being completed by Jim Phelan on vocals. Jim has also played in another band called the Pig City Angels. Over the past two years since I first saw them, these guys have gone from strength to Strength. I really enjoy their set.

Tonight started with ‘Superbad’, The crowd in The Albert was building and more and more flooded into the upstairs room. Everyone seemed to be enjoying it from the first number, with a few dancing up at the front. I was reflecting on what a great PA and sound they have at this venue.

Penny Blood sound great and each time I see them, the performance has more power and flair. Jim really had that guitar sounding great tonight. All three of the band members share some really funny banter, which made this a real fun filled set. It was great to see ‘H’ up there and he seemed to be really enjoying it. The third song they performed was ‘Hold On’, which is turning into one of my favourites. Dave on the drums really went for it tonight and was impressive throughout. The whole set was great and the highlight for me was ‘Feeding Time’. I have grown to love this song and tonight they totally nailed it.

Next up are a personal favourite for me – Viki Vortex & The C**Shots. I have seen them a fair bit over the years and know them well. The band was formed in 2008 in Girona, Spain and consists of 70’s punk band The Spurts and Viki Vortex. The drummer Theo (aka Anthony Theodotou) also plays for The Long Tall Texans.

As with last year, I was fortunate to catch Viki, Steve and Theo before the gig and they mentioned that the band have penned 10 new songs for their new album, which we are all eagerly awaiting.

Tonight’s set kicked off with ‘Buzzbomb’. This band have a very unique sound and Viki has an amazing stage presence. Someone in front of me said that she is like an actress with captivating facial expressions that make her performance great fun. Steve Manuel on the lead guitar provided the great raw energy sound and Theo provided the fast rhythmic beat that I always love about this band. Second song in ‘Plastic Fantastic’, this one always gets the crowd going with tonight being no exception. I would have liked Viki’s vocals a bit higher, but that doesn’t detract from a great set from the band.

My highlights of their set tonight ‘Police Car’ and ‘Fluffer’. The performance was really well received by The Albert audience tonight. I can’t wait for their new album. 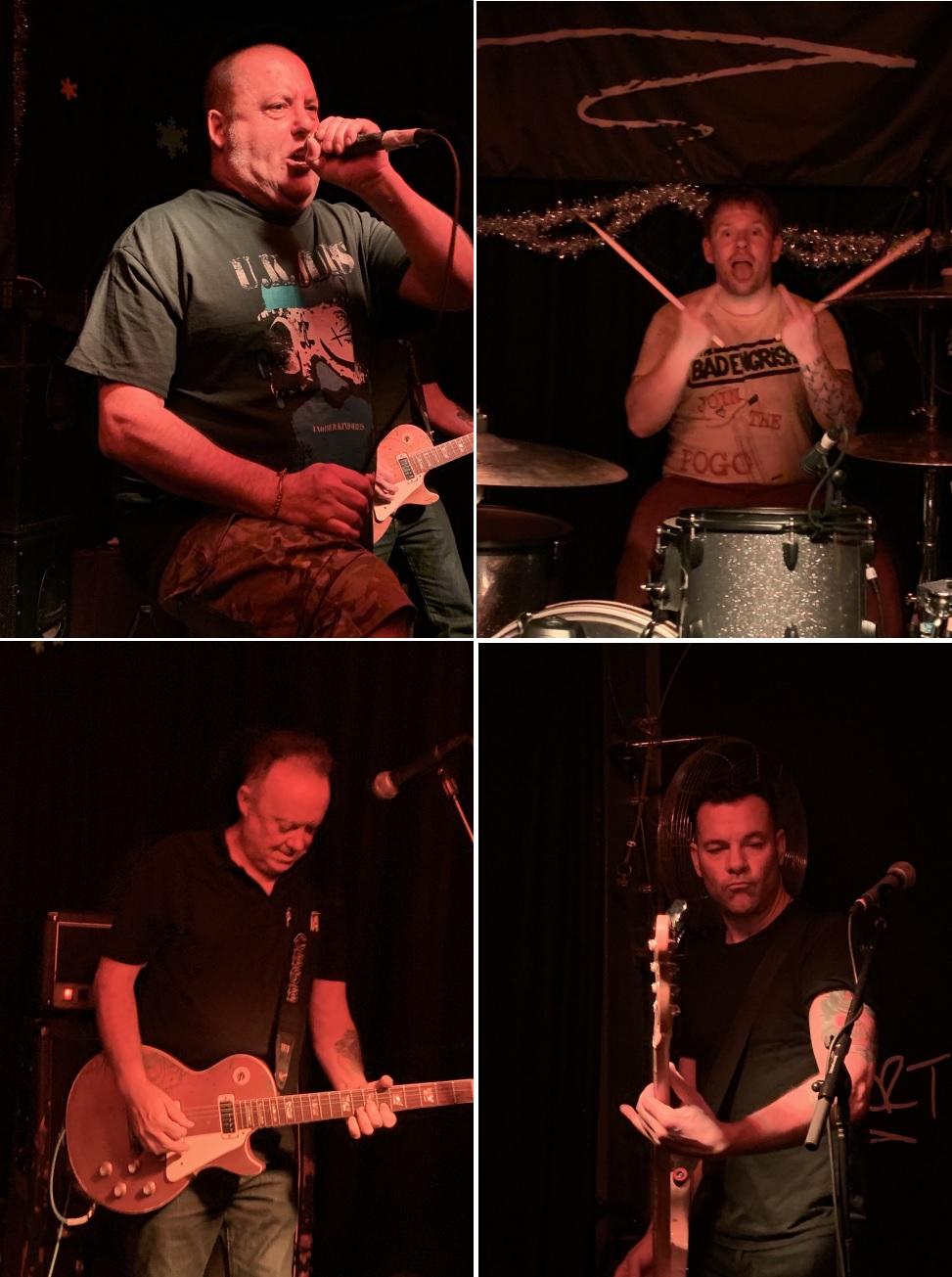 I have followed the band for the past 41 years and reviewed their gigs a number of times recently and it is always different and brilliant. The last review I did being the gig at Lewes Con Club with the UK Subs. What a night that was. The venue was stacked and I had never seen it so busy. I was at the Albert on the first night (Friday 27th) and it was as brilliant as ever, taking me back 41 years to being 14 and loving the new punk sound back then.

Tonight’s escapades kicked off with ‘Moped Lads’. The sound great and I was right up the front. The crowd around me quickly formed into a mosh pit and all hell broke loose. Next up ‘Run Like Hell’. I just love it! Del is amazing on the lead guitar and drives the songs from the first note, which makes you want more. Nick is awesome on the bass and a real showman. Sam was quiet last night, but more than made up for it tonight. He makes it look effortless behind his drum kit and I really rate this guy.

When the first few notes of ‘The Jinx!’ started the moshpit grew even more frantic and I needed to move out of the way. Next up ‘Never Made It’, which always raises a smile, especially with those that have never heard it before. Next ‘Every Second Counts’, and then a new one for me ’Facebook Loser’, which is to be released as a new single, along with a new album titled ‘Fuctifano’ in early 2020.

When the first notes of ‘The Spirit Of Keith Moon’ sounded, the crowd around me went mad and I was knocked off my feet and ended up with about 4 people on top of me. I was fortunately rescued by others in the crowd who got me to my feet. Thank you whoever you are! It didn’t stop me enjoying my favourite song of the night.

The set was almost the same as last night except for the addition of ‘The Queen Gives Good **** Jobs’ which followed ‘Facebook Loser’. The whole gig was just brilliant with Pete up front giving it only as Pete can. He has a great rapport with the crowd and there were some really funny moments.

Both nights were awesome and will never tire of seeing this band live. Peter And The Test Tube Babies never fail to give that real nostalgic feeling of great punk rock. Thank you Pete, Del, Nick and Sam for a fantastic Christmas treat – You smashed it!!! See you again in 2020 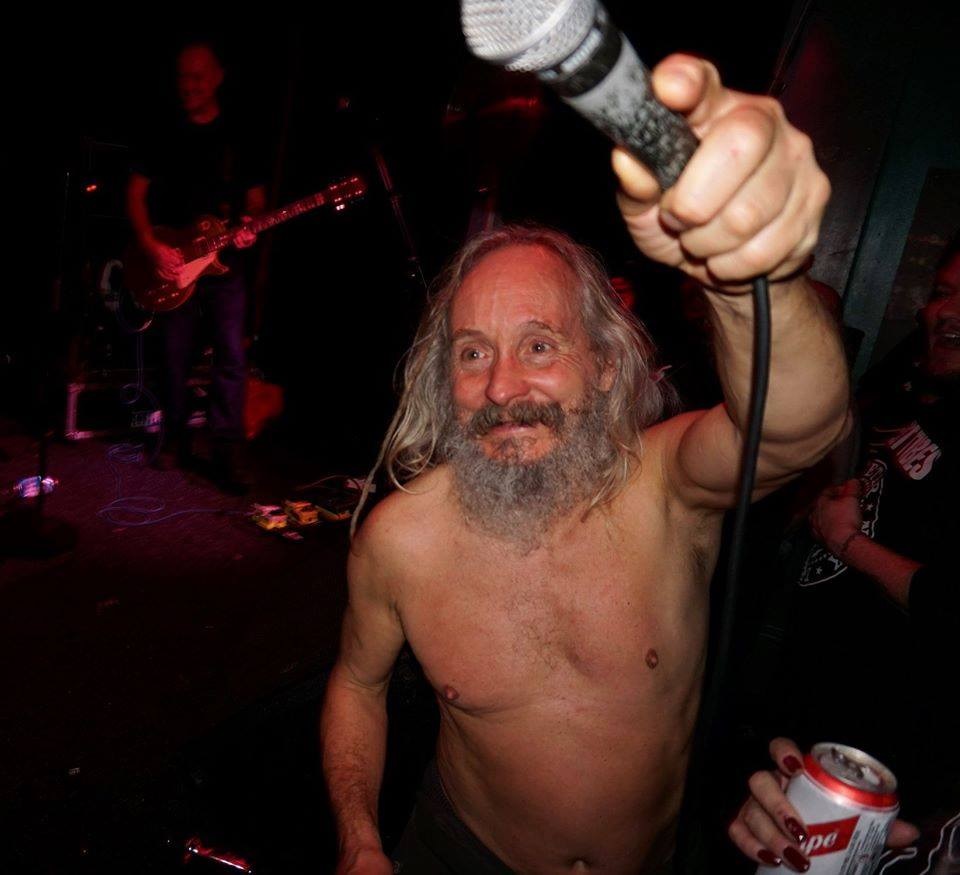 Now your turn on the mic (pic Peter Craven)