Neighbours who wanted their road closed – to stop drivers using it as a rat-run – look having their wish granted. 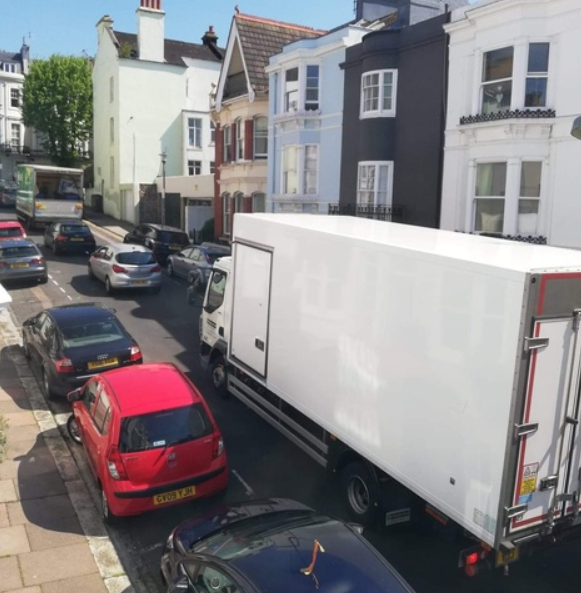 Councillors have approved an “experimental traffic order” to close the southern end of Temple Street – at Western Road – and to monitor the effect on the surrounding area.

Drivers had been using Temple Street – a narrow one-way street – to avoid the traffic lights at the Western Road and Montpelier Road crossroads.

The problem worsened when gas work was carried out in Montpelier Road, prompting residents to ask for a temporary closure. Their request was granted.

While Montpelier Road was closed, complaints were also received from people living in other roads off Western Road, including Borough Street, Norfolk Road and York Road.

Residents petitioned Brighton and Hove City Council in October, asking for Temple Street to be closed at one end.

The council’s Environment, Transport and Sustainability Committee looked at whether to reverse the traffic flow.

This would involve changing entry to the street to the top – from Montpelier Place – instead of from Western Road at the bottom, or southern end.

But yesterday (Tuesday 21 January) at Hove Town Hall the committee agreed to the original request from residents – to close the street at one end.

Green councillor Jamie Lloyd told the committee that people wanted a road closure because a previous temporary closure of the road had stopped the rat-run problem.

Councillor Lloyd said: “We need to be advertising an experimental traffic regulation order to stop rat-running completely. We can then monitor the results of that.”

He was supported by fellow Green councillor Pete West who had concerns about pedestrian and cyclist safety.

She said that it was a “ward matter” and that they would respect residents’ opinions.

The committee agreed unanimously to an “experimental traffic order” to close the southern end of the street.

Detectives hunt woman after spate of burglaries in Brighton