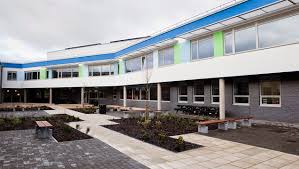 Several pupils at different schools in Brighton and Hove have been told to self-isolate after coming into contact with the Hove father diagnosed with coronavirus.

Parents at Portslade Aldridge Community Academy (PACA) were emailed on Friday afternoon to tell them that a pupil was being advised to self-isolate by officials as part of the investigation into the Hove father’s case.

However, in a subsequent email sent to North Portslade councillor Peter Atkinson on Friday, headteacher Mark Poston has said this is a “precaution that has been advised for a number of students in a number of schools”.

This morning, a PACA spokesman stressed that the school did not say that the local man diagnosed with coronavirus is a parent of pupils at PACA.

Brighton and Hove News contacted the council to ask which other schools had pupils who have been advised to self-isolate.

Brighton and Hove City Council referred us to Public Health England (PHE) which has so far not responded.

It’s believed that PACA sent out the letter to parents as a result of speculation on social media.

In the follow up email, Mr Poston said: “Public Health England have been clear that there is no reason, and nor should we suspend any school activity.

“The student’s self-isolation is a precaution that has been advised for a number of students in a number of schools.”

“I completely appreciate the worry this situation has caused. We continue to work with the council and on the medical advice from Public Health England to make sure that we are responding in the right way.

“We will send out any further updates as soon as we are informed by the council.”

Cllr Atkinson said: “I felt that there needs to be far more information and will be making my views known to managers.”

The original email to parents said: “Today we have been contacted by a parent of a student at PACA who was contacted by Public Health England as part of their investigation concerning the confirmed case that was reported in the press yesterday.

“We have been informed by the parent that they have been advised by Public Health England to self-isolate their child at home for 14 days. If at any point the child is found to be symptomatic we will be notified.”