A Brighton convenience store’s licence has been reviewed after it was caught selling cider to a 16-year-old.

Sussex Police sought a suspension of the store’s licence to sell alcohol – and the owners offered to stop selling higher-strength drinks.

The owner Nauman Quisar said that his mind was on family concerns when he sold cider to a 16-year-old in March last year.

He said: “We have no problems. If someone is drinking outside, I ask them to go away.

“I understand I made a mistake. We had family problems. We work hard for the community and have done our best to make the shop better than it ever was before.”

Police licensing officer Hannah Staplehurst said that the force was concerned about a “lack of co-operation”.

She said that Mr Quisar and his wife Shazia had resisted moves to restrict sales of high-alcohol beer, cider and perry after the failed test purchase.

Conservative councillor Dee Simson said that she did not think that their initial unwillingness undermined the council’s licensing objectives.

These aim to protect children from harm, promote public safety, protect the public from crime and disorder and prevent public nuisance.

Councillor Simson said: “When a representation is made against all four licensing objectives, as a panel member I expect to see how those objectives are not being met.

“I expect the police to come with facts and figures – and we have got none.”

She said that there was no evidence of the store breaching other licensing objectives other than the under-age sale.

A second test purchase was attempted in October last year but the youngster was not served. 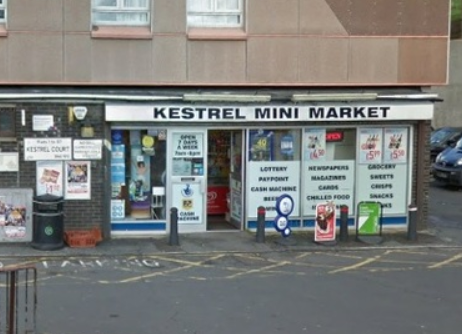 Councillor Simson said that the Quisars had “shown vigilance” and taken action to make sure that a breach of the rules did not happen again.

Mrs Quisar said that the shop sold a wide range of mainstream brands and would voluntarily give up stronger brews.

She said: “We are willing to take off the strong beers. We used to have six lines and now we have two left.

“Anything we did have, we have sold out. Once they’ve gone, we haven’t re-ordered.”

She wanted to carry on selling single cans for the sake of their “livelihood” while serving their community.

“We have a lottery-funded park near us. We do not have a main park. No tents. We don’t have the homeless or street drinkers around us.

“We’ve been there for years. We’ve put our heart and soul into this shop.”

The panel made its decision in private and said that it would make the decision public in five working days.