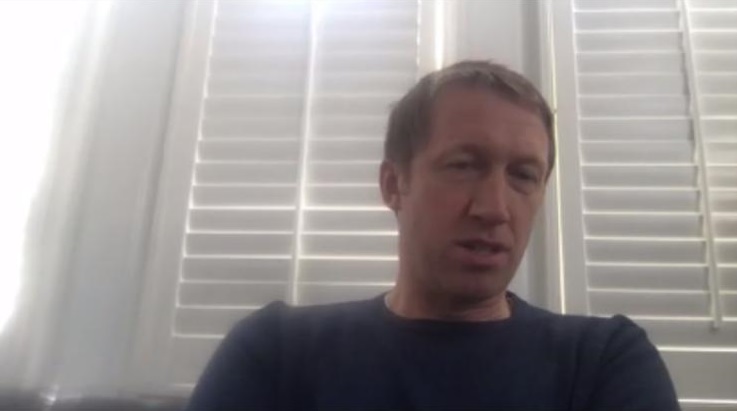 Albion boss Graham Potter and chief executive Paul Barber gave some insight as to how Brighton and Hove Albion are coping with the coronavirus.

1) Striker Glenn Murray isn’t too keen on playing behind closed doors. Graham Potter said: “Football is better with supporters but we have to get things done to the best of our ability.”

2) Potter revealed that the players hook up for remote training sessions on Monday, Tuesday, Thursday and Friday and that he was catching up with players and staff regularly to chat and ask about their personal circumstances as well as to bounce around ideas for when the season gets under way again.

3) The Albion boss also said that he greatly appreciated the job that teachers do after he was left to cope with his three children on his own when his wife had flu-like symptoms. He admitted that he can’t do his day to day job effectively at the moment but said that he can still analyse upcoming matches.

4) Paul Barber said that he would not want to see any lower league clubs go out of business but expressed concerns that almost overnight clubs’ income had all but disappeared. The chief executive reflected that it wasn’t so long ago that Albion were a lower league club and suggested that once the club could stabilise its own business then of course it would help other teams if it could.

5) Barber also mentioned the desire to finish the Premier League season when it was practical and safe to do so. He went on to say: “You start a season expecting to play 38 games and it is totally unprecedented that we are in this situation.”