Concerns are growing for missing Saltdean teenager Owen Harding who has not been seen since last Thursday (26 March). 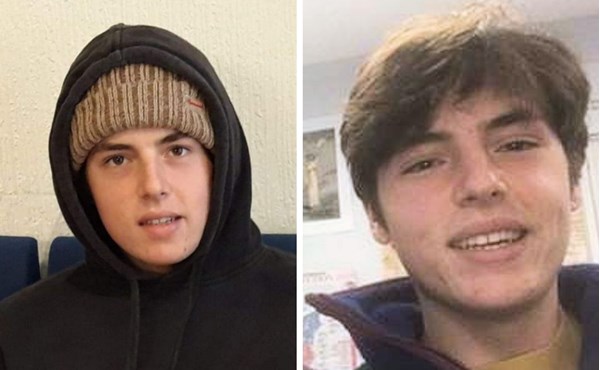 Sussex Police urged anyone who sees him to call 999 but urged people to stick to the coronavirus lockdown restrictions rather than try to join any search for him.

The force said: “Police are continuing their search for teenager Owen Harding.

“Owen, 16, was last seen leaving his home between 6pm and 7pm on Thursday and was last heard from around 6.20pm on the same day.

“The teenager is white, 6ft, of athletic build, with short brown hair. He normally wears white trainers, tracksuit trousers and a dark hoodie.”

Investigating officer Detective Chief Inspector Alasdair Henry said: “We have been conducting a number of inquiries into the disappearance of Owen which have included extensive local searches and house to house inquiries.

“We also investigated a potential line of inquiry in regards to information that Owen’s phone was in the Bromley area of London.

“However, further inquiries have ruled this out as a possibility.

“We, alongside Owen’s friends and family, are keen for information to assist our investigation which can assist us in locating Owen.

“In particular, we would like to hear from anyone who was driving in the Saltdean and Telscombe Cliffs area the evening of Owen’s disappearance to check their dashcam footage.

“Did you see Owen in the Saltdean area after 6pm on Thursday?

“We would like to thank the public for their support in our investigation and, while we appreciate people would like to help with our searches, we are urging everyone to abide by government guidance at all times.

“We are utilising all our available resources to search locally and are working with the Metropolitan Police who are assisting us in Bromley.”

Sussex Police added: “If you believe you have seen Owen, have any dash cam footage or information that will assist us find him, please report it to us immediately either online or by call 101 quoting Operation Chartwell.