Could Harry and Meghan make a modernised Royal Pavilion their British bolthole?

Rumours are circulating that Harry and Meghan will announce today (Wednesday 1 April) that they plan to use the Royal Pavilion as their new British residence … but most people realised that today’s the day for an April fool! 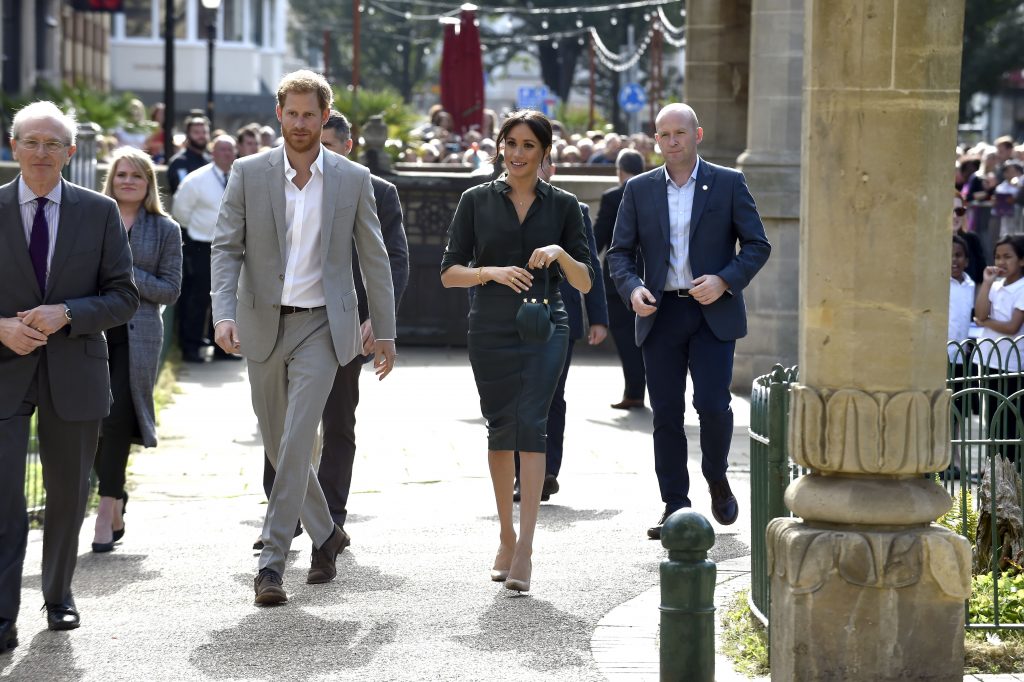 The Duke and Duchess of Sussex, Prince Harry and Meghan Markle, at the Royal Pavilion

The couple, who have relocated to North America, could stay at the renamed Sussex Pavilion for about six to eight weeks a year.

They might even move in sooner than expected as the coronavirus crisis worsens in California and the American President Donald Trump tells them to pay their own way for security.

The Pavilion Gardens would be closed when the camera-shy couple are in residence so that their privacy can be respected and their son Archie can play without being photographed.

The council has long wanted to close the gardens at night and this would provide the perfect excuse.

Suggestions that the council’s noise patrol would be deployed have been dismissed – not least as the service has been superseded. Besides, the prince is thought less likely to create a noise nuisance than in the past, particularly now that he has a young son and a corresponding greater need for sleep.

If the Pavilion Gardens are closed off, there would, of course, have to be a sweep of the grounds to remove any needles or other drugs paraphernalia.

This is thought to be primarily for Archie’s safety rather than to prevent the risk of Harry inadvertently attracting unsavoury headlines.

The prince would be expected to provide his own protection while in residence, not least because Sussex Police plan to focus their resources on the enforcement of social distancing on the seafront and elsewhere for the foreseeable future.

The force is understood, though, to have a spare drone that the Duke and Duchess of Sussex could use for surveillance now that it is not currently being deployed at Gatwick airport.

The former royal couple’s plans are understood to include modernising the Music Room which Harry was said to regard as far too stuffy and old fashioned.

When they visited Brighton 18 months ago, Meghan is believed to have been accompanied by an interior designer who described the wallpaper as hideous and measured up for a Canadian oak floor.

She also said that the kitchen looked like a relic from the 19th century and could do with a makeover. The couple are understood to like Smeg and love Miele.

The Sussexes’ rumoured plans follow moves which could see their Frogmore cottage at Windsor mothballed after its £2.4 million refurbishment. 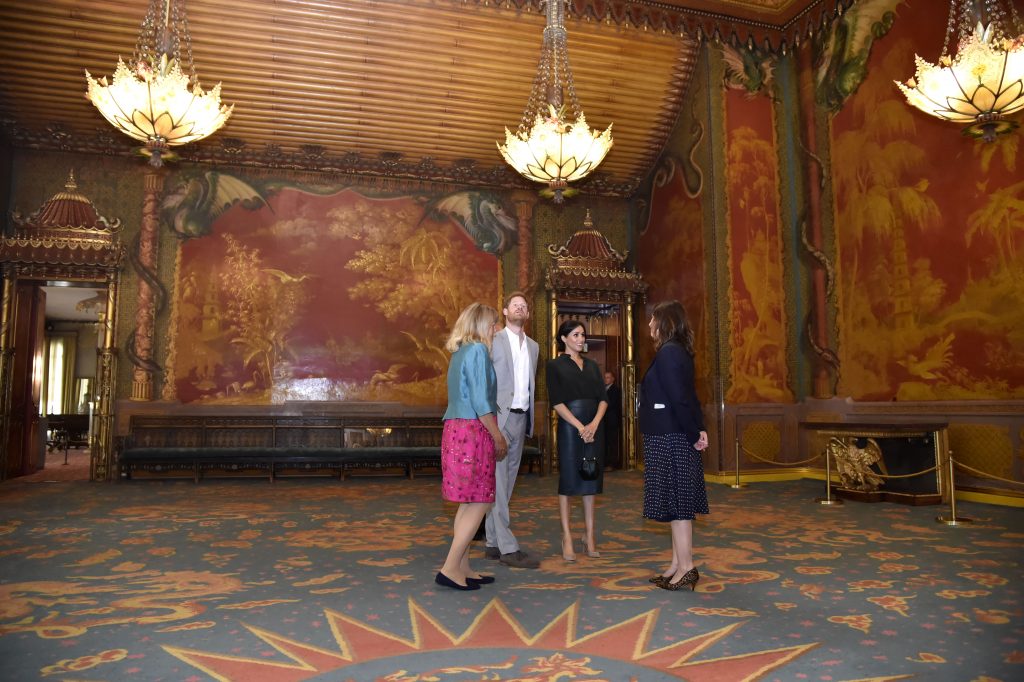 Ripe for a modern makeover? The Duke and Duchess of Sussex, Prince Harry and Meghan Markle, in the Music Room at the Royal Pavilion

Defending the couple’s plans, Harry was said to believe that the Royal Pavilion’s history had been all about change, most notably when owned by his kinsman the Prince Regent, who became King George IV. He turned it from an unremarkable farmhouse into a glitzy palace.

Meghan is understood to regard some of the Pavilion’s gold finish as a bit too brash although Harry is thought to rather admire the flashy bling.

One controversy is likely to centre around the dropping of the Royal moniker. The Sussexes themselves accept the loss of the Royal title, with Meghan keen to rebrand their new seaside pad the Sussex Pavilion.

But as plans to transfer the running of the Pavilion from the council to a trust are delayed by the coronavirus, the Mountbatten-Windsor-Markles could downgrade imminently from royal couple to civic partners.

A statement is expected at noon.