Police have offered a £500 reward as they search for a Brighton man who is wanted so that he can be returned to prison. 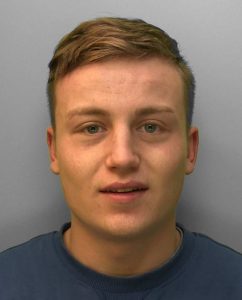 The force said: “Police are searching for 23-year-old William Westein who is wanted on recall to prison after breaching his licence conditions.

“Westein was released from jail on Tuesday 21 April on licence part-way through serving a three-year custodial sentence for driving while disqualified, dangerous driving, failing to stop, driving without insurance, possession of an offensive weapon and possession of a class B drug.

“He is described as being white, of a medium build, with short brown hair and blue eyes.

“It is thought he may be in the Brighton or Littlehampton areas.