Neighbours were worried that a party house could become noisier once it stopped hosting “stags and hens”, councillors were told.

The owners of the property, in Lansdowne Place, Hove, want to turn their premises into a shared house for young professionals.

The four-bedroom property – a few doors from the old Lansdowne Place Hotel – has been used as a short-term holiday let by stag and hen parties.

Lazova Investment Properties – run by Jeremy and Marcela Pegg – applied to Brighton and Hove City Council for planning permission for a change of use.

The four-storey townhouse was classed as a “single dwelling house” under planning law and Lazova wants it to become a “house in multiple occupation” (HMO).

It wanted to turn the building into a shared house for young working professionals on longer-term lets, limited to seven occupants.

Mr Giles said: “The applicant is catering for long-term professional tenants rather than tourists.

“It is remote from the universities so not suitable for students, which was also raised as a concern.

“It is materially different from a tourist let and party house.”

Councillor Clare said that people living in the area had suffered noise problems.

The proposed changes also gave rise to concerns about living standards, with some rooms close to the minimum “national space standard”, making them “quite tight”. 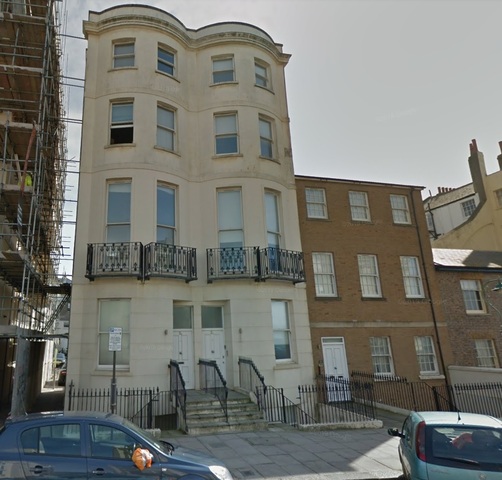 Councillor Clare said: “There is only one living space in the basement. It’s quite small if seven people want to cook, socialise and eat at the same time.

“The HMO standards say the kitchen is not normally one floor distant. For some people it would be three floors distant. That is quite far.”

She was also concerned about evacuation from the third floor if the basement kitchen caught fire.

The Planning Committee agreed to make soundproofing one of the planning conditions at the suggestion of Green councillor Phélim Mac Cafferty.

Labour councillor Daniel Yates backed the call for soundproofing, saying: “It would seem to make sense with the existing issues regarding noise – and we have no evidence there would be a lessening of noise impact.

“Now would be a good time to make sure it is no longer an issue.”

Green councillor Sue Shanks said: “I’m happy about this proposal. This sort of accommodation is important in the city.

“If they’re not students, they’ll be paying council tax, which is good.”

Conservative councillor Carol Theobald said that parking was a nightmare in the area but new occupants would not qualify for permit parking.

She said: “I would have preferred flats but it is an improvement on a party house.

“From what I could see there will be a lot of refurbishment of this building so it should look quite nice when it’s finished.”

Councillors voted six to four in favour of a change of use.