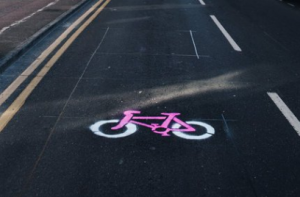 Extinction Rebellion said that activists sprayed the bike symbols as part of a campaign “to highlight the urgent need for more cycling space “.

The group said that dozens of bright pink, yellow and green bike stencils were sprayed on roads in London Road and the Hanover and Old Steine areas.

It said: “The pop-up bike lanes draw attention to the fact that dangerous polluting cars must give way to bikes in order to tackle our environmental crises and the dangers of travel during a pandemic.

“Toxic air pollution and greenhouse gas emissions from road transport have dropped in the city – and across the world – after lockdowns were imposed to tackle the coronavirus crisis.

“Less cars on the roads has also led to more cycling and walking as our neighbourhoods have become safer.

“As lockdown is eased, climate change activists, academics and politicians are calling on cities to dedicate more road space to active travel to prevent emissions returning to previous levels.

The group added: “We have seen ambitious cycling and pedestrianisation schemes in other cities in the UK. London, for example, is closing some of its busiest roads to cars completely.

“We’re pleased that Brighton and Hove City Council is looking at this issue, but the action taken so far doesn’t go far enough – and falls short of what other cities are doing.

“Cycling and other forms of active travel must be prioritised across the city. In particular there needs to be wide, ideally segregated, bike lanes on all major roads leading into the city centre.

“We hope these makeshift bike lanes will encourage people to see our public spaces differently and realise the benefits of clean safe active travel.

“The pandemic has been a horrible and tragic experience but it has shown us that another better future is possible.” 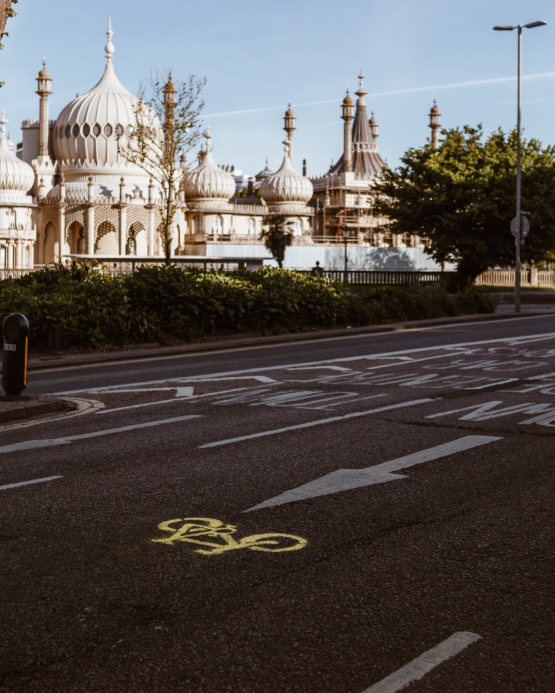 Brighton and Hove City Council has reallocated more than a mile and a half of the A270 Old Shoreham Road as a temporary cycle lane.

The council is also looking at new bike lanes on the A259 seafront road and a stretch of the A23.

It may also close Sydney Street and Gardner Street in the North Laine to cars on weekdays.