A thug attacked a man during a Black Lives Matter march in Brighton although the victim was nothing to do with the protest. 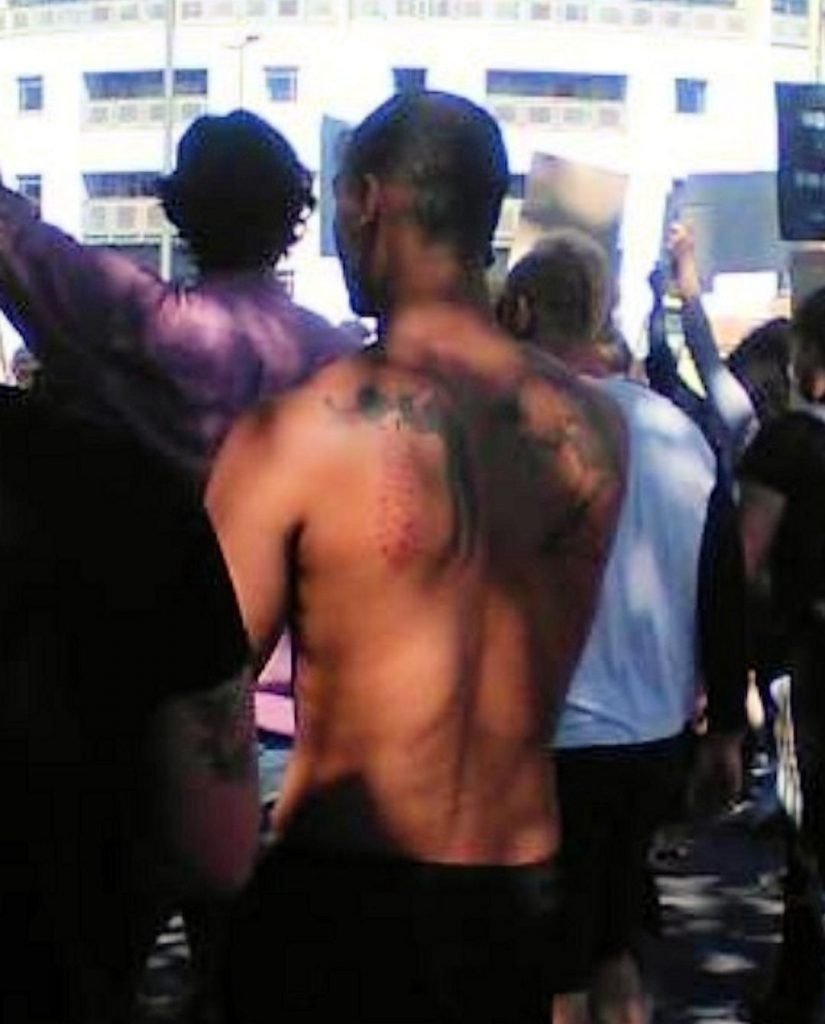 The victim needed surgery after the attack which happened on the corner of Old Steine and Castle Square at the bottom of North Street.

Sussex Police said: “Police have released an image of a man they would like to speak to in connection with an assault on a man in Brighton.

“During the Black Lives Matter protest event on Saturday 13 June, a 49-year-old man was at the junction of Castle Square and the Old Steine when he was punched to the ground at about 2.20pm.

“The man, who was not connected to the protest, suffered serious injuries and was taken to hospital for treatment.

“While his injuries were not life threatening, he did have to undergo surgery.”

Detective Inspector Ian Still said: “As part of our inquiries into this assault, we would like to speak to a man who is pictured in the image.

“If it’s you or anyone can help us identify the man, please come forward and get in touch with us.”

Sussex Police added: “The man is described as being aged in his 20s, over 6ft, of athletic build with close cropped hair.

“He was bare chested and was wearing black tight jogging trousers.

“He has also been described as having a tattoo across the top of his back from one shoulder blade to the other which looks like the wings of a butterfly.

“Anyone with any information who can help the investigation is asked to report online or ring 101 quoting serial 472 of 13/06.”