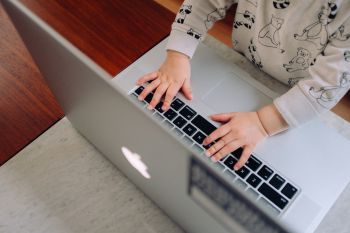 Mothers have been doing more childcare than fathers during lockdown, Brighton researchers have found.

University of Sussex psychologists have been asking 2,000 mothers who have a male partner about how the lockdown has affected them and their child.

Three in four mums say that they have been the ‘default’ parent during lockdown – that is, the parent who tends to meet children’s needs when they arise, prioritising childcare over other things.

The figure is almost as high for mothers who work, with two thirds of them (67%) saying they had been the default parent.

Ali Lacey, a doctoral researcher in the School of Psychology at the University of Sussex, who co-led the study said: “Before Covid-19, women in our sample reported being responsible for a disproportionate share of childcare tasks.

“This inequality increased during the period of school closures and home working.

“Two thirds (67%) of women with work commitments reported being the ‘default parent’ most of the time.

“Women are responsible for a greater share of domestic labour in seven out of the eight domestic tasks we included in the survey. The restrictions have increased the amount of time families spend at home, and as such, domestic loads have likely increased.

“And of course, Covid-19 has created specific additional domestic tasks for families such as home-schooling.

“We recognise that many dads have stepped up and undertaken more childcare over this period, but our findings show that women are still overwhelmingly taking on the role of primary carer, and with schools closed, primary educator.

“The relative status of maternal and paternal employment within families has meant that where families have had to make difficult decisions about prioritising one partner’s work time this has often been at the cost of the mother’s work commitments.

“Our findings strongly suggest that prolonged school closures and home working are likely to be having a disproportionate impact on women’s participation in the workplace.

“Government and employers must take stock of this and find ways to ensure women with young children do not have their work prospects disadvantaged by the impact of Covid-19.”

Dr Kathryn Lester said: “Despite making great strides in recent decades to tackle gender inequalities at home and at work, this data suggests that the coronavirus pandemic threatens to set back progress for women.

“Under normal circumstances women still often carry more of the burden for childcare and domestic tasks, but this study raises concerns that the coronavirus pandemic could broaden the gender gap and exacerbate existing social and gender inequalities.”

The study, which is ongoing, has also found that:

Of those who work, three quarters (73%) of mothers report working from home as difficult or very difficult.

Seven in ten women (70%) reported being completely or mostly responsible for supporting children with home-learning, a task associated with considerable time costs.

On average, seven weeks after lockdown, 48% of female respondents with a male partner reported that his access to time, space, and equipment to work had been prioritised over her own.

Pre-Covid-19, 27% of female respondents reported being responsible for ‘90-100% of childcare’ (outside of school and other childcare settings).

Two thirds (64%) reported being responsible for ‘at least 70% of the childcare’.

After lockdown started, 45% of women reported being responsible for ‘90-100% of childcare’ following lockdown, representing an increase of 18%.

Despite unequal prioritisation of work resources between partners, 55% of women reported that the allocation of time and space to work from home was quite or very fair.