An old fraudster – once dubbed “Champagne Charlie” by a judge – has been spared prison for his latest scam of offering corporate tickets for the Wimbledon tennis championships.

John Clugston, 74, said that the discounted premium tickets included transport and a meet and greet service as well as dinner with former Wimbledon champion Boris Becker.

Clugston, who has longstanding links to Brighton and Southwick, defrauded John Cairns, of Parkland Pictures, a Soho entertainment business.

He told Mr Cairns that his name was David and he claimed falsely to work for the Friendly Society in the same central London building.

Mr Cairns gave him the money and Clugston then vanished.

He pleaded guilty to fraud by false representation at Westminster Magistrates’ Court in July and was sentence at Southwark Crown Court yesterday (Tuesday 8 September).

Judge Michael Grieve heard that Clugston, of Upton Avenue, Southwick, had 22 convictions for 97 offences including 67 involving fraud or dishonesty.

Clugston was sentenced to 12 months in prison suspended for 12 months.

Four years ago the fraudster was sentenced to 15 months for duping the woman in charge of Prince Harry’s charity Sentebale out of £1,000.

The con artist pretended to have hospitality tickets for Wimbledon on that occasion too.

Clugston went to Sentebale’s offices in Sloane Square, London, and told chief executive Cathy Ferrier that he had four tickets for the tennis.

He claimed to work for clothing business Hackett in the same building but when Mrs Ferrier gave him the cash, he disappeared. 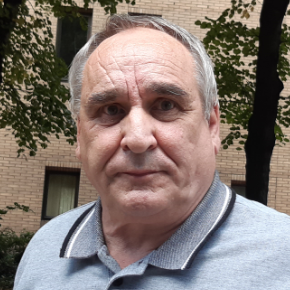 Clugston was given his “Champagne Charlie” when he was jailed for five years in 2011 after going to offices and pretending to be a businessman with bottles of Bollinger champagne left over from a work function.

He convinced his victims that they would be getting a bargain and persuaded them to hand over money – typically £1,000 to £1,500.

But when he left to fetch the leftover champagne, he never came back.

After netting more than £19,000, he was arrested and charged – and jailed at Southwark Crown Court.