‘Bulky’ flats plans up for decision 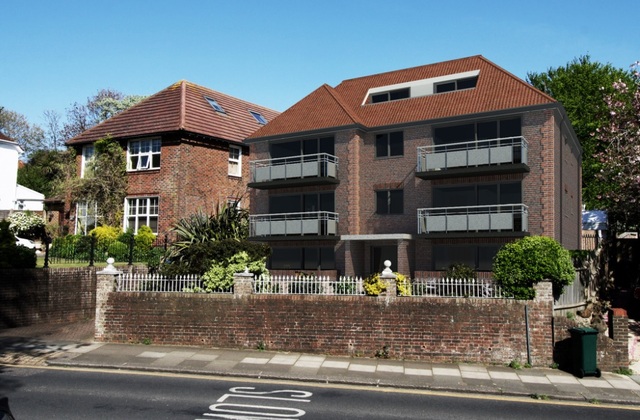 The plans for 55 Goldstone Crescent

Two sets of plans to replace houses with “bulky” flats are recommended for approval despite objections from neighbours.
Deller Holdings Limited has two planning applications going before Brighton and Hove City Councillors next Thursday (17 September) for 55 and 57 Goldstone Crescent in Hove.

Officers are recommending councillors approve both schemes to replace each house with a three-storey block of two, three-bedroom and five two-bedroomed flats.

Each application appears separately on the agenda, but Hove Park ward councillor Vanessa Brown said they should be considered together in her letter of objection. 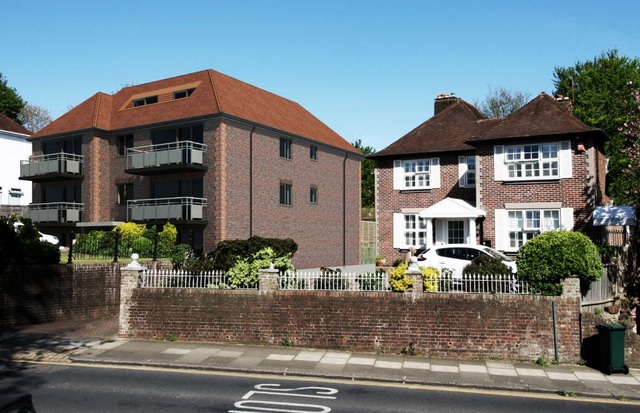 The plans for 57 Goldstone Crescent

Councillor Brown argues what flats there are along Goldstone Crescent are between Old Shoreham Road and Hove Park Road.

She said: “These two houses are situated in the middle of owner-occupied residential houses facing the park and are not near any flats.

“To pass these applications would set a terrible precedent.

“The design has bought the proposed flats forward of the existing building line which is going to make them bulky and too dominant.”

Neighbours sent 12 objections to the scheme at 57 and nine letters against the redevelopment of number 55.

Their concerns included the changing style of the area as more houses are demolished to make way for modern architecture and increasing numbers of cars.

One objector wrote: “This block of flats is completely out of keeping with the row of large detached houses at that part of Goldstone Crescent.

“It will set a precedent, which will increase the density of the area, and change its character.

“The design is just ugly!”

Another said: “The traffic survey was conducted during the lockdown period whilst there was less traffic and parked cars.

“The development has completely inadequate parking, which will lead to street parking also accessing and leaving the three spaces will be difficult with such a busy road as Goldstone Crescent.”

If the developments go ahead, then Deller Holdings Limited would contribute £238,750 towards affordable housing and £6,400 for transport infrastructure for each block.

In its design statement, Ian Coomber of Absolute Town Planning, states the sites delivers a sustainable development and an increase in housing for the council which “cannot demonstrate a five-year housing supply”.

His report said: “Waitrose is just across Hove Park to the west and Tesco to the east on The Droveway.

“The site is also near to Hove Rail Station and the retail services of Old Shoreham Road.

“Accordingly, the proposal makes efficient use of a vacant site near to a range of facilities.”

The Planning Committee meeting starts at 2pm on Thursday 17 September and is live-streamed on the council website.