A former Sussex University law student has been jailed for six years for a number of child sex offences carried out when he was a Beaver Scout leader. 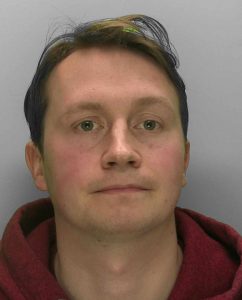 Oliver Cooper, 27, denied the charges but was found guilty by a jury at Lewes Crown Court on Thursday (15 October).

Cooper will be on the Sex Offenders Register for life, Judge Stephen Mooney said.

And the 27-year-old student, who was living in Bognor and a Scout leader in Horsham, was disqualified from working with children and vulnerable people for life.

The offences took place more than two years ago and the convictions follow a long investigation by specialist detectives from Sussex Police.

The force said: “A child disclosed that he had sexually touched her. As a result of that disclosure Cooper was arrested and indecent images and videos of children getting undressed in private were found on his phone and laptop.

“During the course of the investigation a further child came forward and reported a similar offence.”

“Despite the overwhelming evidence, Cooper continued to protest his innocence and thus forced the victims to give evidence, which was done via a video link to the court.”

Judge Mooney spoke about Cooper’s lack of remorse and the “colossal breach of trust” involved when he sentenced him.

Sussex Police added: “Prior to his scouting role he was a law student at Sussex University and a soldier in the Household Cavalry where he served for four years in the UK.

“The Scouts Association and West Sussex Children’s Services were immediately informed of the allegations and have worked closely with police to ensure all necessary safeguarding precautions were taken.

“Police emphasise that the Scouts Association has given full co-operation throughout the investigation.

“Parents of all children who were in the group, including those whose children have been identified as subjects of the alleged offences, have been kept informed.

“There is no current safeguarding risk to any child.”