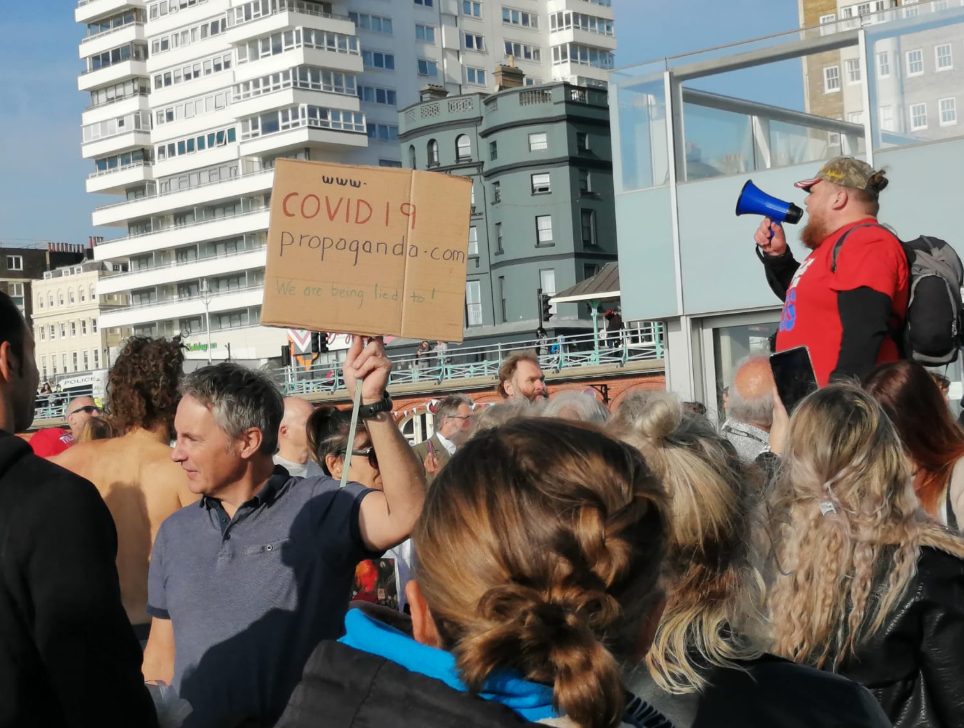 Protesters defied the ban on groups gathering with a march and demo along the Brighton and Hove seafront this afternoon (Saturday 7 November).

The demo was organised by Save Our Rights and two other anti-lockdown groups – E202 and Stand Up – joined them for the noisy protest as Sussex Police kept a watching brief.

A rally with speeches followed a short march with placards from the Peace Statue on the border of Brighton and Hove to the foot of the i360.

Protesters urged bystanders to take their masks off.

The target of the protest was the government’s second lockdown measures as the organisers said that they were asserting their freedom and democratic rights.

“They told us two weeks would flatten the curve and now eight months later they’re bringing in even greater draconian methods to curtail our freedom.”

Although there have been regular protests around the UK since Save Our Rights started in April, the second lockdown has now focused protesters’ anger and determination to assert their democratic right to protest against current government measures.

Matt Single was at the London anti-lockdown protests on Thursday and added: “They arrested 192 people just for standing there.

“There was no violence, no abuse. It‘s just out and out fascism. We’ve had enough.” 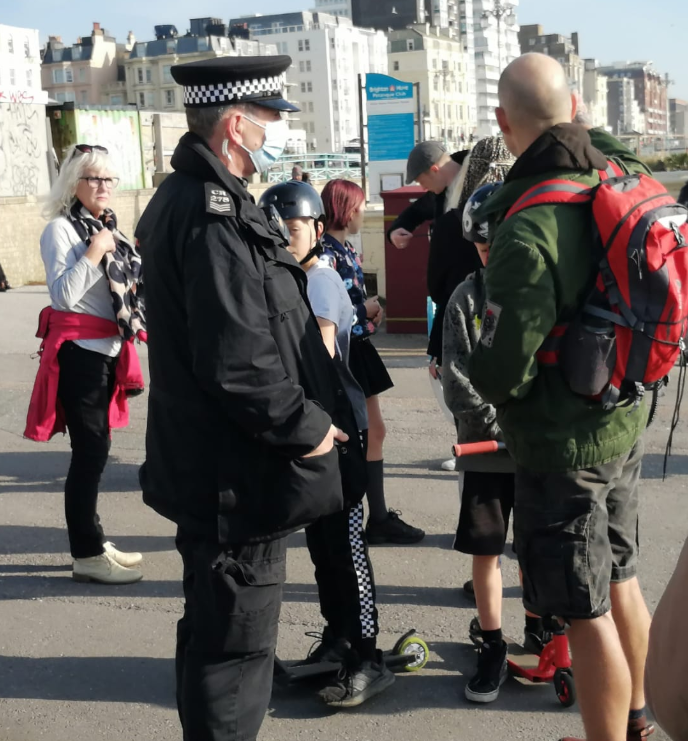 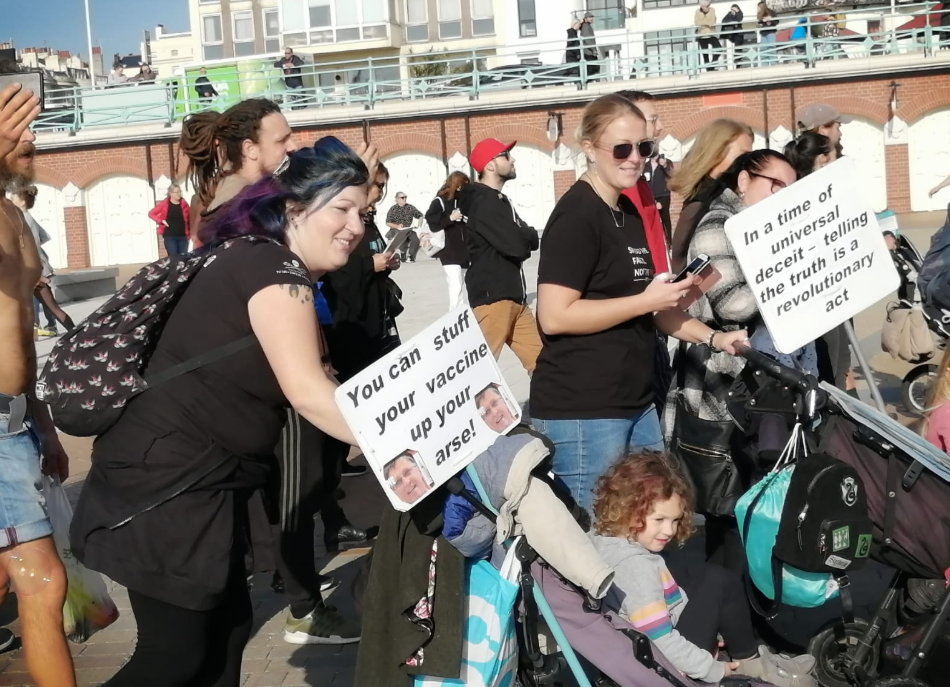 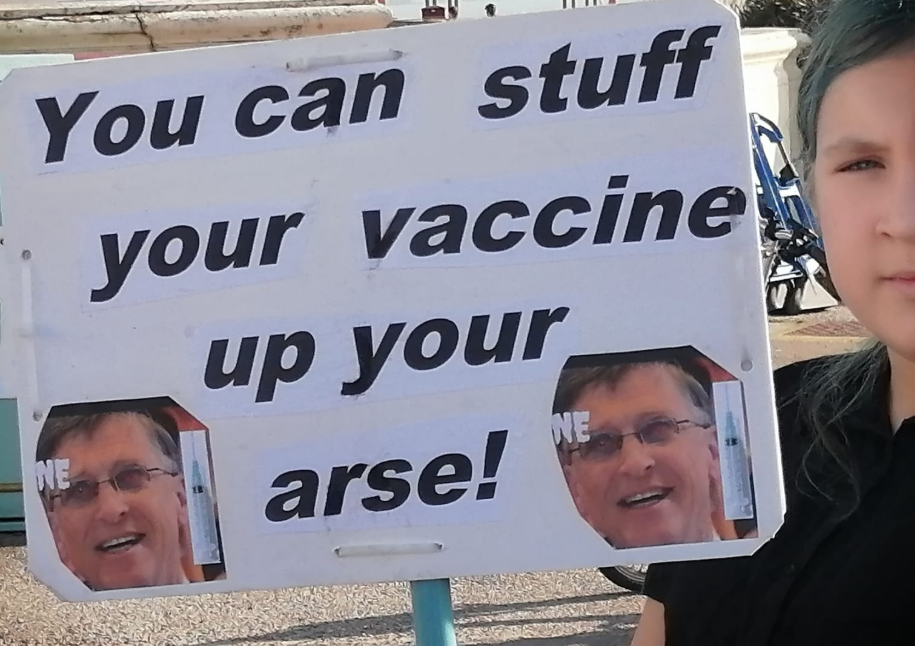 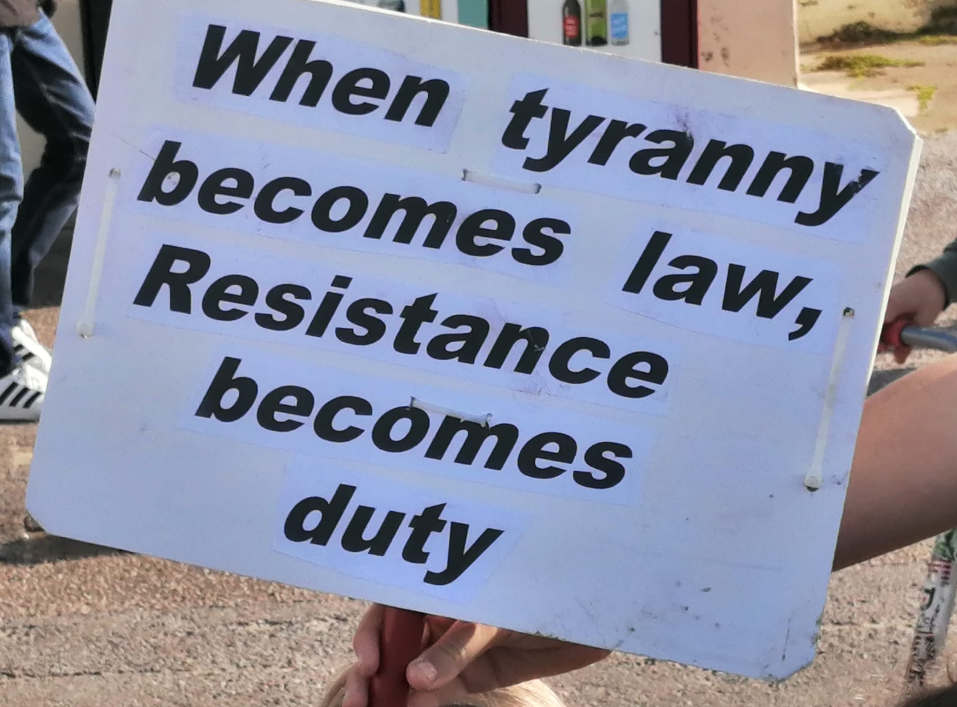