Firefighters tackle third-floor blaze at block of flats in Brighton 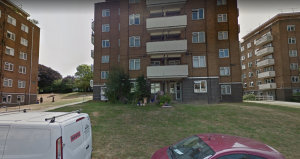 Firefighters spent more than an hour trying to put out a blaze in a third-floor flat in Brighton this morning (Sunday 22 November).

“There were no casualties reported.”

Yesterday fire crews dealt with a blaze in a basement flat in Rose Hill Terrace, Brighton.

The fire service said that it was put out using two breathing apparatus and a hose reel.

They were called out at about 3.30pm.

Once the blaze was out, smoke was pumped from the basement.