Conservationists are calling for a ban on game birds being released on council-owned land.

A group has asked Brighton and Hove City Council to look at where and how many game birds are released on its land and to end the practice as soon as possible.

The group, led by Kim Greaves, is due to put its case to the council’s Policy and Resources Committee at a “virtual” meeting on Thursday (3 December).

In a document before the committee, Mr Greaves said that ending the release of game birds would be in line with the existing ban on other forms of hunting on council land.

He said: “There is growing evidence that the ever-increasing number of these non-native birds released on to our landscape is having significant adverse effects on important habitats and wild species, distorting delicate food webs and contributing to the tragic precipitous declines in native species seen nationally.

“There are also secondary adverse effects on our key conservation priority habitat, chalk grassland, due to the requirement of scrub to act as cover for game birds, encouraging tenant farmers to plant cover crops and allow this rare and endangered habitat to revert to species-poor scrub.”

At Varcombe Hill, at Waterhall Farm, scrub has grown up on what was ancient chalk grassland to “suit the needs of the shoot”.

And he said, “vast numbers” of game birds are released on to the former Waterhall Golf Course, damaging populations of adder, butterflies and moths.

Mr Greaves said: “Currently, during shooting season, the feel of the site is often more that of a free-range poultry farm.

“This kind of widespread damage is commonplace where shoots exist.

“Furthermore, to suit the desires of shooting syndicates, wider public access is actively inhibited with barbed wire fencing and unwelcoming attitudes and signage, with unsightly feed hoppers pitted throughout the surrounding landscape.

“This mere decades-old industry is ruining the ancient aesthetic of an open and free Downs of the people.

“The industry is also extremely carbon-intensive and the intensive rearing of birds, in conditions with no welfare standards, provides diseases and parasites with ideal conditions to thrive.”

Pheasants carry ticks and Lyme disease while lead shot and plastic casings can feed into the water table. 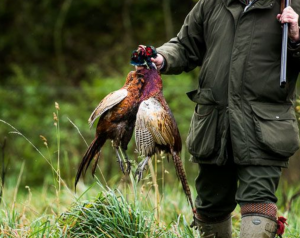 Four Brighton men and women are currently on trial at Brighton Magistrates’ Court for disrupting a pheasant shoot.

Crispin Field, 25, Rebecca Hobbs, also known as Rebecca Emily Hayward, 32, and Anthony Robinson, 32, all of no fixed address, and They are Melissa Page, 30, of Shanklin Road, Brighton.

They are alleged to have turned up at a private shoot at Waterhall Farm, Brighton, on Thursday 14 November last year.

The prosecution said that they deliberately walked in front of the beaters trying to disturb the birds, preventing a lawful shoot from taking place.

Robinson is also accused of assaulting James Attwood, one of those taking part.

The trial is due to restart on Monday 7 December.

The Policy and Resources Committee meeting is due to start at 4pm on Thursday 3 December. The meeting is scheduled to be webcast on the council website.