A family living in overcrowded conditions cannot get their flat back because it is being “squatted” by the council.

Despite a tenancy that should have ended in October, Brighton and Hove City Council has stopped communicating with landlord Neil Morris, from Hangleton.

Mr Morris, a 57-year-old piano teacher, said that he needed to move his 30-year-old daughter and son-in-law into the flat, just off Mile Oak Road.

He lets the small one-bed flat, in Highdown, Southwick, to the council and gave four months’ notice in June – longer than the three months required under the coronavirus regulations.

Despite the longer notice period – and the end of the original tenancy agreement on Wednesday 11 November – the current tenant is still in the property.

Mr Morris has not heard from the council for almost a month. He contacted his MP, Peter Kyle, who has also heard nothing back.

The Hove MP’s director of operations, Chris Henry, also represents Westbourne ward on the council. He said that the lack of communication was “not good enough”.

Mr Morris said that he had a good relationship with the couple in the flat who had been ready to move out for weeks.

He said: “The tenant began pushing the council themselves about leaving the property and rehoming, after which the council finally started to act – or so it appeared.

“However, the four-month period came and went with false promises that a move would be imminent.

“We have written confirmation from the council that ‘due to an admin error’ they failed even to begin the rehoming process until more than 11 weeks had elapsed into the 16-week notice period and so they have effectively accepted responsibility for breaching this notice period.

“Regrettably, the council has not only breached our agreement in vacating the property by the end of the notice period on (Saturday) 17 October but they have also remained in our property past the official original end of the contract of (Wednesday) 11 November, with no indication that they will be returning my property back to me anytime soon.

“They have also now ceased all communication with me, including the official complaints department.” 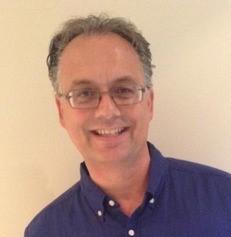 When his tenant updated him on the situation, they said that the council told them there is “no rush” as it will take Mr Morris “months to go through the courts”.

At one point a council officer that said the tenants had left the flat but Mr Morris knew that this was not the case.

He said: “I would have had all manner of sympathy for it if they had just been upfront about it – if they’d explained the pressures.

“It’s the subterfuge that irks after a while, telling us one thing and then now not saying anything at all.”

His contract with the council requires him to be a responsible landlord. He said that he was frustrated that the council had not kept to the same high standards he was held to. 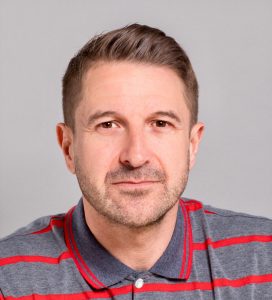 Mr Morris bought the flat in 2013 and paid for it in part with money left by his mother.

He let the flat to cover his mortgage and rented it out through the council because he wanted to offer the property as affordable housing.

Now he needs the space because his actress daughter and son-in-law have struggled after losing work this year.

They moved from London to live with Mr Morris and his wife Patricia in Hangleton during the first lockdown.

Their home is crowded with four adults and little space as both Mr and Mrs Morris and their daughter are teaching students online.

Mr Morris said: “The behaviour of the council in this matter makes me – and everyone else I have related my experience to so far – very hesitant to ever let out a property through the council again.

“Even though originally I had intended to return the flat to the council once my daughter and son-in-law sort out their own place, as I very much want to support affordable housing for low-income tenants, I am now unlikely to do so after my experience with the council to date. 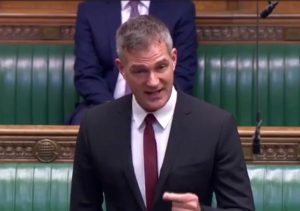 “My family and I are all hoping we can recover the property as soon as possible, without costly court proceedings that unfortunately – the council are correct to say – could take several further months to resolve, with no compensation for the costs associated.

“Based on the attitude the council are displaying and the fact that they have stopped replying to any of my communications, it is clear that they will not show any professionalism until perhaps, some outside pressure can be applied.

“The much larger issue at hand here is that through the council’s apparent complete disregard for housing laws and the landlords who offer their properties to low-income tenants. This will inevitably lead to the loss of affordable housing in our local area.”

In August councillors voted to ensure that the council did not evict tenants because of rent arrears incurred during the covid-19 crisis.

However, there are no rent arrears in this case – and the correct notice period was given to end the tenancy.

Brighton and Hove News asked the council to comment but did not receive a reply.