A Brighton councillor’s pet died from shock after a private fireworks display, prompting her to call for a noise limit.

Labour councillor Theresa Fowler plans to share her story at a Brighton and Hove City Council meeting next Thursday (17 December).

Councillor Fowler wants the council to promote public awareness of the RSPCA’s campaign to reduce the impact of fireworks on animals and vulnerable people.

She also wants council chief executive Geoff Raw to write to the government calling for a 90-decibel limit on fireworks sold for private displays.

Councillor Fowler’s rescue rabbit died from shock after her fireworks were let off during a party near her home.

She said: “This year my three-year-old dog was so scared that for a week it was pacing up and down and crying in fear and refused to go out for a walk if it heard anything remotely sounding like a bang,

“I heard of many other stories reporting the same distress in their pets.

“Sadly, it is not only pets that are affected as farm animals are just as frightened by loud noises and sudden flashes of bright light which can startle them, causing injuries.”

She said that private firework parties should be restricted to traditional dates such as Bonfire Night, New Year’s Eve, the Chinese New Year and Diwali.

In a joint statement with fellow Labour councillor Nancy Platts, she said: “People use fireworks throughout the year to mark different events.

“While they can bring much enjoyment to some people, they can cause significant problems and fear for other people and animals.

“Vulnerable people can become confused and disorientated by the noise.

“They can be a source of fear and distress for many animals, including pets, farm livestock and wildlife.

“Animals affected not only suffer psychological distress but can also cause themselves injuries, sometimes very serious ones, as they attempt to run away or hide from the noise.” 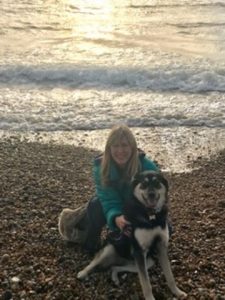 Councillor Platts offered her support after receiving a “round robin” email asking for the council to adopt the measures recommended by the RSPCA.

She said: “It is always worth people sending these campaign emails because we do read them and act on them.

“We also now try to put them on the Labour group’s website so that everyone can see that we have listened and tried to address their concerns.”