A Brighton drug dealer has been jailed for 26 months for having thousands of “designer” pills. 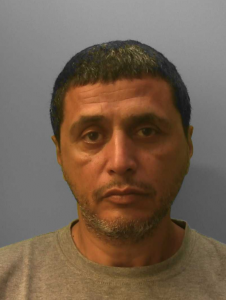 Tamer Elsherif, 48, of the Phoenix Brewery Student Residences, in Southover Street, Brighton, was given the sentence at Lewes Crown Court for having drugs with intent to supply.

Elsherif, also known as El Sherif, was arrested by police investigating the trade in mystery blue pills which were linked to a death in Brighton and others needing hospital treatment over the summer.

But Judge Janet Waddicor accepted that Elsherif’s pills were not the same as those linked to the investigation.

Elsherif was arrested in June when police found messages that he had sent, offering drugs, on the dead person’s phone.

The person has since been found to have died of natural causes – and police are no longer investigating.

But based on the messages, police raided Elsherif’s room at the Phoenix student halls on Friday 19 June where he was being housed by Brighton and Hove City Council.

They found 2,477 pills and a small quantity of powder and he was charged with supplying flubromazolam and etizolam, relatively new versions of benzodiazepines which have been linked with deaths among users elsewhere in the country.

The former lorry driver had already been released under investigation earlier in the year by Norfolk Police who arrested him after he crashed his car on their patch.

Officers found 1,116 etizolam pills at the time and messages on his phone showing that he had been selling them.

Brian Shaw told Lewes Crown Court: “He was dealing to friends and friends of friends.

“He has an addiction brought on by the death of his mother and it became almost a compulsion for him and (he has) significant issues with his work and home life and not making much money from what he was doing to get by.

“He hasn’t benefited significantly from this enterprise.”

Judge Janet Waddicor said that Elsherif claimed to have a degree in business administration and had appeared to have been running a dealing business.

She said: “You sought to blame your dealing – pathetically in my view – on your GP for not prescribing you strong enough drugs to deal with your depression.”

Elsherif has served six months in prison on remand, awaiting his court date.

Judge Waddicor said that he would serve at least half of his 26-month sentence in prison before being eligible for release on licence, with those six months taken into account.

But turning down a plea for a community sentence, she also said yesterday (Thursday 17 December): “I am satisfied beyond any reasonable doubt that only an immediate custodial sentence is justified.”