A proposed roof extension for a building on Hove seafront has divided opinion, with officials and dozens of neighbours opposed, while an MP and hundreds of supporters have backed the plan. 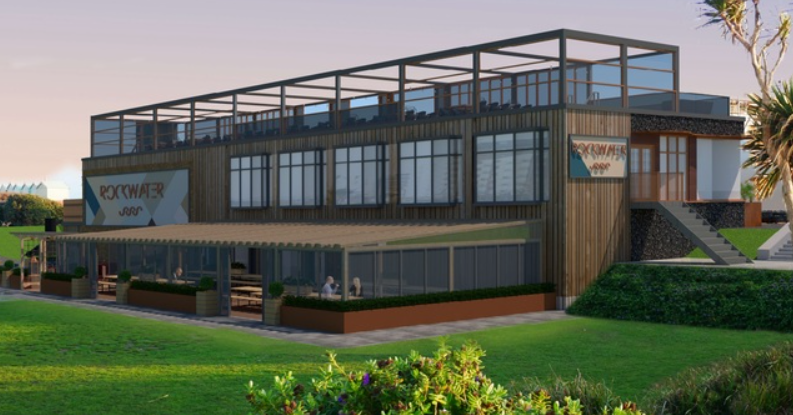 The building’s owner, Luke Davis, wants to add a glazed extra floor to Rockwater, originally known as the West End Café, on the promenade in Kingsway, Hove.

Mr Davis also wants to build a glazed pergola on the northern – or Western Lawns – side of the venue, with a fire pit and canopy and booth seating. His plans also include installing a lift.

His planning application is due to be decided by Brighton and Hove City Council’s Planning Committee next week.

Officials have recommended that councillors refuse to grant planning permission, with a report saying that the building would be too prominent and would contrast starkly with neighbouring buildings in the Sackville Gardens Conservation area.

The split-level building has two floors, both visible from the A259 Kingsway, although on the prom it appears to be a single-storey building.

Last year Rockwater was granted permission to install two temporary pods on the roof to cover new staircases but some work since has taken place without planning permission having been granted.

More than 580 people have written in support of the application while 38 have written to object to the scheme.

Peter Kyle, the Labour MP for Hove, has offered his support, as have the Hove Civic Society and the West Hove Seafront Action Group.

Supporters said that it was a “positive addition to the seafront” while opponents complained that the extension would block views and be out of keeping with the area.

A supporter, whose details were redacted on the council website, said: “As a resident for over 30 years in nearby Carlisle Road, we have seen many of the other developments on this site, starting with the 01273 club and ending up with the Babylon Lounge.

“This design for Rockwater is far superior to any of them and will result in a true community asset being built, which can be used all year round.

“This will benefit the residents of West Hove because between New Church Road and the Kingsway we have no facilities like this.”

The Walsingham Road Residents’ Association objected, saying that they were worried about noise if the extension were to be used as a night club.

Luke Carter, a director of Rockwater’s planning agent Lewis and Co, said: “As agents for the owner, Lewis and Co Planning are delighted to have received so many positive comments in support of the scheme and that the officer has concluded the principle of the development and the impact on neighbours and the surrounding area is acceptable in planning terms.

“Obviously it is disappointing that the officers do not feel they can support the small increase in height to provide the glazed roof pergola.

“But we will await the final decision of the committee who have to balance all of the benefits of the scheme against its impact when reaching their final decision.”

The Planning Committee is due to decide the application at virtual meeting next Wednesday (13 January). The meeting is scheduled to start at 2pm and to be webcast on the council website.