Wetherspoons sign set to be replaced by video ad board 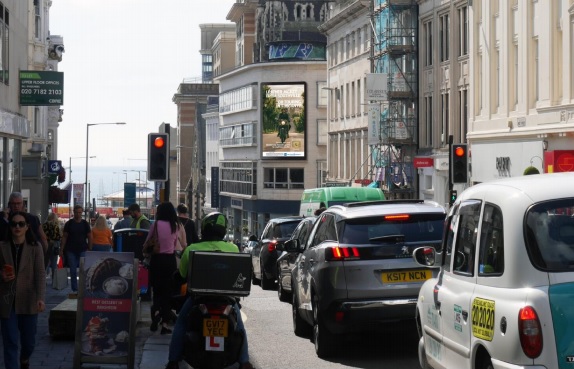 Plans for a video ad board on the wall where the West Street Wetherspoons sign currently sits have been submitted.

An unknown applicant has applied to Brighton and Hove City Council for advertising consent for the digital screen on the north-east corner of the Bright Helm pub.

Agent ECE Planning says the council’s planning department has advised that the plans should be acceptable – but only for static images.

Its report quotes advice from a planning officer given while another undisclosed site was being considered in October 2019, which says: “The street itself is, in places, in poor condition and multiple unauthorised advertisements are present which harm the character and appearance of the streetscene.

“Introducing a high quality advertisement may help increase the standard of the area and encourage others to improve the appearance of their own properties.

“Notwithstanding the above, regard must be had to the impact the screen could have on the Old Town conservation area and the designated church that would be visible behind the advertisement site.”

However, despite the pre-application advice, the application is for a screen displaying images and videos “in full motion”, operating between the hours of 6.30am to 11pm. 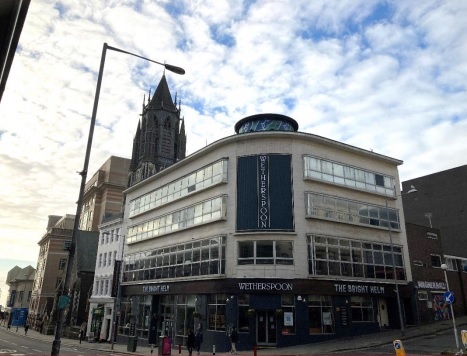 ECE Planning argues the sign would not distract drivers because traffic is slow moving there.

It also says it would provide free or reduced price advertising to local businesses and charities alongside its full price clients.

It says: “The screen would be viewed within a modern architectural and commercial context and would be viewed by many pedestrians daily who move to and from the City centre and seafront.

“The luminance of the digital screen will be controlled by a sophisticated sensor system to ensure that it can be seen comfortably during the day but that luminance levels would drop to low levels in the evenings, compliant with recommended levels for this type of display.

“It is also important to note that West Street is a commercial, lively night time area where the use of illuminated advertisements, signs and street lights have already been established.”

An application for a non-video digital advertising hoarding on Elm Grove was rejected last year and then dismissed on appeal after objectors said similar boards were “turning Brighton into Las Vegas”.

A non-animated LED advertising board on the side of the Community Works building at the top of North Road was given a five-year approval in 2012 after several similar applications were refused.