Police have asked for the public’s help as they look for a missing boy from Brighton. 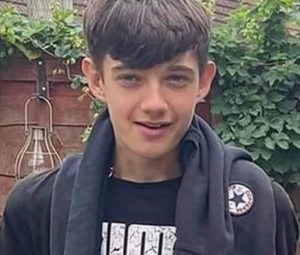 Officers were growing concerned for the welfare of Wesley Smith, 15, who was last seen on the A259 near Brighton Marina.

Sussex Police said: “Police are searching for Wesley Smith, 15, who has been reported missing from Brighton.

“Wesley was last seen at 10pm on Thursday (21 January) near Marine Gate bus stop and officers are concerned for his welfare.

“He is described as white male, of a slim build with dark hair with a fringe.

“He was last seen wearing a black parka coat with fur hood and tracksuit bottoms with white stripes on the sides.

“It is thought that he may be in the Brighton or Seaford areas.

“Anyone who sees Wesley or who has information on his whereabouts is asked to report online or call 101, quoting 38 of 22/01.”