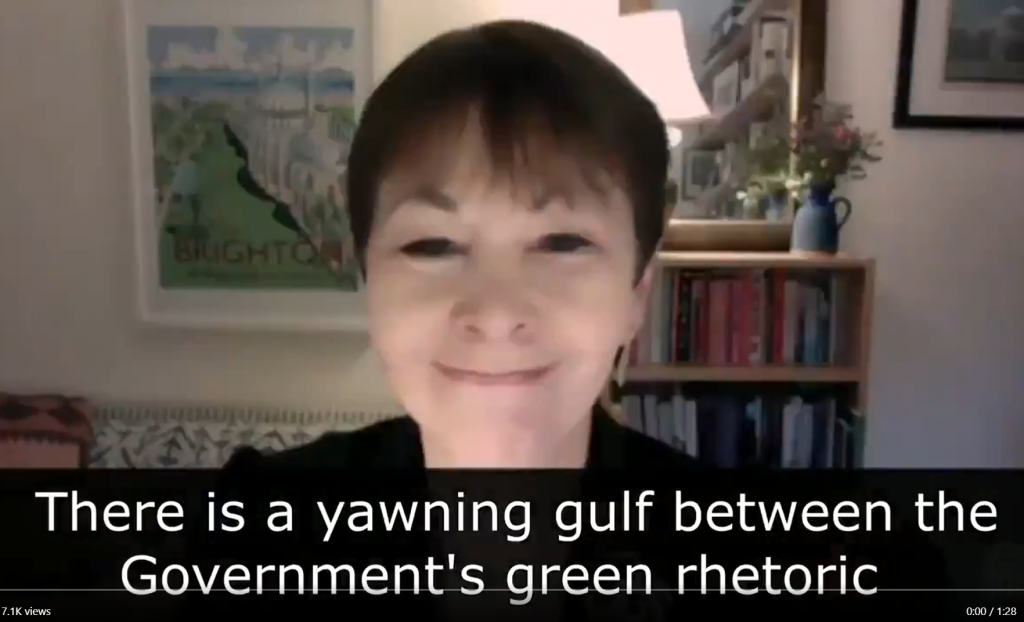 The Green MP cited a nine-year-old girl from East Devon, who has started a petition about the matter, during the weekly question time session in the House of Commons.

Asking her question remotely, with coronavirus restrictions still limiting the number of MPs in the Commons chamber, she said: “There is a yawning gulf between the government’s green rhetoric and their action.

“Hot on the heels of sanctioning the first deep coalmine in 30 years, ministers have broken yet another election manifesto promise and will keep sending plastic waste to developing countries, where they are regularly dumped or burnt.

“Nine-year-old schoolgirl Lizzie knows that this is wrong and she has a simple message for the Prime Minister: protect our oceans and people living in poorer countries by banning these dirty plastic exports now.

“Will he listen to Lizzie and to the 90,000 signatories to her petition and stop this damaging and unethical practice – yes or no?

The Conservative PM said: “First of all, I must absolutely contest and deny what the honourable member has said about action.

“She talks about coalmines and she may not know that in 1970 – I was alive, she may not have been alive – this country got 90 per cent of its energy from fossil fuels, from coal, and we now get 5 per cent.

“That is thanks to the green, active, technologically optimistic policies driven by Conservative governments and I am very proud of it.

“I am also proud of what we are doing to ban plastic and ban the export of plastic waste around the world, which is in our Conservative party manifesto, which we will fulfil.”

First, reducing use of coal in past is no reason for now giving go-ahead for first deep coal mine in 30 years

Second, good to hear a ban on exporting #plasticwaste is pledge he plans to deliver

After the exchange the Green MP said that Mr Johnson appeared to misunderstand the difference between energy and electricity.