Police have arrested a wanted man from Brighton the day after making a public appeal for help finding him. 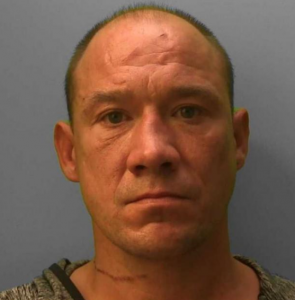 Valerijus Serebriakovas, 42, formerly of Hurstwood, Findon Road, Whitehawk, has been charged with two assaults and is due to be brought before a court tomorrow (Monday 22 March).

Sussex Police said today: “Police in Brighton have arrested and charged a man they were seeking in connection with an investigation.

“Valerrijus Serebriakovas, 42, unemployed, of no fixed address, was arrested on Saturday 20 March as a result of information supplied by the public.

“He has been charged with two offences of assault by beating and is due to appear in custody at Brighton Magistrates’ Court on Monday 22 March.”

Sussex Police added: “We are grateful for the information. Help from the public in tracing alleged offenders is always welcomed.

“An appeal for information on Serebriakovas’s whereabouts had been issued by police on Friday 19 March.”