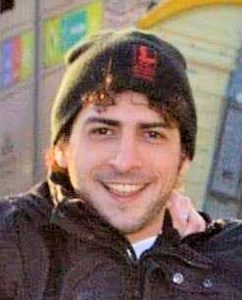 A 30-year-old Brighton man has been reported missing.

Sussex Police said: “Police are appealing to locate Roberto Giuliano, 30, who has been reported missing from Brighton.

“Roberto was last seen near the Old Steine at around 5.45am on Saturday (27 March) and officers are concerned for his welfare.

“He is described as 5ft 8in of a slim build, clean shaven and was wearing a red polo top, a black puffa jacket and dark jeans.

“Anyone who sees Roberto or who has information on his whereabouts is asked to report online or call 101, quoting 197 of 27/03.”