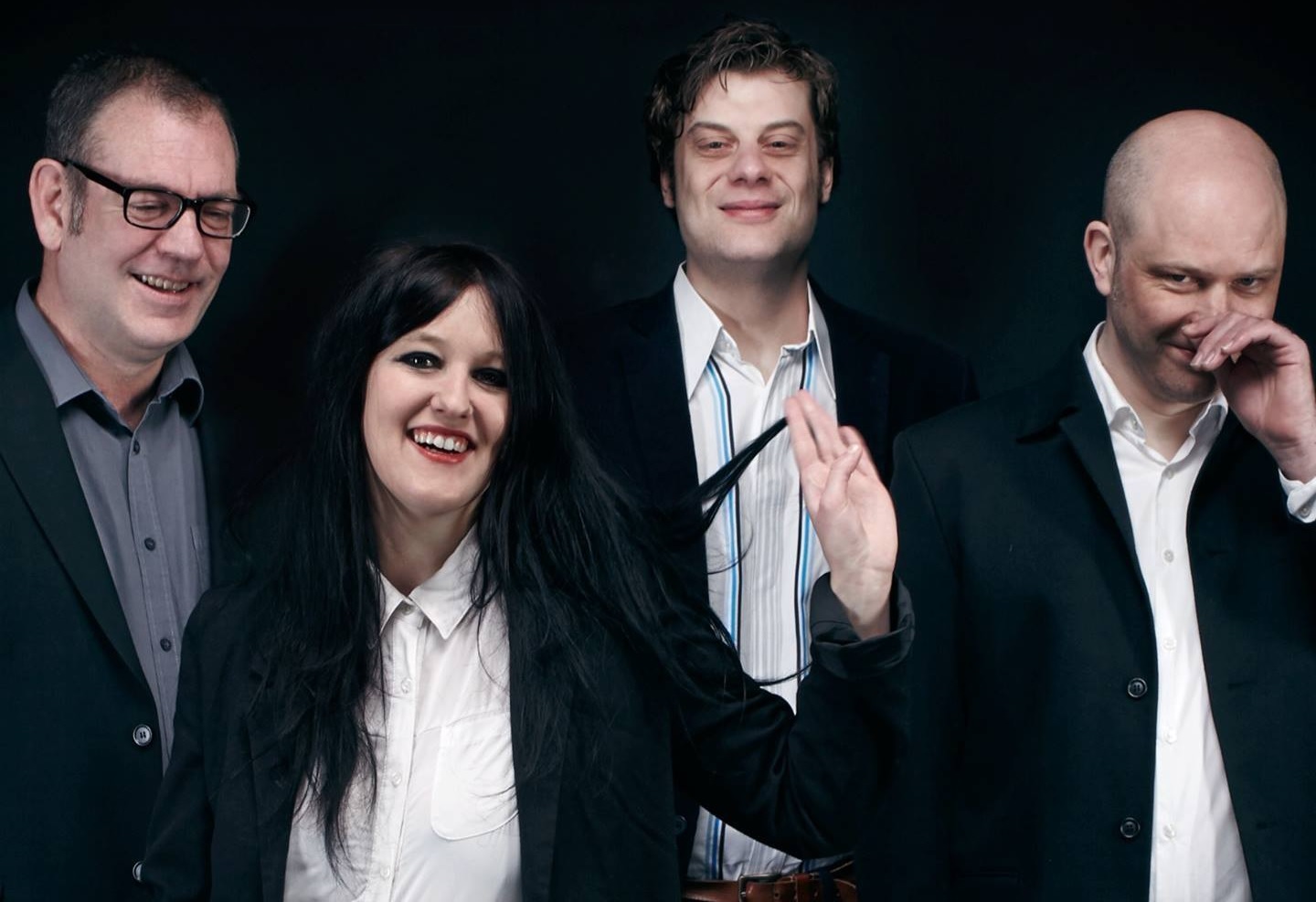 The Nightingales are flying into Sussex

Post punk band, The Nightingales, have announced that they are now appearing at The Con Club in Lewes on Sunday 31st October 2021. This is the new rescheduled date from 2nd May, 19th November 2020 and 1st May 2021. All previously sold tickets remain valid and there are currently only around 29 tickets still for sale.

It’s worth noting that The Con Club is a private, mainly volunteer-run, not-for-profit social club and live entertainment venue, normally open every day to its members and non-members. So it is well worth giving the venue your patronage! Purchase your tickets HERE before they are all gone! 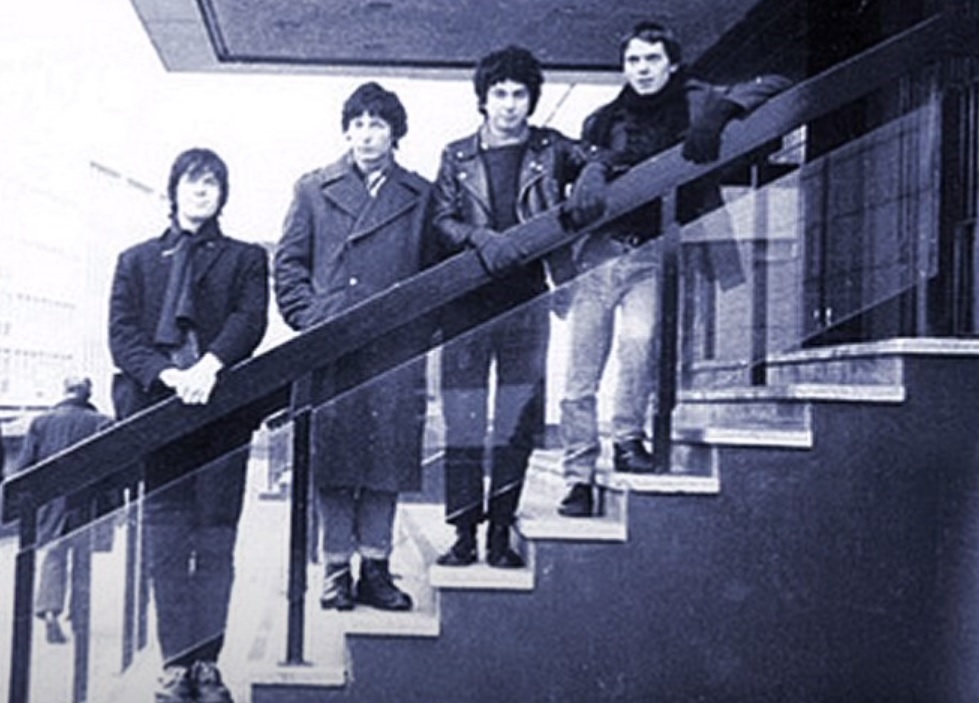 Before The Nightingales there was The Prefects! They were a punk band from Birmingham. In 1976 singer Robert Lloyd, with guitarist/drummer brothers Alan and Paul Apperley formed after an advert was placed in the Birmingham Evening Mail. They were Birmingham’s first punk group.

The band were part of The Clash’s ‘White Riot Tour’, toured with Buzzcocks, played with The Slits, The Fall, The Damned and many others, before recording two sessions for the John Peel radio show. The first was on 11th August 1978 and featured ‘Things In General’, ‘Escort Girls’, ‘The Bristol Road Leads To Dachau’ and ‘Agony Column’. The second session followed on 8th January 1979 and featured ‘Motions’, ‘Faults’, ‘Total Look’ and ‘Barbarellas’.

The band acquired legendary status in the UK, partly because no records were released until the band had split up, and then, only one posthumous single called ‘Going Through The Motions’ on Rough Trade in 1980. However in November 2004, a retrospective compilation ‘Amateur W*nkers’ was released by NYC record label Acute Records which, twenty five years after the group’s demise, garnered praise all over, from webzines to Rolling Stone.

They are best remembered for their seven-second opus ‘I’ve Got V.D’. The Prefects’ final line up transformed into The Nightingales after they split. 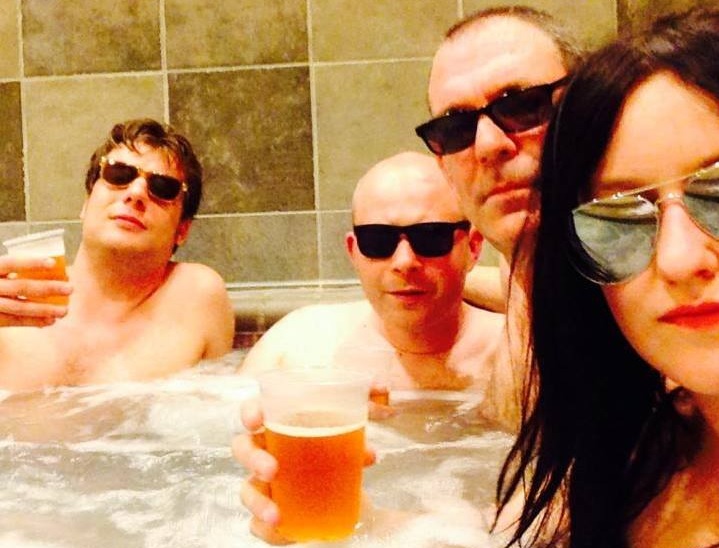 The Nightingales thus came together in 1979 and enjoyed cult status in the 1980’s, recording no less than 8 sessions for John Peel’s radio show. Clearly Peel loved them and went on record by stating “Their performances will serve to confirm their excellence when we are far enough distanced from the 1980s to look at the period rationally and other, infinitely better known, bands stand revealed as charlatans”. The band, before splitting up, played more sessions on John Peel’s BBC Radio 1 show than any other band excluding The Fall and Half Man Half Biscuit.

Their debut single, ‘Idiot Strength’, arrived in 1981 on Rough Trade and their debut album ‘Pigs On Purpose’ arrived in 1982 from Cherry Red Records. They initially called it a day in 1986, but in 2004 they re-grouped. A dozen albums (overall) later and The Nightingales are still on the case.

Their latest album dropped on 8th May 2020 and is titled ‘Four Against Fate’ – check it out HERE.

They have toured all over the UK and Europe. The current line-up includes vocalist Robert Lloyd (The Prefects), Andreas Schmid (from Faust) on bass, James Smith on guitar and brilliant drummer Fliss Kitson. 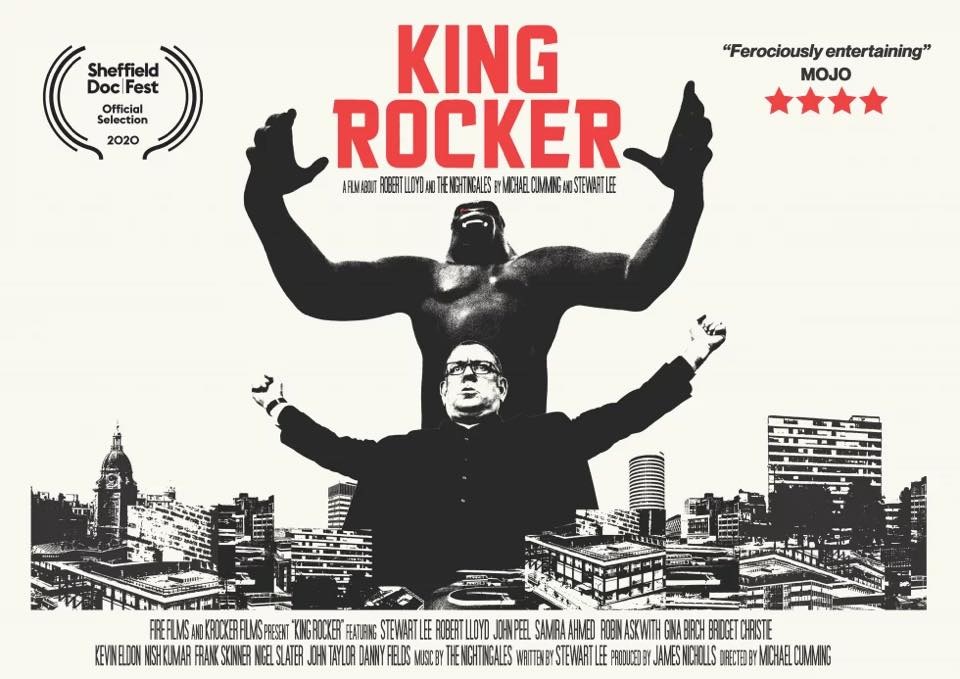 Check out The Nightingales music on their Bandcamp page HERE.

For further information on the band visit their official website thenightingales.org.uk.

Support at The Con Club will come from singer/songwriter Pete Astor from the Loft and The Weather Prophets and also from Kamura Obscura a Japanese agit-femme chanteuse and electricist, formerly from Frank Chickens and Mizutama Shobodan. 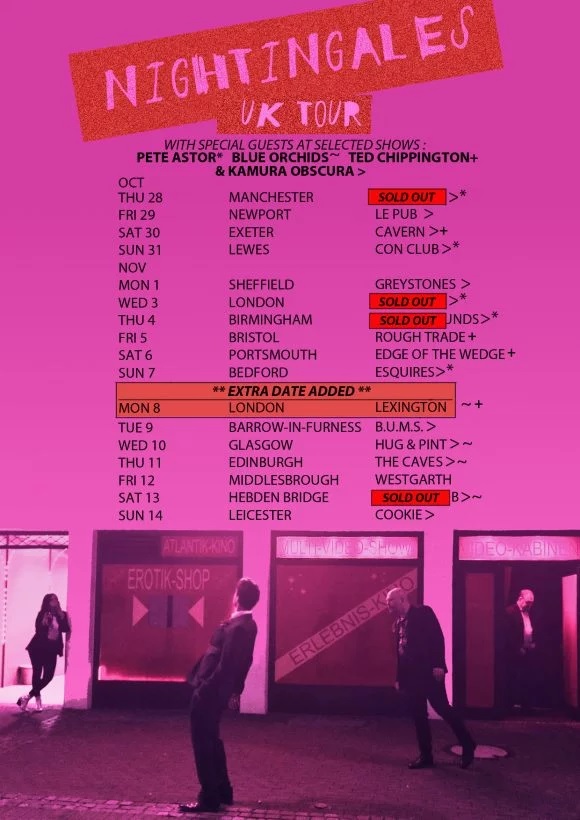