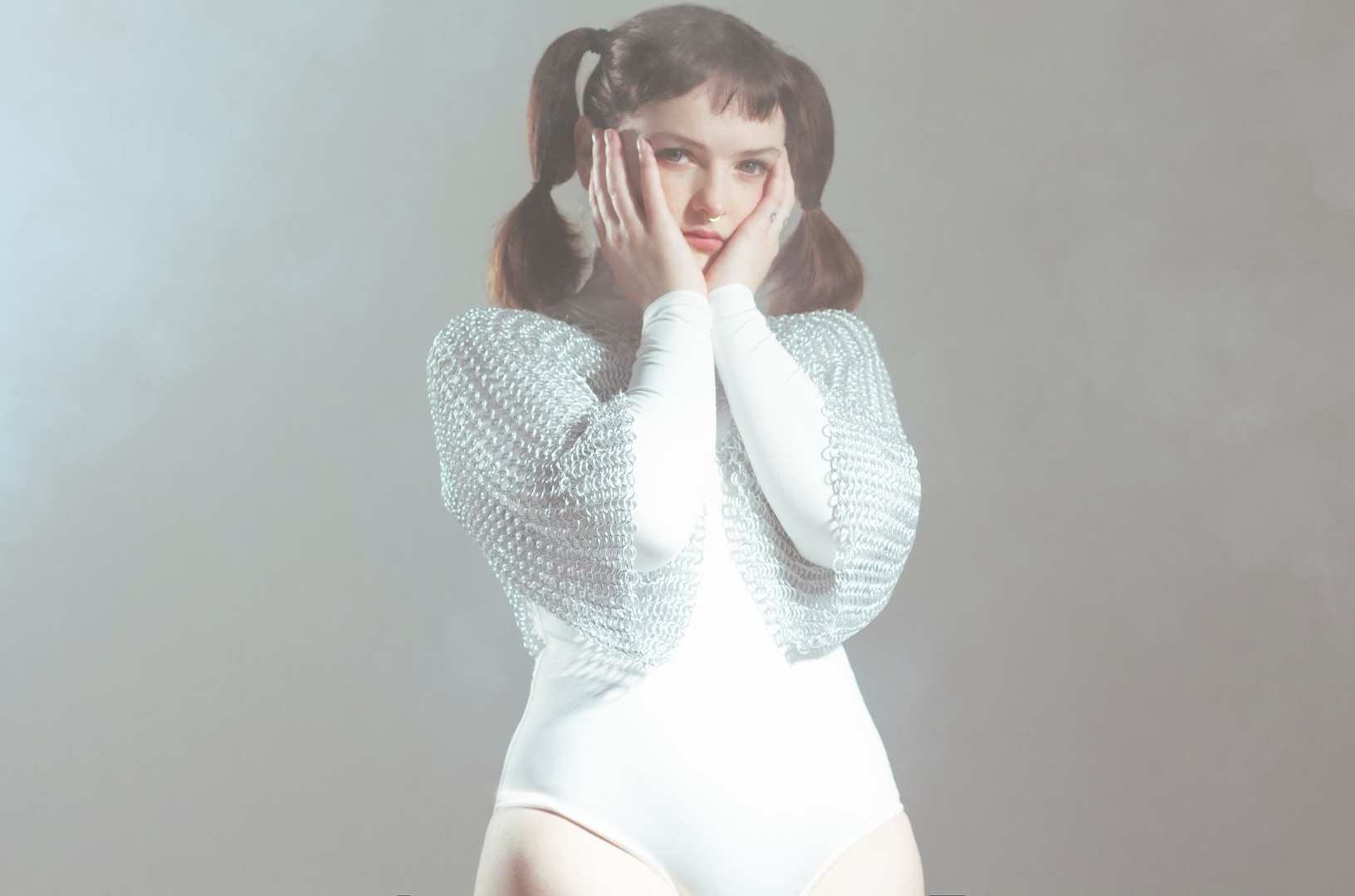 BABii is coming to Brighton

BABii has announced that she will be playing a concert at The Prince Albert on Wednesday 1st December in support of her forthcoming album ‘MiiRROR’, which will hit the streets on 21st May – Order your copy HERE.

Purchase your gig tickets HERE, HERE or from Resident music.

So who is BABii? Let’s find out about her and her forthcoming album……

Music has always been a mirror for electronic pop adventurer BABii – a place where “I can dig out demons from the basement of my brain and set them on fire,” as the singer-producer puts it.

Among her songs’ skittering beats and fractured synths are reflections of her deepest self that she wouldn’t otherwise know how to access. “It’s always a cathartic process that helps my mind feel less dusty and disorganised,” the Margate artist explains. “But this album was definitely a new extreme.” 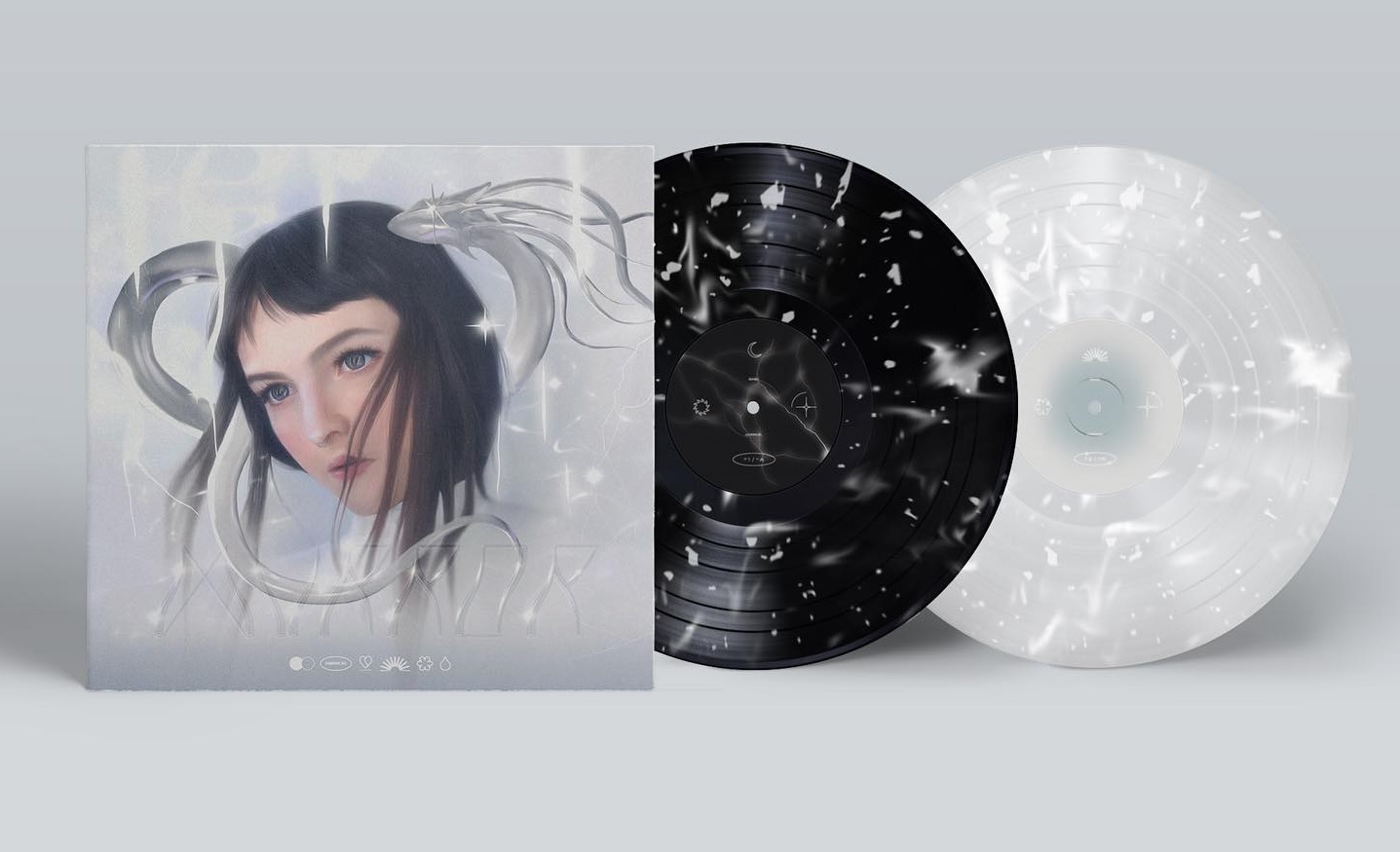 She’s talking about ‘MiiRROR’ – a record, book and accompanying alternate reality game that required new heights of self-reflection to create. Written, produced and creative-directed by the production polymath, real name Daisy Emily Warne, ‘MiiRROR’ explores “the duality of emotions: good and bad, light and dark” across ten songs and a story full of demons and junk yards. The tale it tells may be fantastical, pulling fans through oil-smudged cities and glistening opaline clouds towards a climax in a beat-up transit truck, but it’s a universe built on real-life heartache – not so much a demon fire, but a brutal, beautiful inferno.

“I don’t wanna be, I don’t wanna be, a secret, do you want to keep me?” asks Warne over eerie echoes and hard-like melodies on ‘WASTE’, before tracing “the tracks in the dirt where you left me” moments later.

Abandonment is at the heart of this haunting record because Warne grew up without a mother, raised in Yorkshire, Kent and Canada by a nomadic father who, after quitting a potential career playing ice hockey, hustled his way through life, turning his hand to antique dealing and building and renting out a warehouse space to creatives.

When her mother later re-entered her life, “a lot of things went unsaid – until one day when I finally had this confrontation with her.” The tidal wave of emotions unleashed by that interaction sparked something in Warne, who decided to devote her next project to exorcising those demons. “I wanted to confront both my negative and positive feelings towards her: the dark reality and the idyll that as a kid I had in my head.” 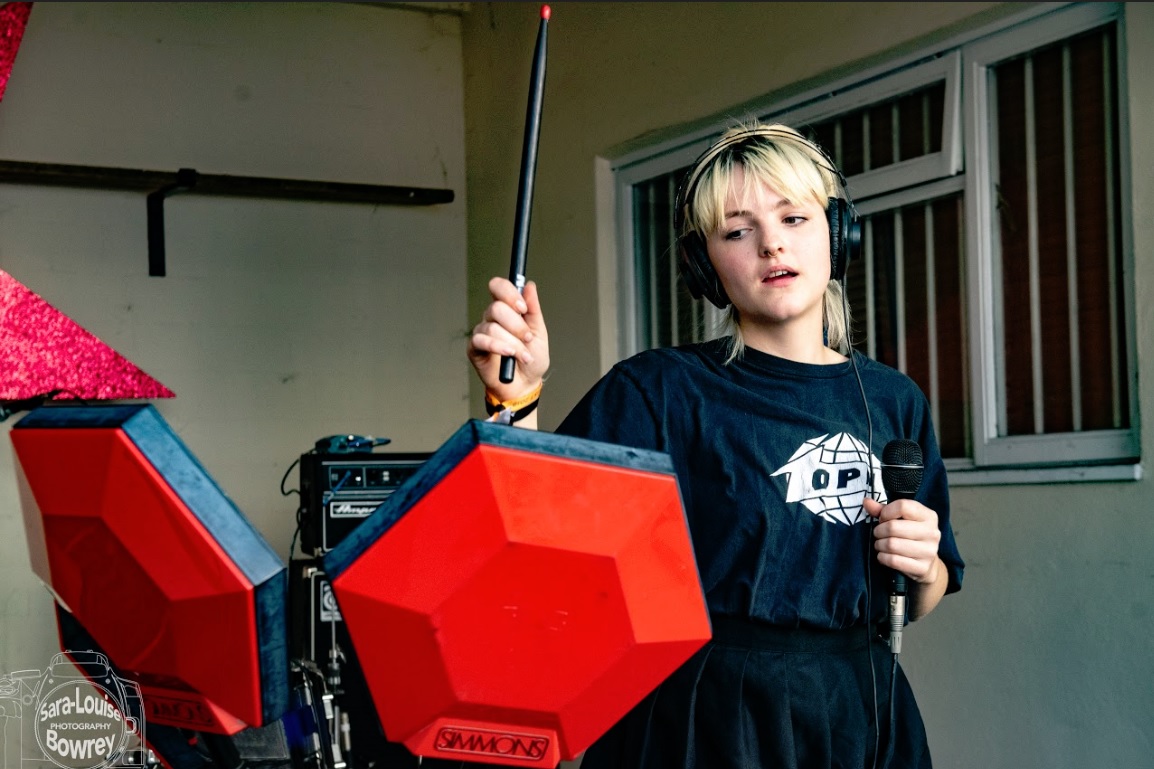 From that seed, grew an aesthetic exploration of opposites. 808 bass booms beneath delicate, celestial chords. Lyrics about shadows pirouette around glimpses of light. Audio samples move forwards, then in reverse, woven seamlessly into the fabric of Warne’s pristine production. “It began as this exercise in symmetry and spiralled utterly out of control,” she laughs, nodding to the extracurricular materials that started to blossom around the songs as her imagination ran away from her. Warne noticed overlaps between the tracks and a story that she had begun writing as a teenager and began crafting a book that expands on and compliments the tale on the record. The result is a nostalgic, ambitious and affecting world to explore: one of the most imaginative and immersive new voices in the UK music underground, inviting you to step through the looking glass of her unusual childhood via sound, story and image.

Those who’ve been following the rise of BABii will see ‘MiiRROR’ as a natural next step for an artist who’s always endeavoured to build worlds around her music. Ever since announcing herself to the world with 2018 single ‘PHANTOM’ and 2019 debut album ‘HiiDE’, the songwriter – championed by BBC Radio 1, 6 Music, Loud and Quiet, The Quietus, Clash and The Line of Best Fit among others – has revelled in creating visuals for her tracks that allude to wider universes, housing her songs in neon-splashed lands that teeter between utopia and dystopia.

Whether stepping out alone or as part of creative collective GLOO, with whom she released a scintillating 2019 album titled ‘XYZ’, Warne’s artwork is often otherworldly. 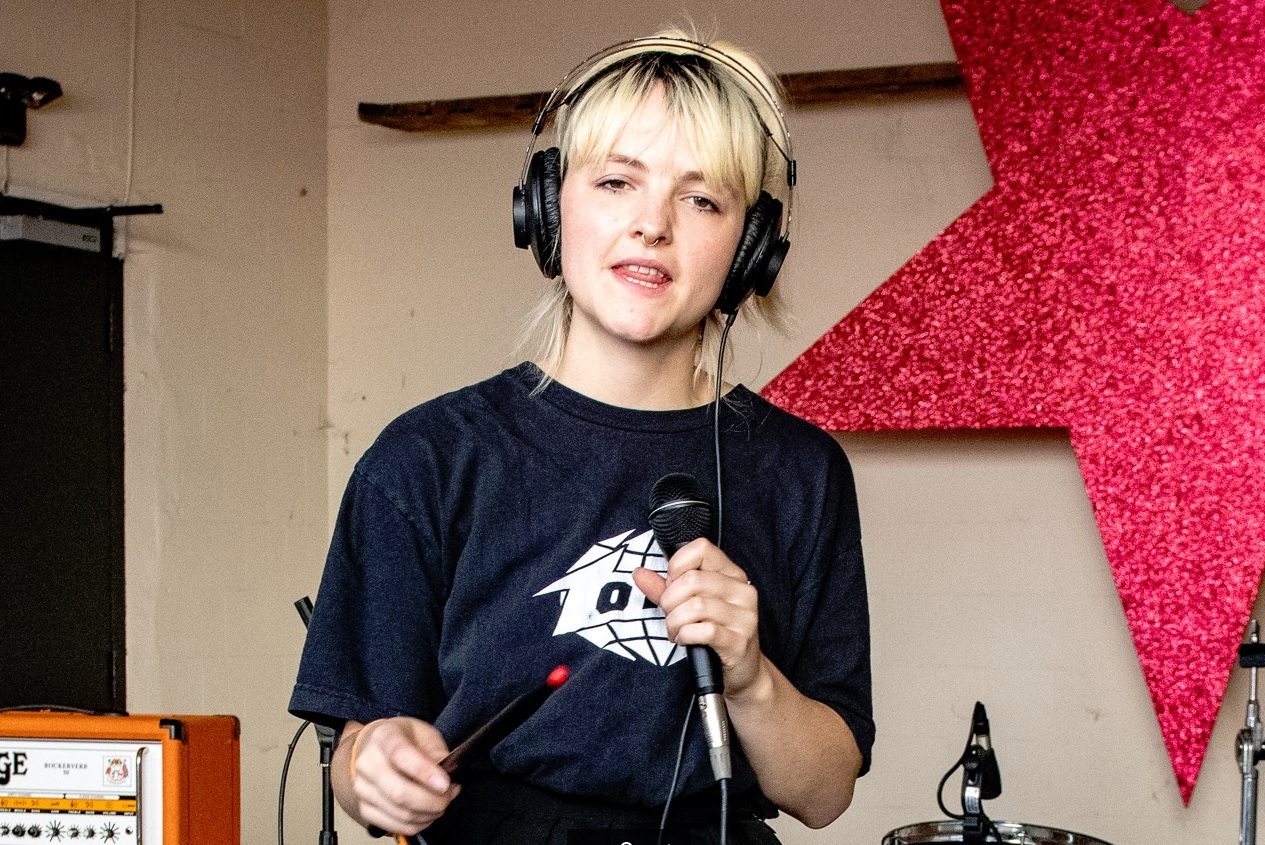 Her self-directed videos meanwhile, such as the ones that accompanied her brilliant 2020 EP ‘iii+’, are equally transportative: in the alluring visual for ‘SNAKE’, Warne pounds electronic drum pads from smoky post-apocalyptic roadsides, embers dancing in the evening sky behind her. This love of world-building is rooted in a childhood spent playing around a “a big dusty warehouse and salvage yard” that had a replica medieval village built inside of. “I used to roller skate around these rusty beds of nails. It’s lucky I didn’t get tetanus. It was quite wild. There was a lot of stimulus in that building and weird objects, and crazy artists, including one who’d make robots out of rubbish and made me make voodoo dolls out of junk,” she recalls. “It really informed the work I make now as an adult.”

It was during this time that she discovered music. Her father’s record collection was a gateway and Warne recalls formative experiences travelling round the UK delivering furniture and going to antique fairs, “sleeping in the back of a lorry and listening to bootleg tapes.”

The first instrument she played was a bugle, followed by a penny whistle (both of which drove her dad insane). Later on, a friend of her father’s gave her percussion lessons and introduced her to Carnival Club, where kids hit percussive instruments and developed understandings of rhythm. All of which helps explain the hypnotic grooves on display in songs like ‘BRUiiSE’, ‘HUNTED’ and twisted ‘90s garage homage ‘SHADOW’. 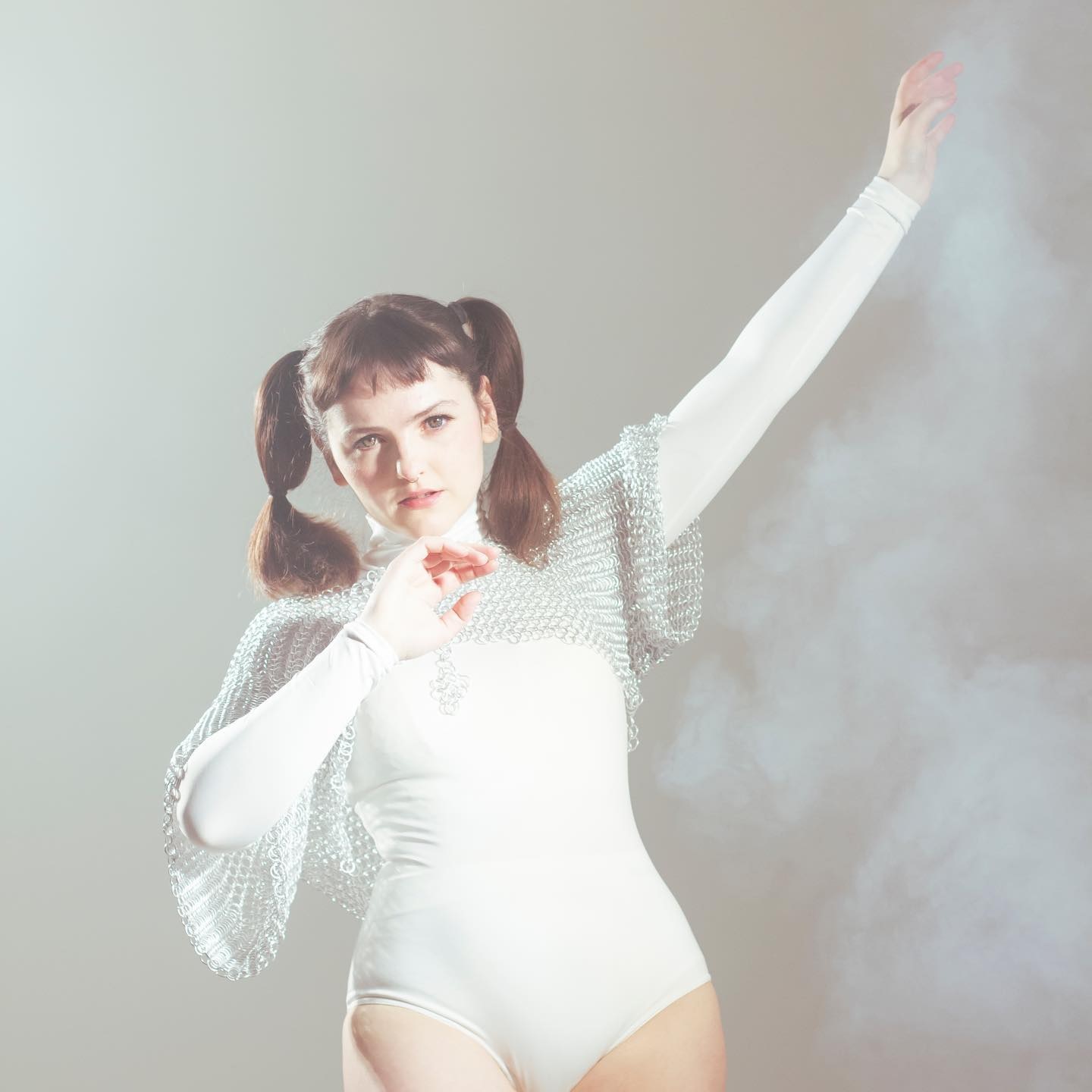 If the album has the nomadic, free-roving feel of an artist who refuses to sit still, that’s because it was created that way. BABii tracks have been written on coaches, on trains, in warehouses and beyond: “wherever I can take my laptop, basically,” says Warne. ‘MiiRROR’’s enigmatic opening track, ‘DRiiFT’, for example, was created in multiple locations.

“I decided to make something inspired by an experience I had when I was three or four,” she explains of the track. “My dad got in an argument with some boy racers, who began to throw bricks at my dad’s car as a result.” The standoff ended when their neighbour chased the aggressors away with a meat cleaver, but the damage was done: their car was a wreck of dented metal and broken glass, textures channelled in the song’s sound design. 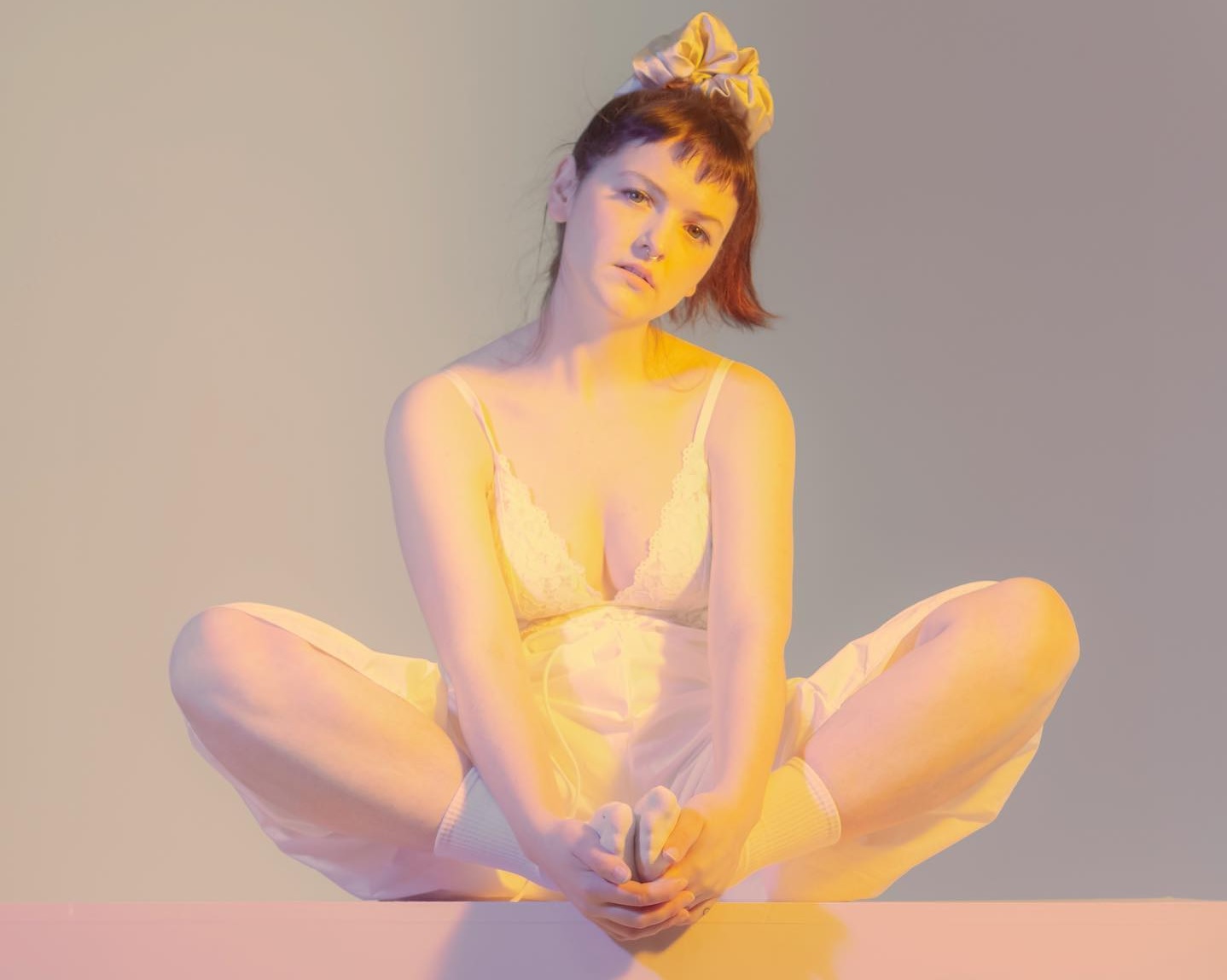 Elsewhere on the album are tinder box explosions of dance emotion like ‘VOiiD’, which erupts into symphonic strings as it hurtles towards conclusion, and the choral, moving ‘MOTHER’, which brings the record to a close. “I purposefully drew from things I loved as a kid, like the Neverending Story,” says Warne of the album’s cinematic scale, “as well as my experience growing up in a dark, scrappy atmosphere that I often escaped from by getting sucked into these fantasy worlds. It’s an album but also a designed experience, an event. I want to do things that fulfil all your senses. I hope people can discover their own meanings in it and relate to it in their own ways.” Music has always been a mirror for BABii. She hopes this album can do the same for you.

Check out BABii on Bandcamp HERE and other socials HERE. 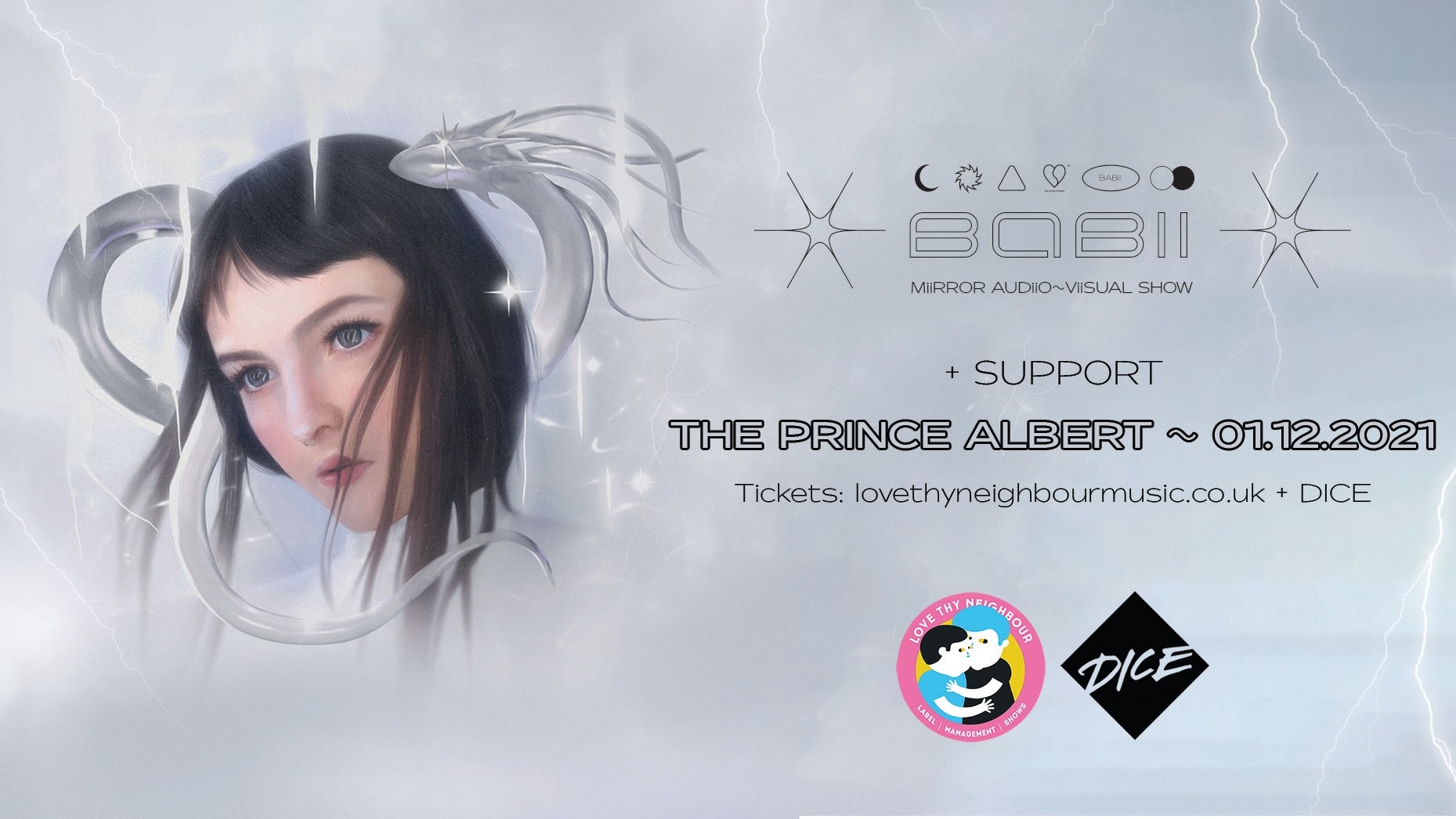