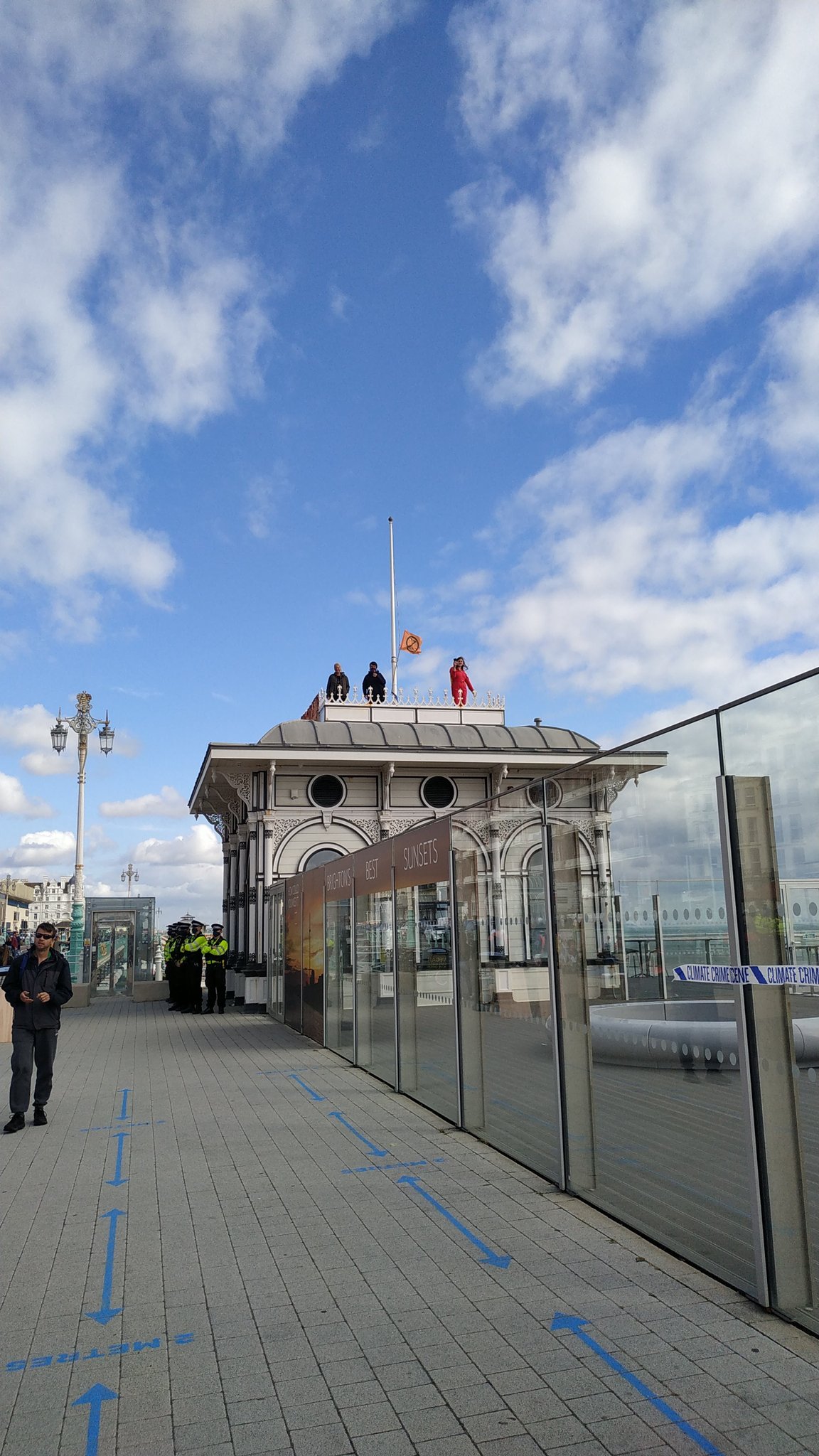 The Extinction Rebellion i360 protest on 29 August, 2020. Picture by @thekinaton

Three Brighton women have been charged with trespassing on the West Beach cafe roof during an Extinction Rebellion protest last summer.

Katharine Young, 55, Nicola Fee, 46, and Hermione Berendt, 25, all pleaded not guilty to obstructing lawful activity by trespassing onto the roof of the i360’s tea rooms.

Young, of Tarner Road, was also charged with damaging decking to the value of £150 belonging to the tourist attraction.

Berendt, of Preston Road, Fee, of Walton Bank, and Young all appeared for the first time at Brighton Magistrates Court on 25 March.

They were all remanded on conditional bail until 3 August, when they are due to stand trial at the same court.