We review two Kid Kapichi shows prior to their sold out Brighton gig! 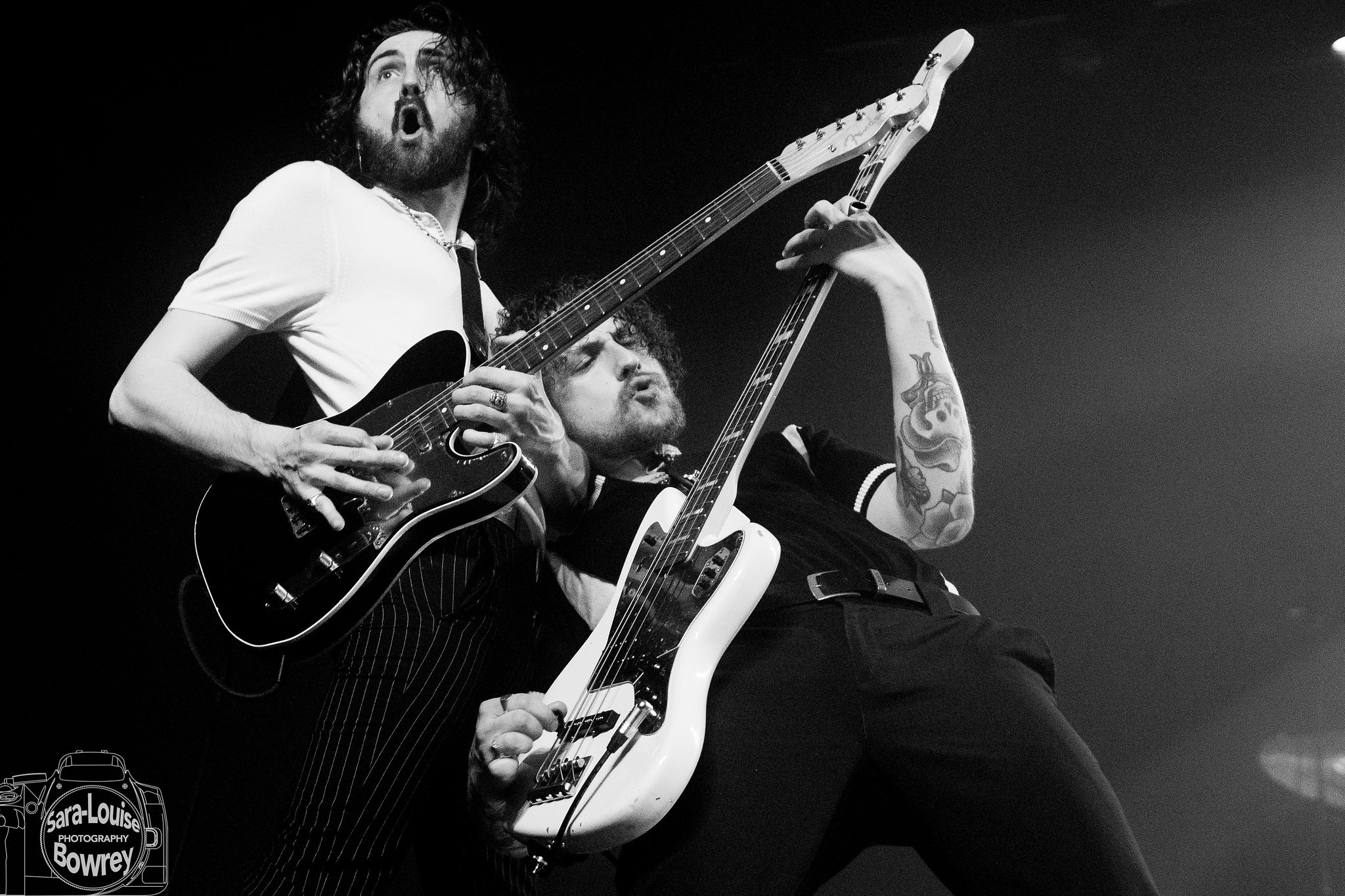 A poignant cobweb hanging a metre-or-so down from a light above the De La Warr Pavilion balcony was a telling reminder of just how long venues have been mothballed.

Tonight’s Kid Kapichi ‘album launch’ comes over three months since ‘This Time Next Year’ hit the racks with a glowing four-star NME review that called it “a snarling debut full of grit, determination and blood-curdling fury…” 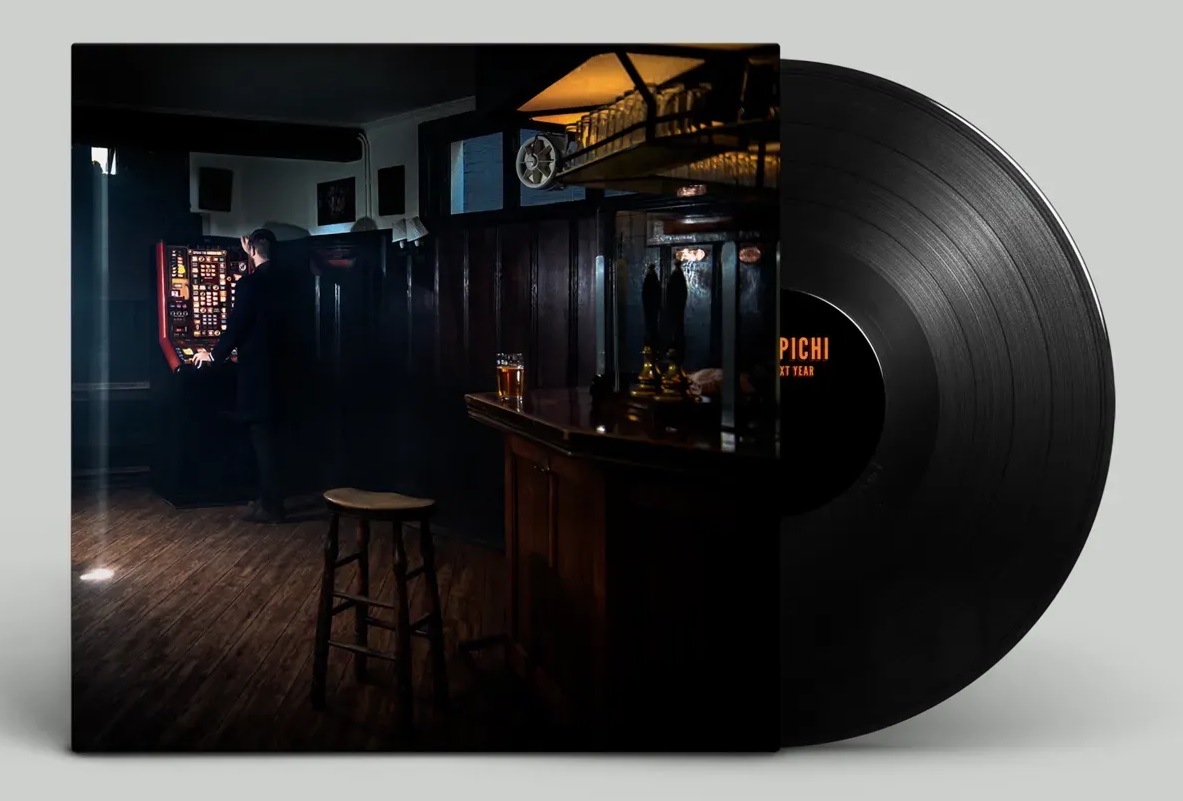 Those with an eye for detail might have pointed out to the NME hack that the band’s first release was way back in 2016 – but this is their first long-player, so we’ll not split hairs over semantics.

But back to the present, and although the venue might have been a bit dusty, none of the bands were in any way rusty, effortlessly remembering which end of the guitar was which and what all those funny switch things at their feet do… 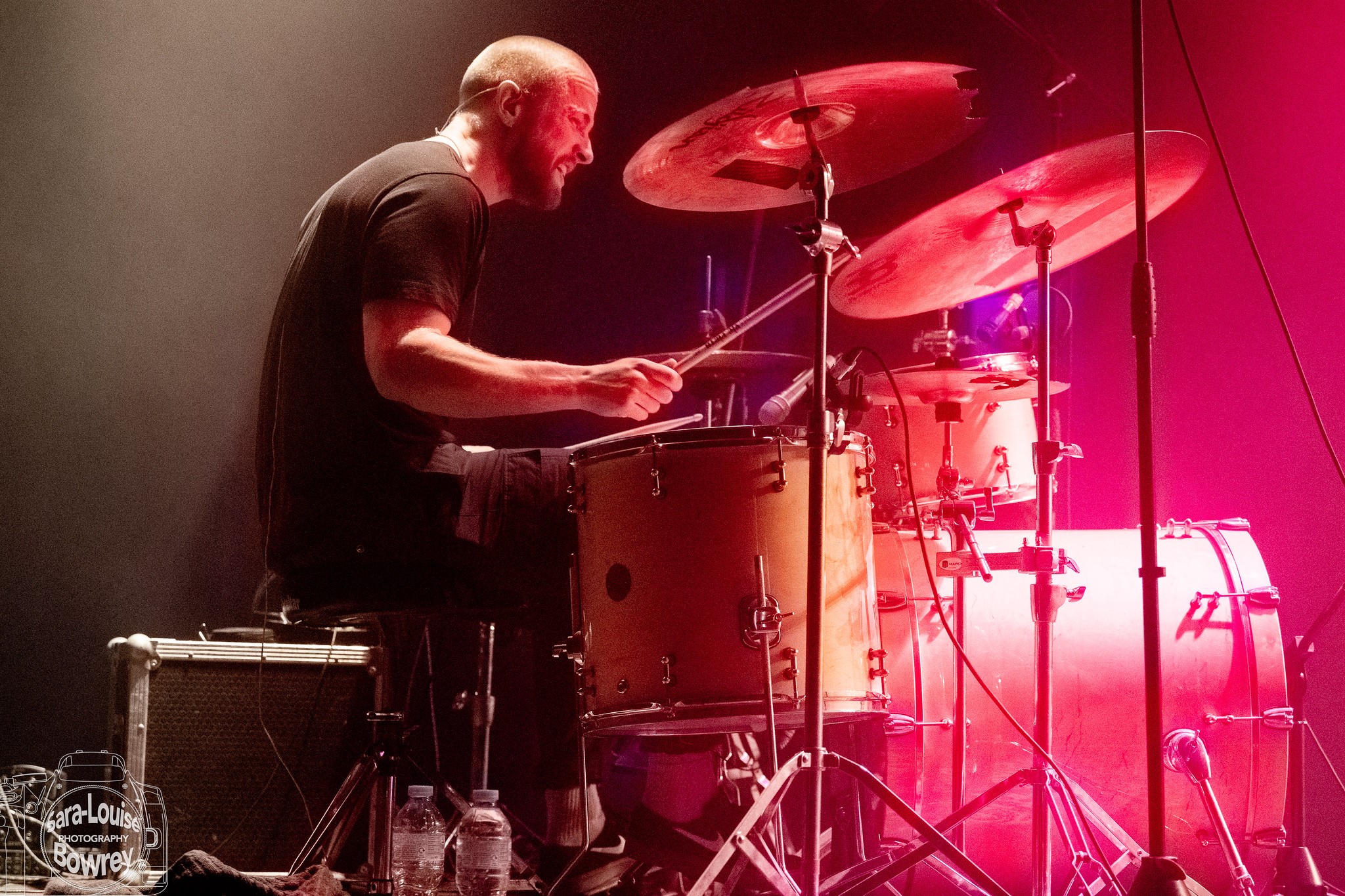 Due to demand for tickets and the need to still maintain social distancing this (almost) home-town return to the live stage was split over two nights – offering opportunities for both SNAYX and Blabbermouth to take turns at opening the shows.

However, the big elephant in the room was the looming question of how bands like these would work in the rigidly controlled setting that current rules dictate.

All seated, masks when not drinking, no jumping around, and all that jazz. And indeed, the amount of space around each little sofa-island of fans was enough for a pretty big elephant to have navigated its way down to the non-existent mosh-pit.

But it still wasn’t the same, and served as a telling reminder of how far we still are from any true return to normality. 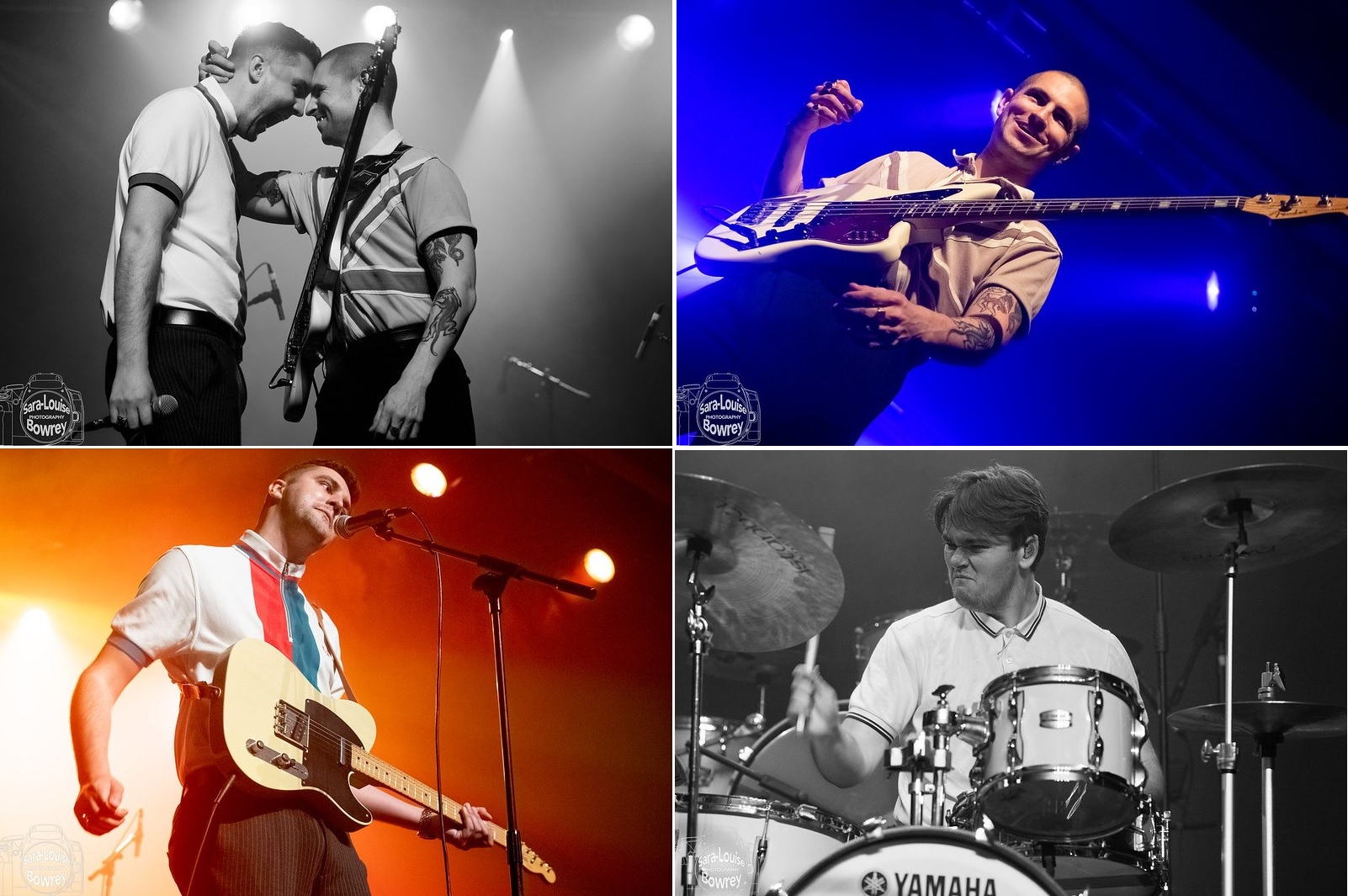 As SNAYX hit the stage the first impression was of how the Pavilion appeared to have taken on the proportions of a stadium, given the distance from the band to the seated front row.

And there was a palpable wave of relief that rolled across the (admittedly sparse) crowd as they got their first dose of proper live rock in what felt like an eternity.

With bass-heavy riffs, SNAYX are reminiscent of early Red Hot Chili Peppers, but with a contemporary twist – and this is a good thing.

Their set was a perfect appetiser to whet appetites for the main course. 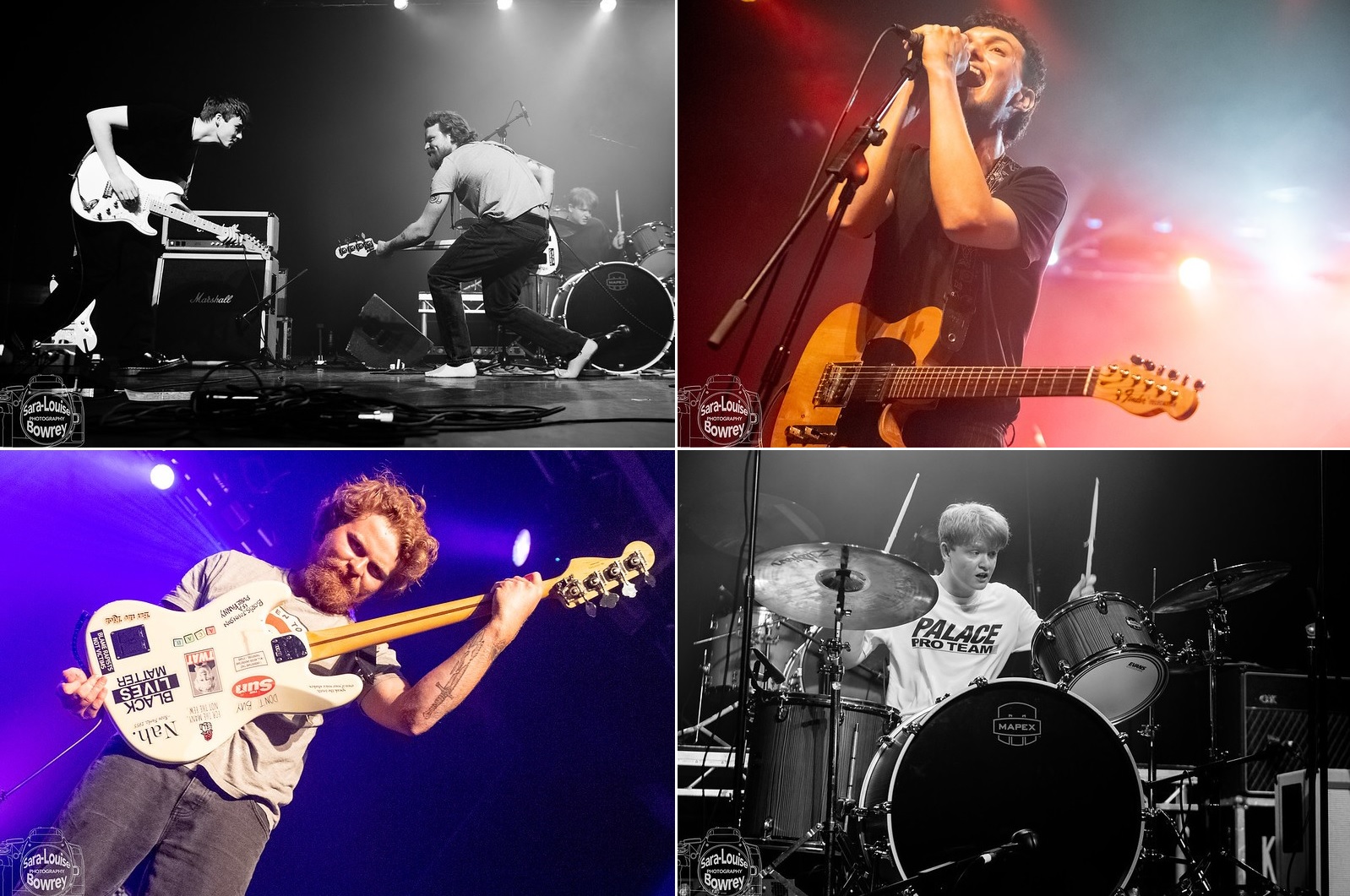 And the same could be said for Blabbermouth, who opened the Saturday night show.

Max’s voice may have been a little rough around the edges from a little too much rehearsal time in the studio, but nobody cared as the audience lapped up the band’s songs, which are as infectious as a boisterous Covid virus, and twice as deadly! 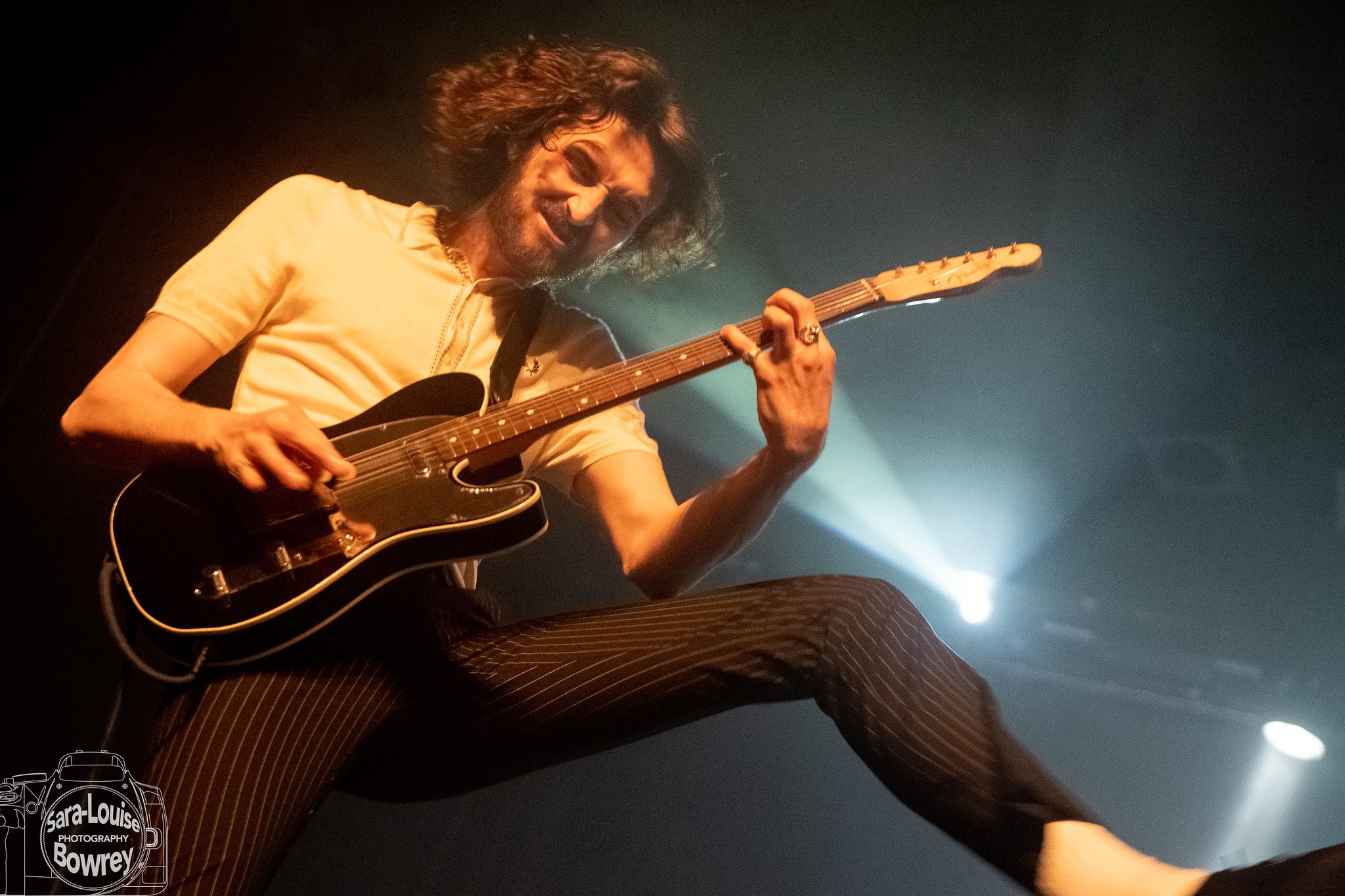 But what of Kid Kapichi’s two-night residency?

Well you could sense the magnetic lines of force that snapped between the band and the audience right from the opening strobes of a dramatic lightshow that was worthy of a stage entrance by Metallica.

Restraint was strained to its limits as fans were torn between the desire to dash to the front and the knowledge that misbehaving and not following Boris’ rules might put the show at risk. 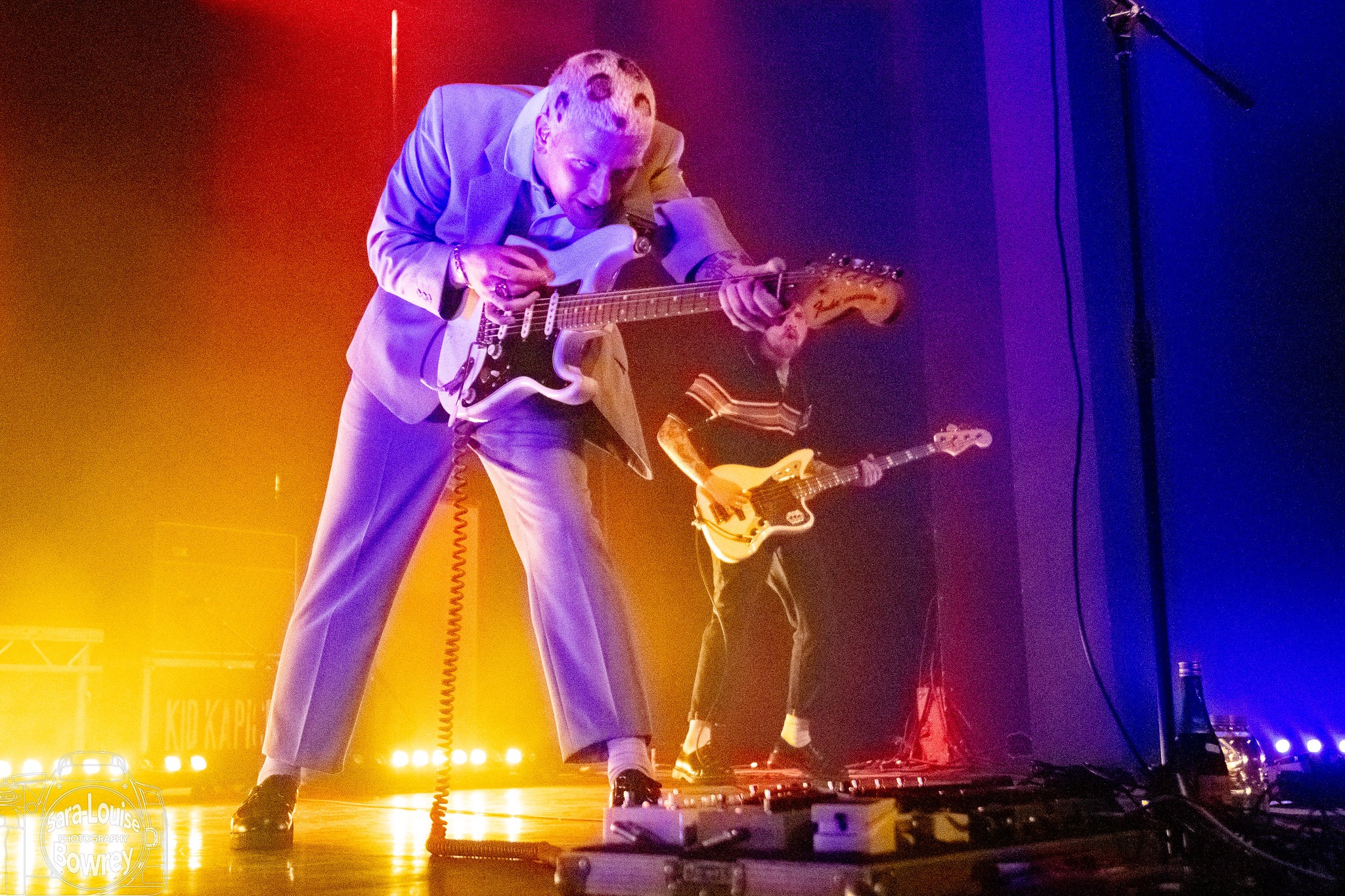 So fists punched the air and hair was flicked from side to side in an effort to somehow recreate the normal crowdsurfing chaos that a Kid Kapichi gig inevitably always ascends into…but all from the comfort of a sofa or café table.

And throughout the two triumphant shows the band prowled and stalked the De La Warr stage with effortless perfection and precision – as if they had never been away and as if the hundred-or-so audience members were ten times that number and stacked two-deep. 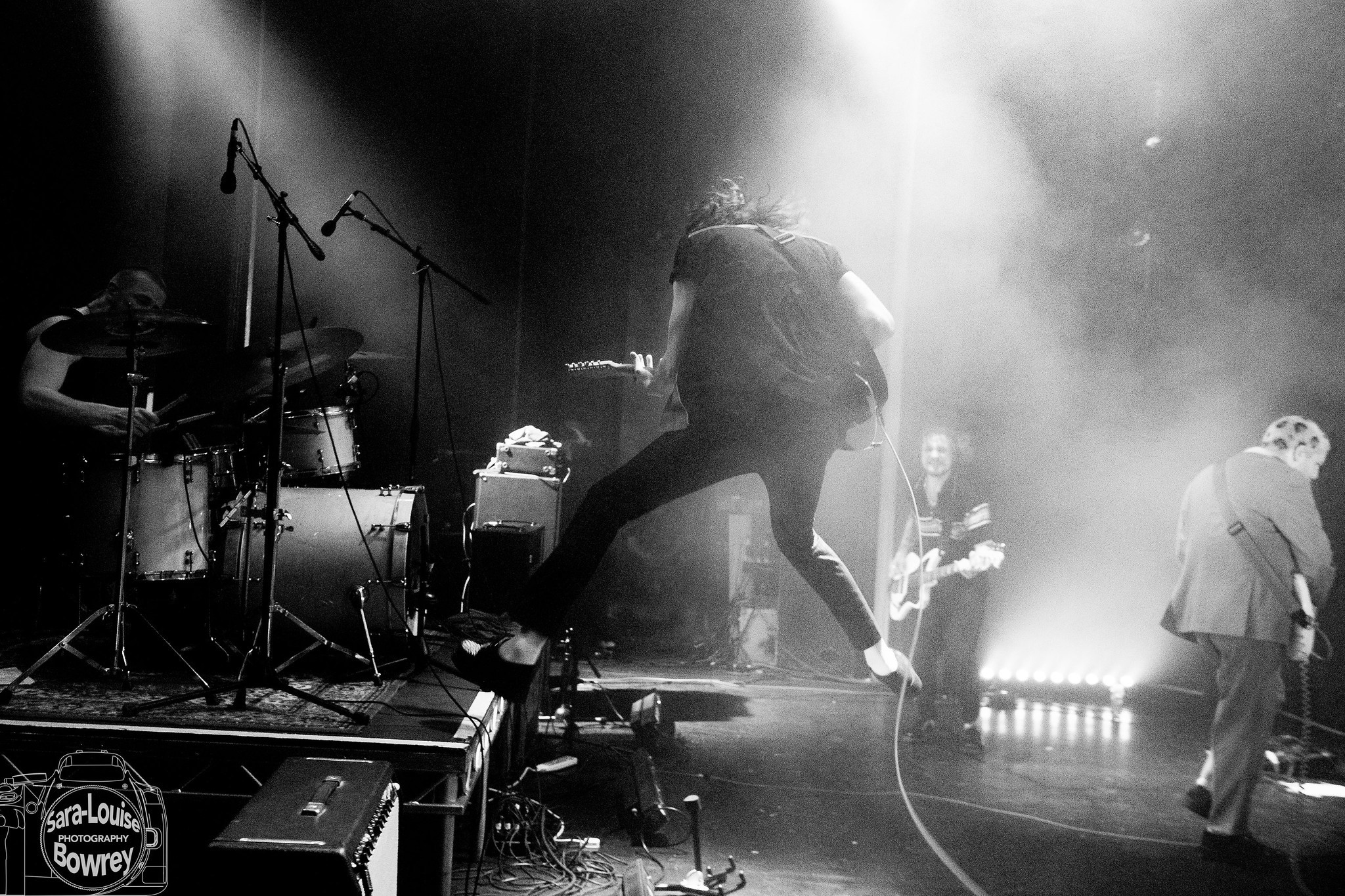 Every song was another notch on the bedpost as old faves rubbed luxuriantly up against new raves in a deliciously well-blended cocktail of anger and social commentary spiked with musical and lyrical hooks that were instantly addictive.

Last year should have been Kid Kapichi’s true break-through opportunity – but the world put their plans on pause along with the rest of the industry.

Now, with restrictions lifting and everyone hoping that the true normal will be back this sider of Christmas, perhaps ‘this time next year’ the whole world will be chanting along to their favourite Kapichi anthems in packed venues and festivals across the globe! 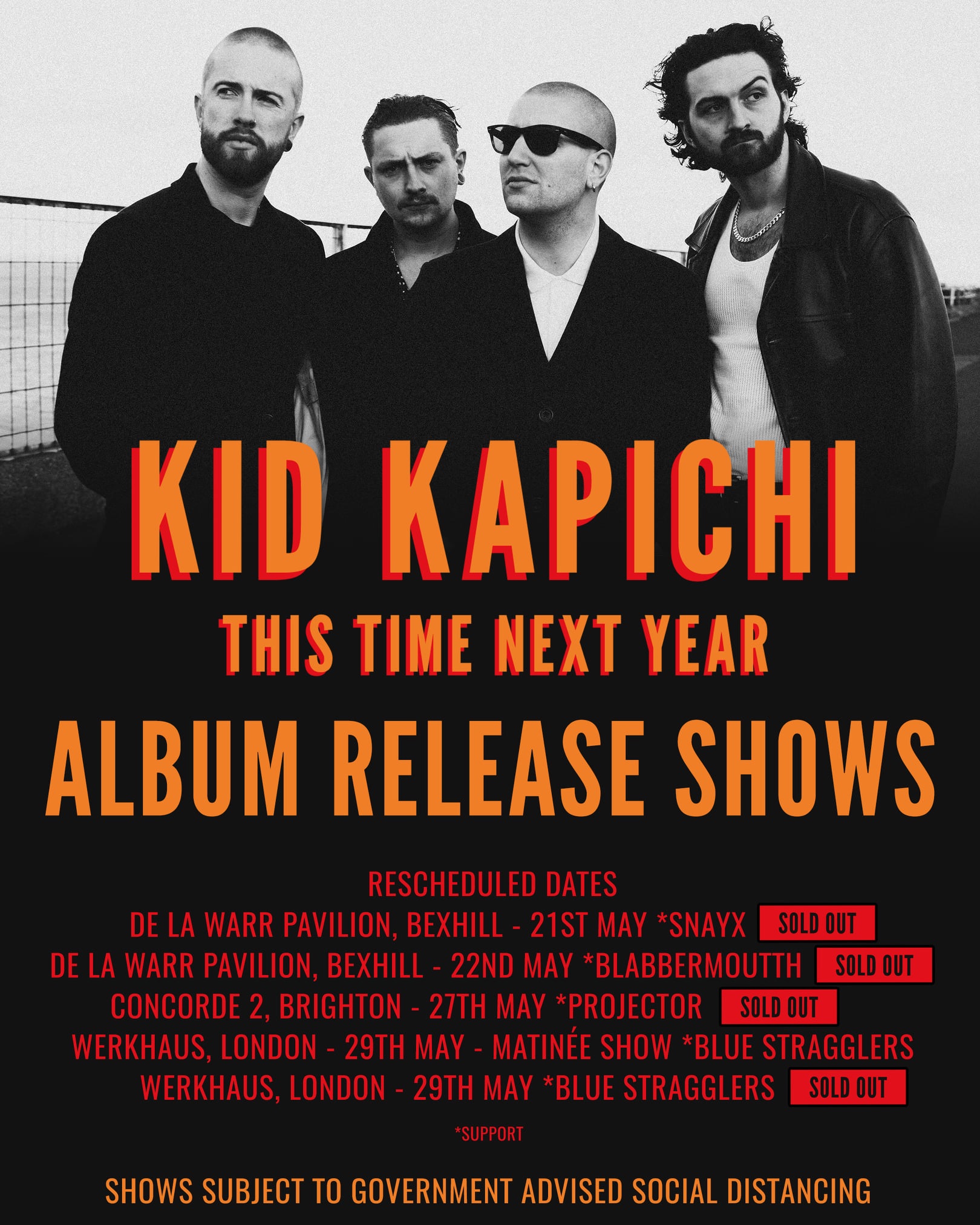