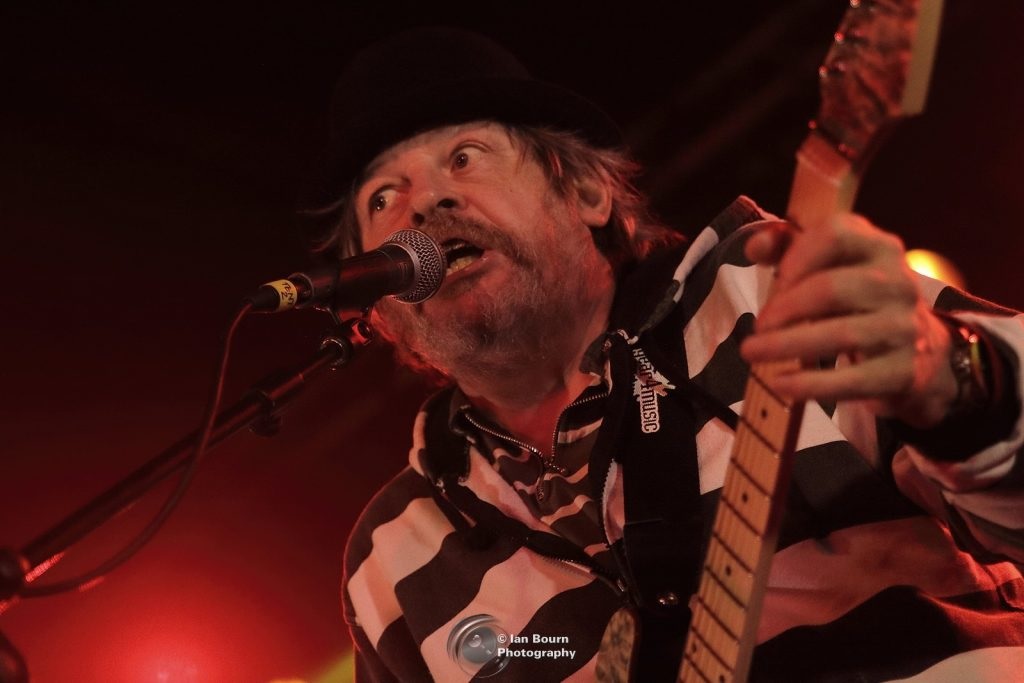 ‘Boring’ Bob Grover from The Piranhas live at the Concorde 2 26.6.19 (pic Ian Bourn Photography) (click on pic to enlarge!)

Next month sees the live concert return of Brighton’s very own Piranhas who will be rockin’ The Admiral, on Thursday 15th July which is located at the bottom of Elm Grove at numbers 2 to 6 (postcode BN2 3DD).

Great news eh? Better still, this will be a free entry concert and also happy hour prices will apply when the band is on! The event starts at 8pm and concludes at 10:30pm. Seating will be restricted due to current covid regulations, so it’s well worth getting down there early to grab your seats! 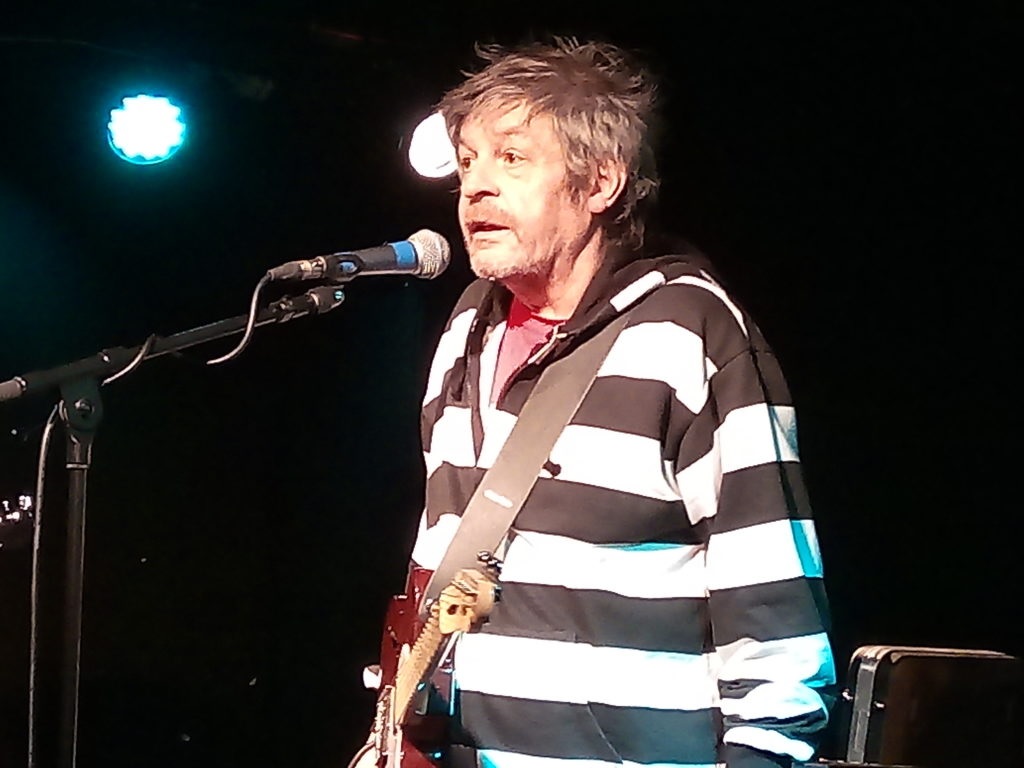 The Piranhas have always been a light-hearted affair, with previous original band members taking on the nom de plumes of Dick Slexia (drums, now sadly RIP) and Zoot Alors (saxophone). Their lyrics are fun and so is going to see them live. It’s a time to forget your troubles and just (chair) dance.

People best know The Piranhas for their 1980 Top 10 smash hit ‘Tom Hark’. The track is these days most enjoyed by Burton Albion football fans as they play this song over the loudspeakers when they score a home goal. The funny thing is that the music is actually a cover of a 1958 South African kwela tune by Elias & His Zig Zag Jive Flutes with Boring Bob’s charming lyrics over the top. 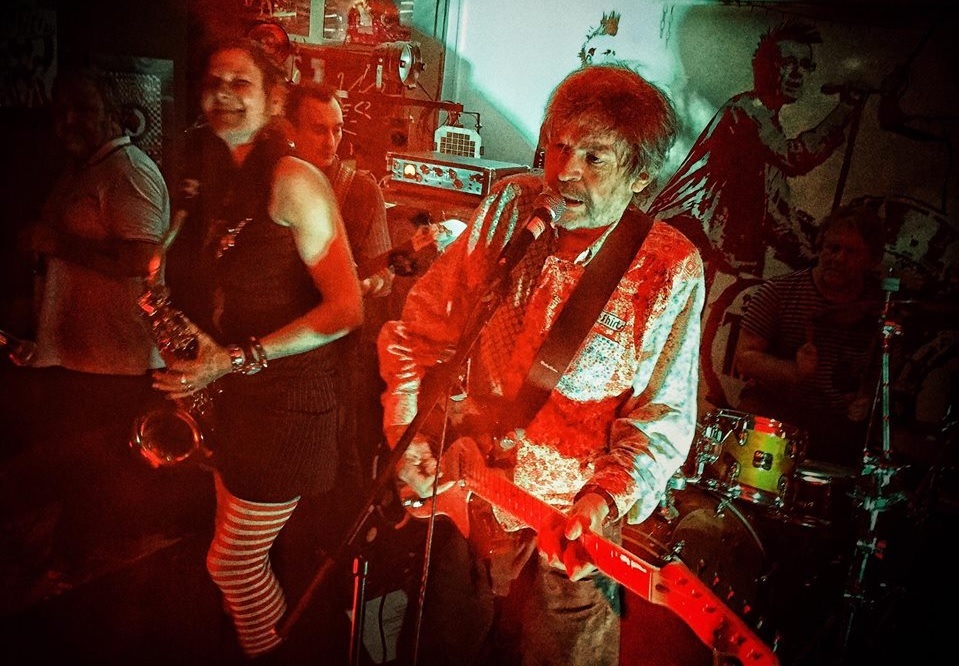 I have fond memories of first being aware of The Piranhas as they were signed to Rick Blair’s legendary Brighton record label Attrix Records, who were based (near where I used to work) in Sydney Street. The label released three ‘Vaultage’ (’78, ’79, ’80) compilation albums of Brighton area artists and is today a fantastic snapshot of how the city and music scene really was back then. I can remember buying some really random 7” singles in the shop, including ‘The Wundersea World of Jacques Cousteau’ by Arthur 2 Stroke and ‘Nag Nag Nag’ and ‘Silent Command‘ both by Cabaret Voltaire.

The Brighton & Hove News Music Team last encountered Piranhas when they supported The Damned at the Concorde 2 back 26th June 2019 – Read our review HERE.

For more information on the Piranhas Four + click HERE. 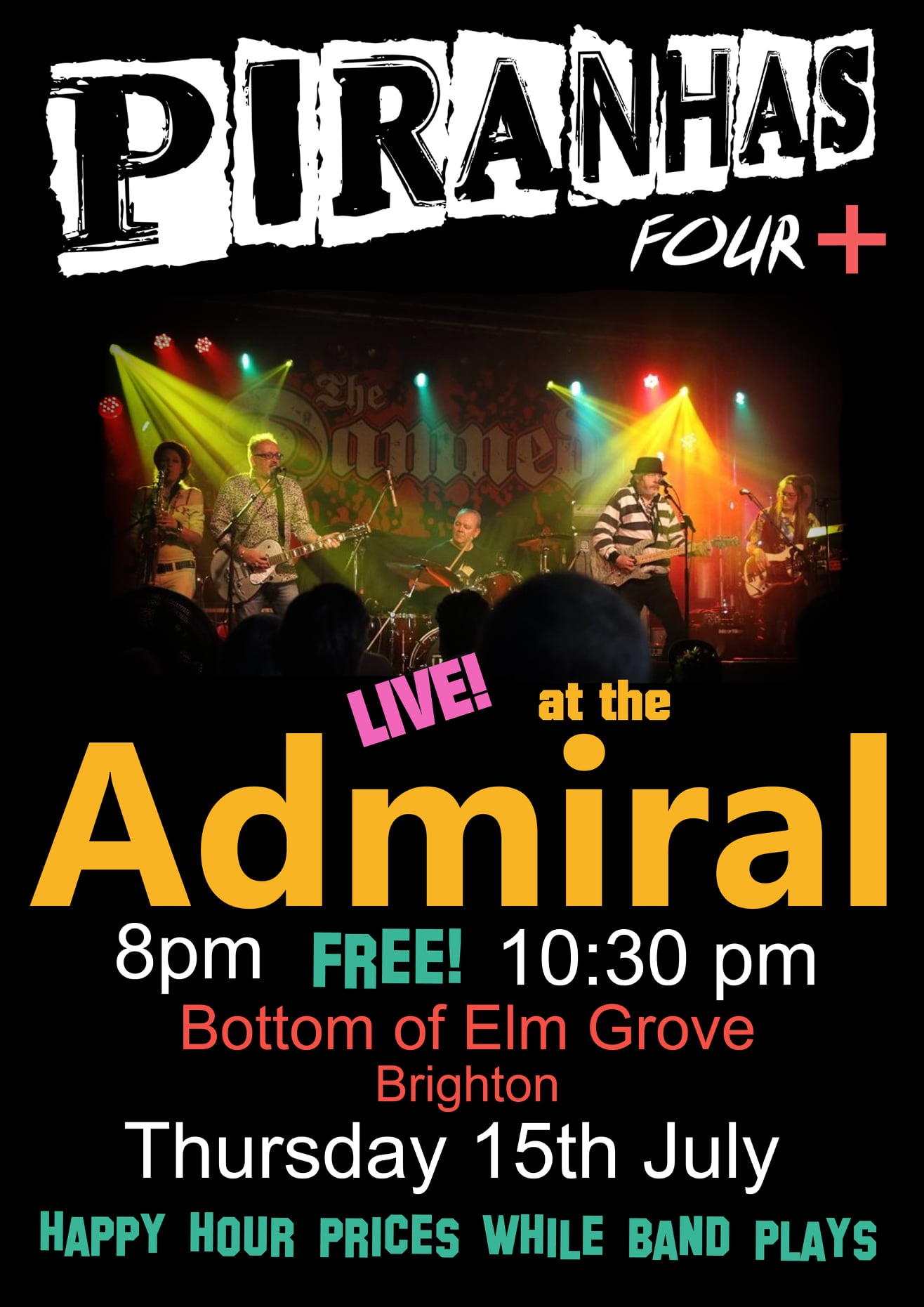