A school cancelled a parent governor election after claims that a candidate’s friend was handing out pre-filled voting forms at the school gates.

Parents complained to the executive head teacher at Hertford Infant School and Hertford Junior School after some received ballots that they said had been filled in for an existing parent governor.

The two schools in Hertford Road and Lynchet Close, in Hollingdean, share an executive head teacher and governing body.

Parents said that they were handed ballot papers outside Hertford Infants by a friend of Daniel Goodhand, a parent governor standing for re-election.

While some received blank ballots, others said that they were filled in.

One mother who received a completed ballot and asked to remain anonymous said: “I was a little confused by why I was being approached outside the school.

“It was only when the other mum replied to her saying, ‘I think I’d like to read up on this before making my decision,’ I realised the implications of being handed the completed ballot.”

Another parent who asked not to be identified said: “The majority of parents dismissed all of this and ignored the attempts to influence the vote.

“However, a small group of parents of year 1 pupils were so angry they complained to the school.”

Both parents praised the school for its quick action, postponing the ballot as it looks to fill two parent governor vacancies on the schools’ board of governors.

Mr Goodhand, who was elected as a parent governor in July 2017 and served until this year, denied claims that pre-filled ballots were handed out in his name.

He said that he had someone helping him to hand out ballot papers who ticked the box if a parent agreed to vote for him.

Mr Goodhand said: “I do not agree with the executive decision to firstly stop people handing in ballot papers in person (preventing people from voting anonymously) or subsequently cancelling the election.

“I felt these decisions lacked transparency and was reactionary to allegations that they had not had time to fully investigate. 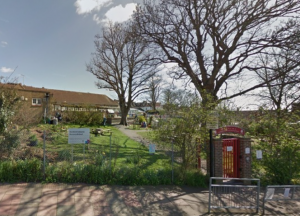 “The school now doesn’t have any parent elected representative as both parent governor positions were open even before the election.”

He has complained about the school’s decision so and wants it to be reviewed by an independent person and he has asked the school to keep the current ballot papers for inspection.

As of Friday 2 July, the schools have been without parent governors.

Mr Goodhand is no stranger to elections, having stood for Brighton and Hove City Council for the UK Independence Party (UKIP) in the Patcham by-election in May this year and in Hove Park in 2015.

The Hertford Schools Federation said: “We decided to call a halt on the parent governor election we had been running.

“This follows evidence of inappropriate campaigning by one of the candidates that has prompted a number of complaints from parents.

“We have sought advice from the council and they have offered their full support for this decision.

“We expect to restart the election process during the autumn term.”