The director of a yoga business has been jailed after he inflicted life-changing injuries on another man in an unprovoked attack outside a bar in Hove.

Aftab Miah, 36, of Sherbourne Close, Hangleton, was sentenced to 21 months for assaulting Kit Bruce in Second Avenue, Hove, in May.

Edward Hand, prosecuting, told Hove Crown Court that Miah had become involved in an argument or fight at Pascal’s but that everyone involved had been thrown out.

Later, when Mr Bruce was across the road, in the terrace outside another bar, Libation, Miah got out of a car and ran up to him and punched him.

Mr Hand said that “this was an unprovoked single blow attack” and Mr Bruce fell and hit his head on the pavement and was unconscious. Miah ran back to the car and it drove off.

Mr Bruce, 24, was taken to hospital by ambulance and treated for bleeding on the brain and a fractured skull.

Mr Hand said: “He had to be subject to intensive and very careful treatment. He had to be sedated for two days. It has had extremely serious consequences for Mr Bruce.”

His hearing and balance have been badly affected – and he added: “The impact of this very short incident has been devastating for Mr Bruce.”

He has lost more than £9,000 as a result of being unable to work and needs dental work costing more than £2,000. He has also had trauma counselling, the court was told.

Rebecca Upton, defending, said: “It was a single punch following a brief argument earlier in the night.

“The consequences of that punch were not intended by Mr Miah. He is thoroughly ashamed of his behaviour.

“It can only be described as a moment of madness. There is no justification for it and he does not suggest that Mr Bruce did anything wrong.”

The court was told that Miah had several previous convictions going back about 20 years for violence, drugs and driving offences. And he had been jailed before.

He was involved in a violent attack at the Dynamic Hot Yoga business that he runs in Hove. The founder of the business, Stuart Tranter, was injured in the attack. 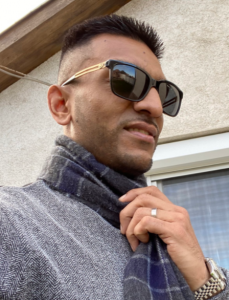 But Miah was now a married father of two, Miss Upton said, and since his children were born he had largely stayed out of trouble, focusing on his businesses and charity work.

He had served a driving ban after crashing into a tree while driving under the influence of drugs a few years ago.

But the rehabilitation activity had, she said, had “almost zero impact” because of the coronavirus lockdown and had consisted mostly of five-minute phone calls.

She said: “No work (was) being done on the underlying problems in Mr Miah’s life.”

Sentencing Miah, Judge Stephen Mooney told him: “You have an alarming propensity to use violence when slighted.

“You are – and have the capacity to be – a thoroughly violent and dangerous man. 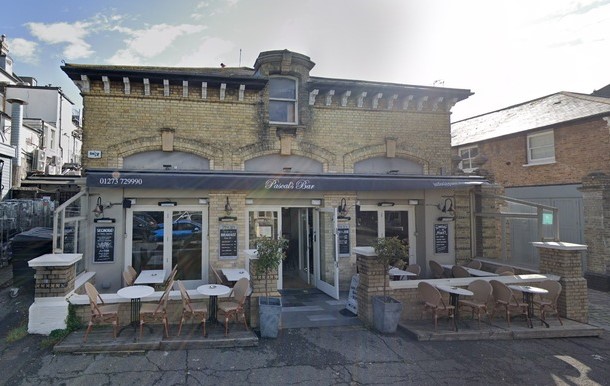 “You have another side to your character. You recognise the need to turn your life around. You have done a lot of charitable work. You have facets of your character which deserve commendation.

“You had some form of disagreement which festered. You ruminated on it. You plotted and you planned.”

Describing the attack, Judge Mooney said: “It was cowardly. It was unprovoked. It was vicious and it has had catastrophic consequences for Mr Bruce and his family.”

The judge said that the 24-year-old’s life had been ruined and told Miah: “You robbed him of his hearing, his sense of smell, his balance, his capacity to work.

“His life will never be the same again and it was wholly and completely unnecessary.

“The violence that you use and continue to use presents a risk to the public.

“He could have died – and you would have been looking at a much longer sentence.”

Miah said quietly, “I understand that,” and he was taken from the dock to prison.