Transmission The Sound Of Joy Division – ‘Closer’ than ever before 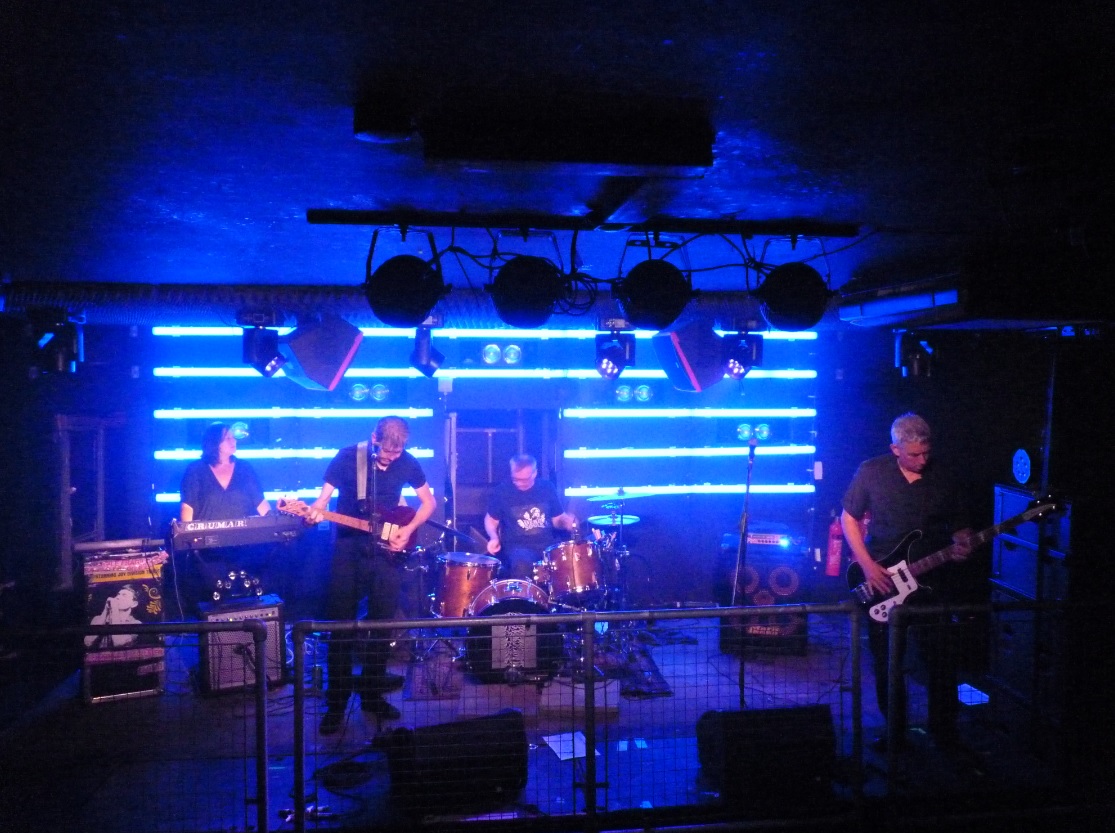 Tonight, it was finally happening! We had waited 692 days (that’s 1 year, 10 months and 23 days) since we first found out that Transmission The Sound Of Joy Division were to play live in Brighton for the first time in their thirteen year history!

In fact, tonight was only their second ever performance in the whole of Sussex, having played Hastings in 2010, so this evening was a must on the gigs list. Courtesy of covid, this concert was originally to have taken place on Saturday 25th April 2020, but thankfully it was rescheduled for tonight. 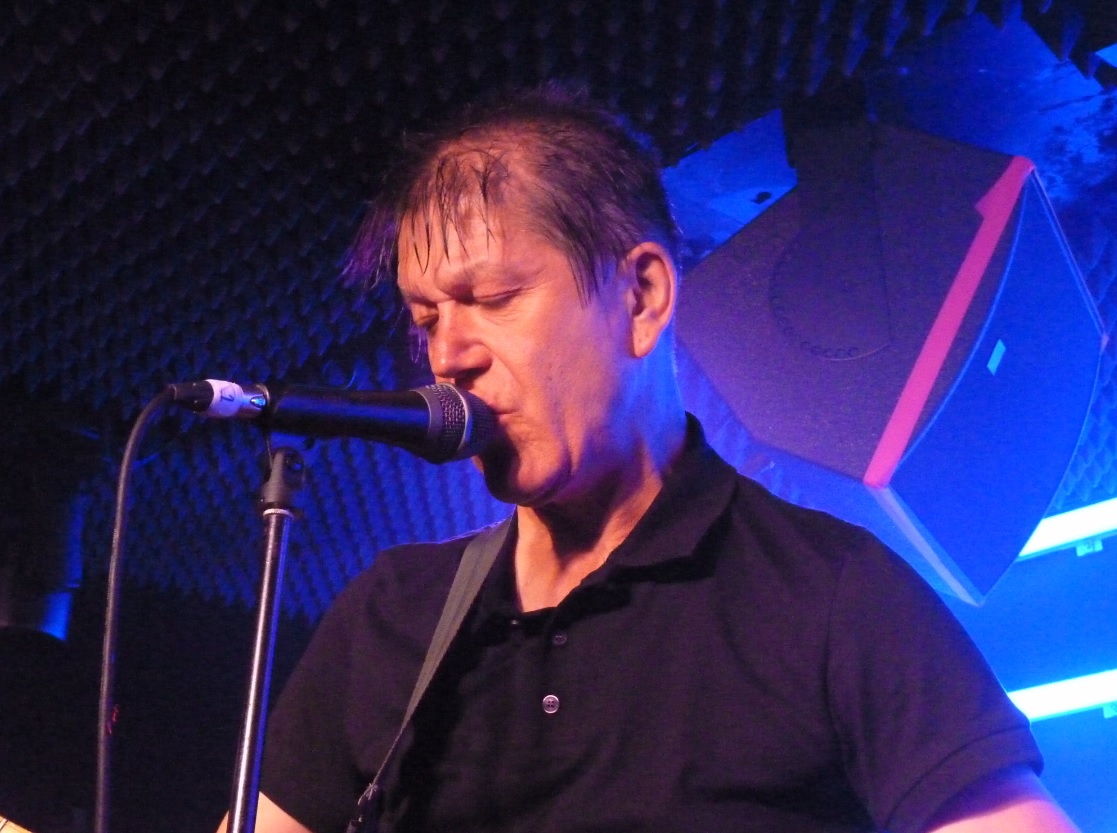 Paul from Transmission The Sound Of Joy Division live at Patterns, Brighton 30.7.21 (pic Nick Linazasoro) (click on pic to enlarge)

The venue of choice for this event is Patterns which is located at 10 Marine Parade, Brighton, BN2 1TL. I have not been inside this building since Saturday 7th March 2020, when I witnessed the tremendous THUMPER in action – Read the review HERE. During its enforced mothballing, I could not detect any changes whatsoever to the downstairs part of the venue.

I must say that I have really been looking forward to this evening’s concert, although I must say with some slight trepidation. I have always loved the original Joy Division, since hearing many of their tracks on the John Peel Radio 1 show and on his Festive 50 rundowns, but obviously I couldn’t see them any more, and they never played live in Sussex, so the nearest I have got so far is to witness the delights of New Order playing the occasion Joy Division track as well as watching former bassist Peter Hook, (and The Light) ply his wares as he runs through various Joy Division and New Order numbers. His last Brighton appearance was at the Concorde 2 on 22nd February 2019, when he performed a mammoth 30 track set – Read the article HERE. 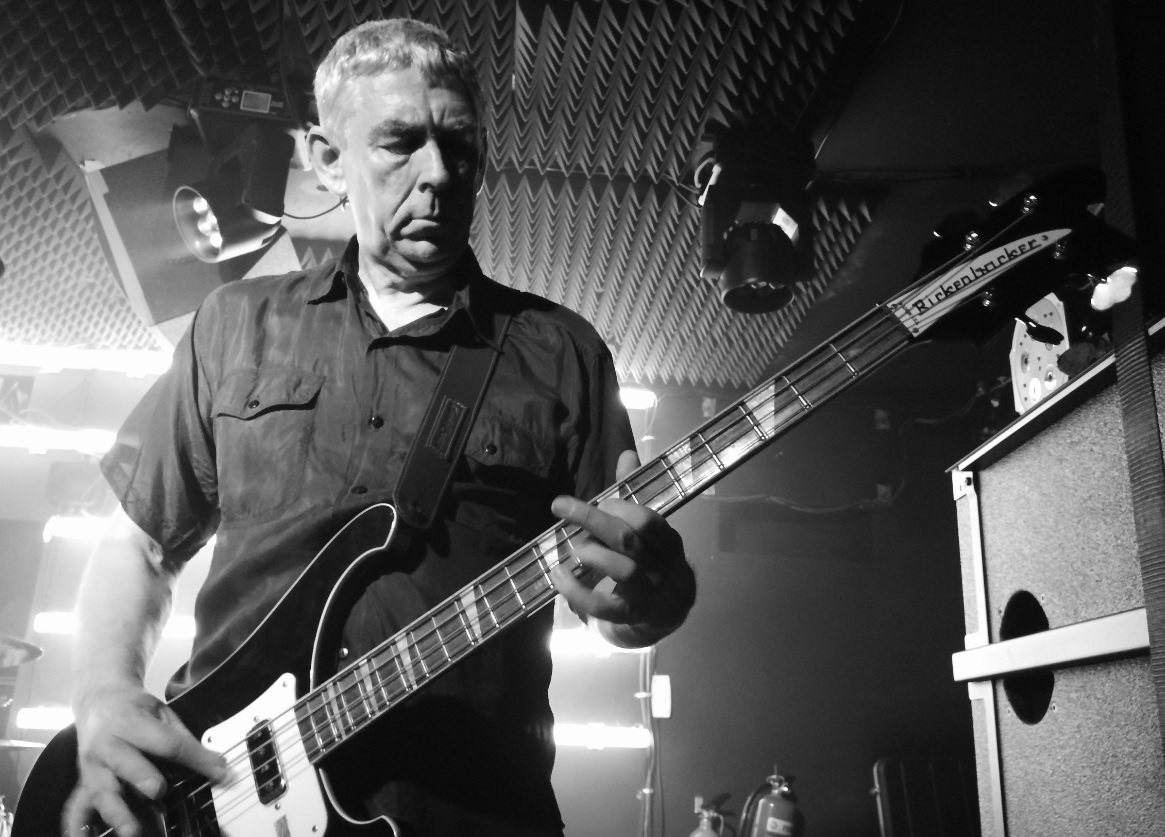 Rob from Transmission The Sound Of Joy Division live at Patterns, Brighton 30.7.21 (pic Nick Linazasoro) (click on pic to enlarge)

Consisting of Paul, Lynn, Rob and Chris, Transmission The Sound Of Joy Division are indeed a tribute band, who have been plying their wares since their inaugural concert at the Manchester Academy on 8th February 2008. Clearly they are serious fans of the originals and must surely be decent enough to satisfy ‘the raincoat brigade’ of loyal fans.

So what inspired them?

It has amazingly been 42 years since the release of Joy Division’s ‘Unknown Pleasures’ album, which hit an unsuspecting world on 15th June 1979. The cover artwork was certainly iconic and can still be seen on the high street to this very day. It was the inspiration of artist Peter Saville, who ‘borrowed’ the image of a data plot of signals from a radio pulsar. It was sadly the only Joy Division album released during lead singer Ian Curtis’s lifetime. It’s a classic album! As was the follow up ‘Closer’ which was released on 18th July 1980. This album too was adorned with a truly memorable cover, especially as Joy Division’s lead singer/songwriter Ian Curtis had passed away two months to the day earlier and the image had already been selected prior to his departure. A strange coincidence! 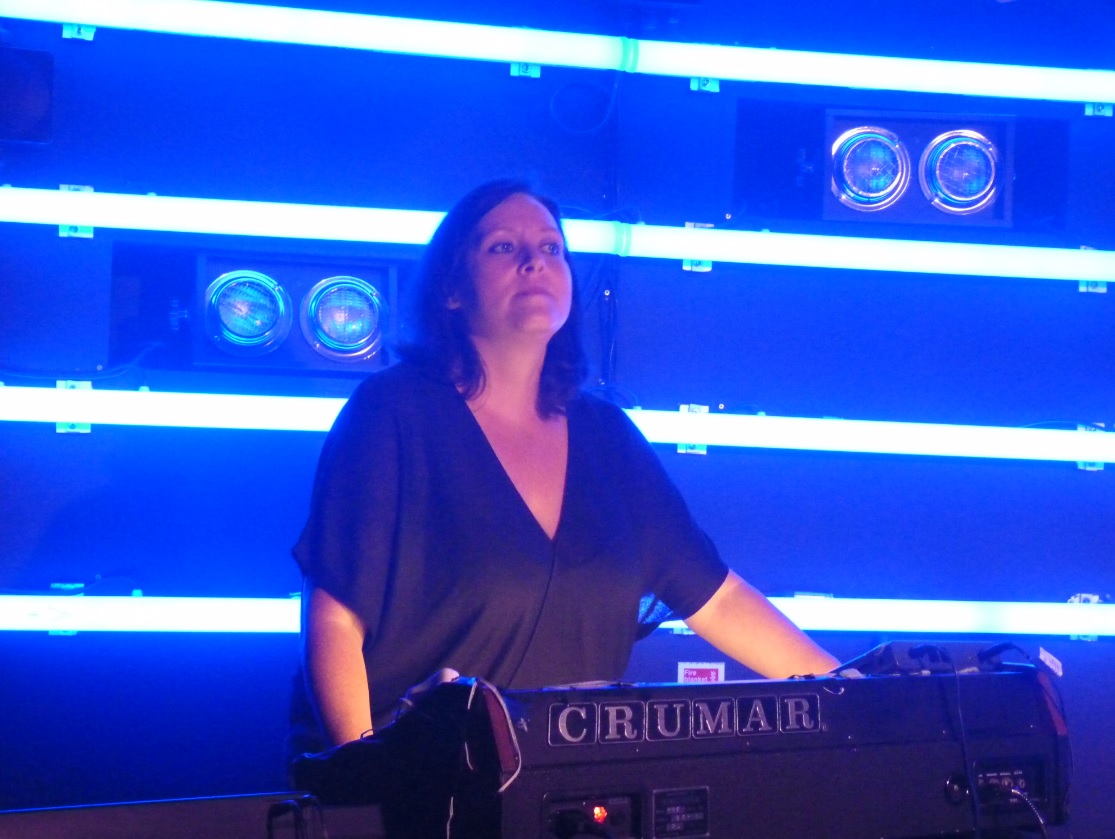 Lynn from Transmission The Sound Of Joy Division live at Patterns, Brighton 30.7.21 (pic Nick Linazasoro) (click on pic to enlarge)

‘Closer’ is adorned with a photo taken of the Appiani family tomb, as seen in the Monumental Cemetery of Staglieno in Italy. The subject matter was sculpted by Demetrio Paernio in 1910. It is a very moving piece indeed and one that has stayed with us via the album cover for 40 years now. Named ‘Album of the Year’ by the NME in 1980, ‘Closer’ is widely regarded as one of the finest releases from the Post-Punk period.

Back to tonight, and in celebration of ‘FACT 25’, that’s the official Factory Records catalogue number for ‘Closer’ (with ‘Unknown Pleasures’ being ‘FACT 10’), Transmission The Sound Of Joy Division were performing the ‘Closer’ album on the 2021 tour, along with other relevant selections from the Joy Division back catalogue. 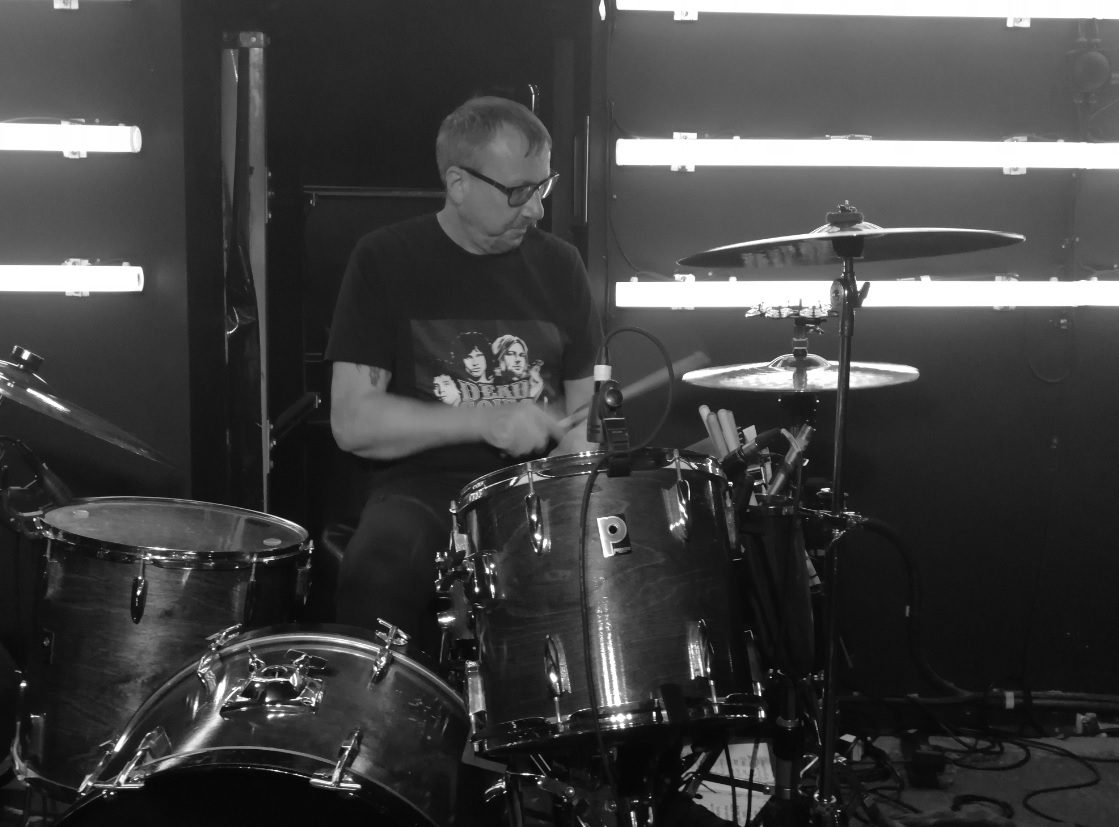 Chris from Transmission The Sound Of Joy Division live at Patterns, Brighton 30.7.21 (pic Nick Linazasoro) (click on pic to enlarge)

Being the height of the British summer, yes indeed, it has been a foul weathered day and so refuge within Patterns was most welcome. We made our way downstairs and headed to the bar for some much needed liquid refreshment. Sadly, the venue was not full this evening, but to be honest I believe that the punters were more than happier for it. The atmosphere tonight was relaxed and jovial and the queue to the bar wasn’t a long one. Happy days!

Tonight, Transmission The Sound Of Joy Division played two sets, with the first being ten tracks long and the second was eleven, but should have been twelve, but due to time constraints ‘Insight’ was dropped. 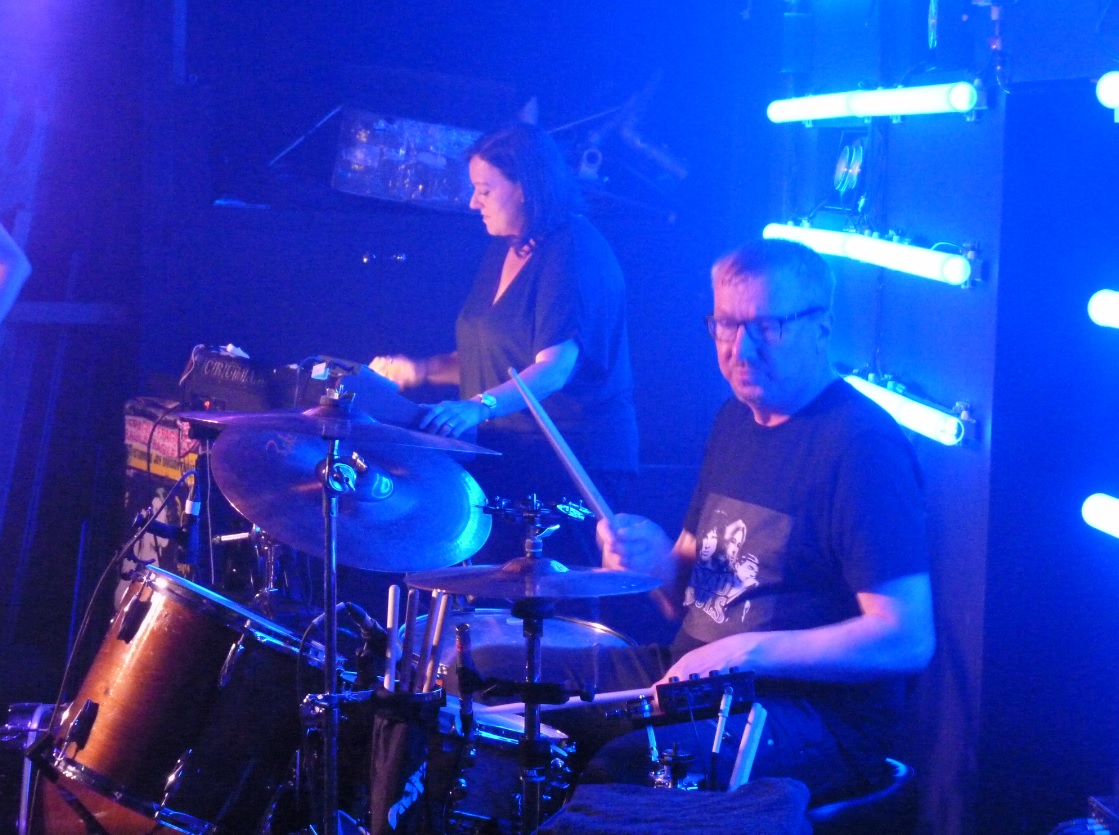 The quartet were all clad in black and dark blue and the stage was bathed in continuous blue neon backlit lighting with subtle pink spots raining down on the band. Thankfully there was none of this flashing lights and strobe malarkey. We could see everything, especially as we were camped right at the very front.

It’s fair to say that the band simply worked their way through the Joy Division numbers without any gimmicks. They let the music do all the talking, as the originals did. It must be said that Transmission The Sound Of Joy Division have gone one better than Ian Curtis’s band, as they never played live in Brighton or Sussex and so tonight was a rarity to cherish, albeit not the originals, but the songs were played! 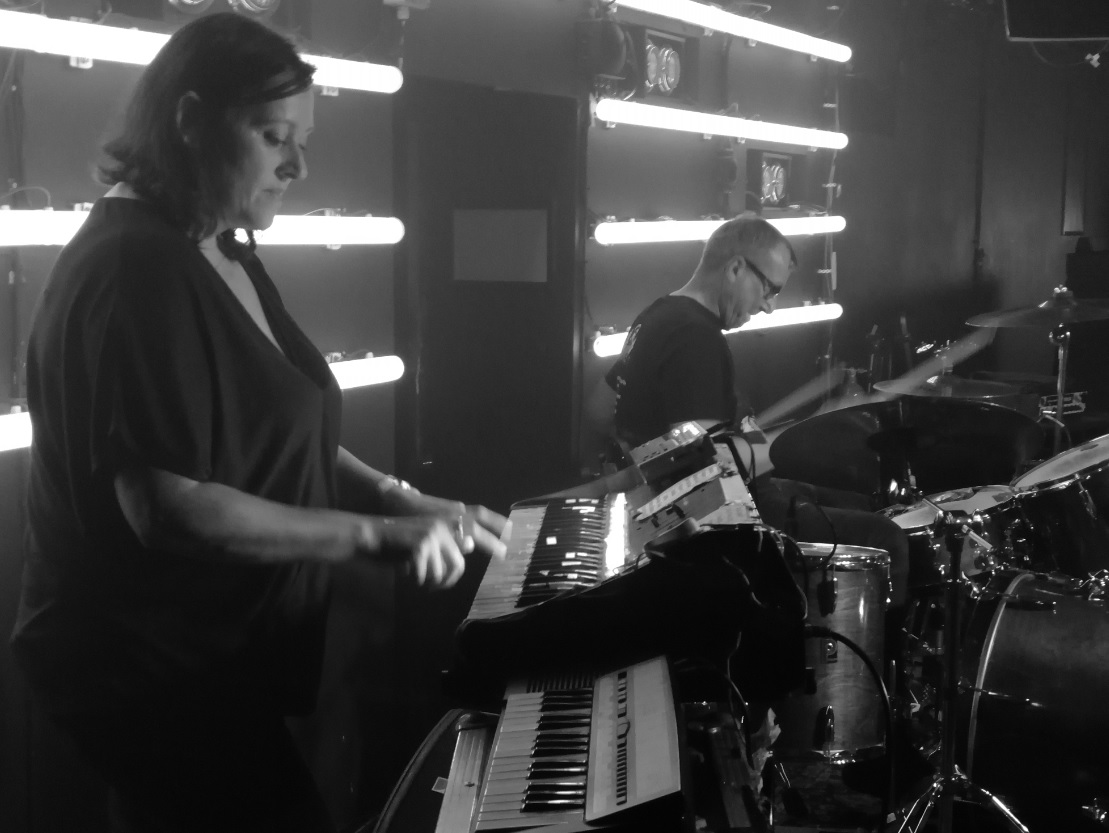 Yes, the songs were played and it’s right to state that although this band don’t actually look like the originals, Paul was taking on the role of Ian Curtis’s bass-baritone vocals (and occasional guitarwork) as well as Barney’s guitarwork, Lynn was performing Barney’s keyboard work, Rob was playing Hooky’s bass part and Chris was being Stephen Morris.

Hat’s off to Paul for learning all of Curtis’s lyrics, even though there was still the very occasional glance down to the floor to check the sheet. Let’s face it, they aren’t the easiest to digest. I noted that Paul was in fact left-handed like namesake McCartney, whereas Curtis was right-handed, but to be honest, I don’t really care as long as the music stays true.

People tend to forget that the Joy Division studio sound was as much a product of
Martin Hannett’s production and engineering skills as the quartet themselves. Thus drummer Chris had his work cut out on drums and electronic drums. I found myself watching him quite a bit this evening and studying his rhythm patterns and I am gleefully reporting that the boy dun good! 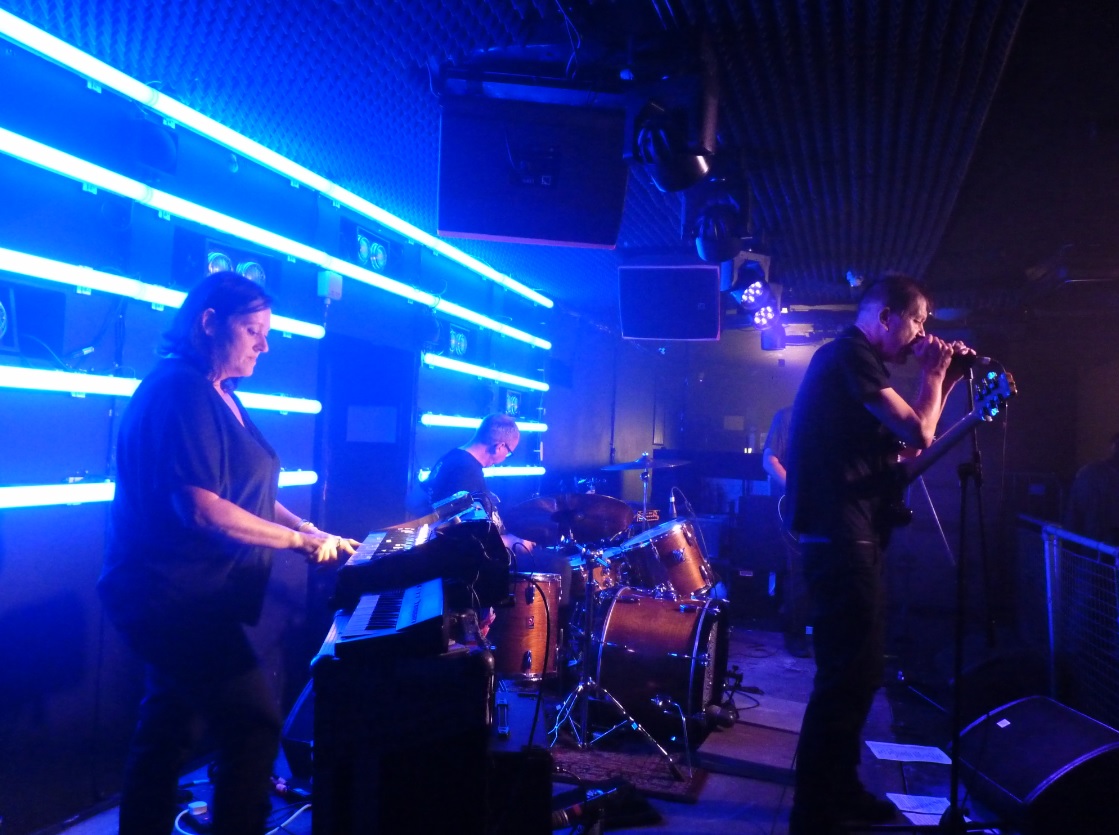 When I wasn’t studying Chris’s stix, I was ogling Rob’s basswork on his Rickenbacker. People tend to forget how important Hooky’s bass was to the original sound. Although Rob’s bass wasn’t slung as low as Hooky’s, those four strings were music to my ears. Rob even offered up the very occasional backing vocals, such as on the hit ‘Love Will Tear Us Apart’.

Transmission The Sound Of Joy Division do sound like the originals most of the time, and the sound levels were nearly perfect as every instrument could clearly be defined except maybe the keyboards at times, with Lynn picked up earlier on during their first set. Even the tambourine work on ‘Atmosphere’ (by Paul) and ‘Interzone’ (by Lynn) could be heard with clarity.

The band were stationary a majority of the time, thus there were no Curtis style “epilepsy dances” tonight and no super aggression vocals, eg “And we could daaaaaance” line from ‘Transmission’.

So then, highlights for me during both sets, were surprisingly the obvious ones. ‘She’s Lost Control’ was a corker, ‘Atmosphere’ brought my hairs to attention on my arms and head, as did ‘Love Will Tear Us Apart’, which also brought a wide beamed smile across my face, and ‘Transmission’, they absolutely nailed it! No wonder that’s the band name! 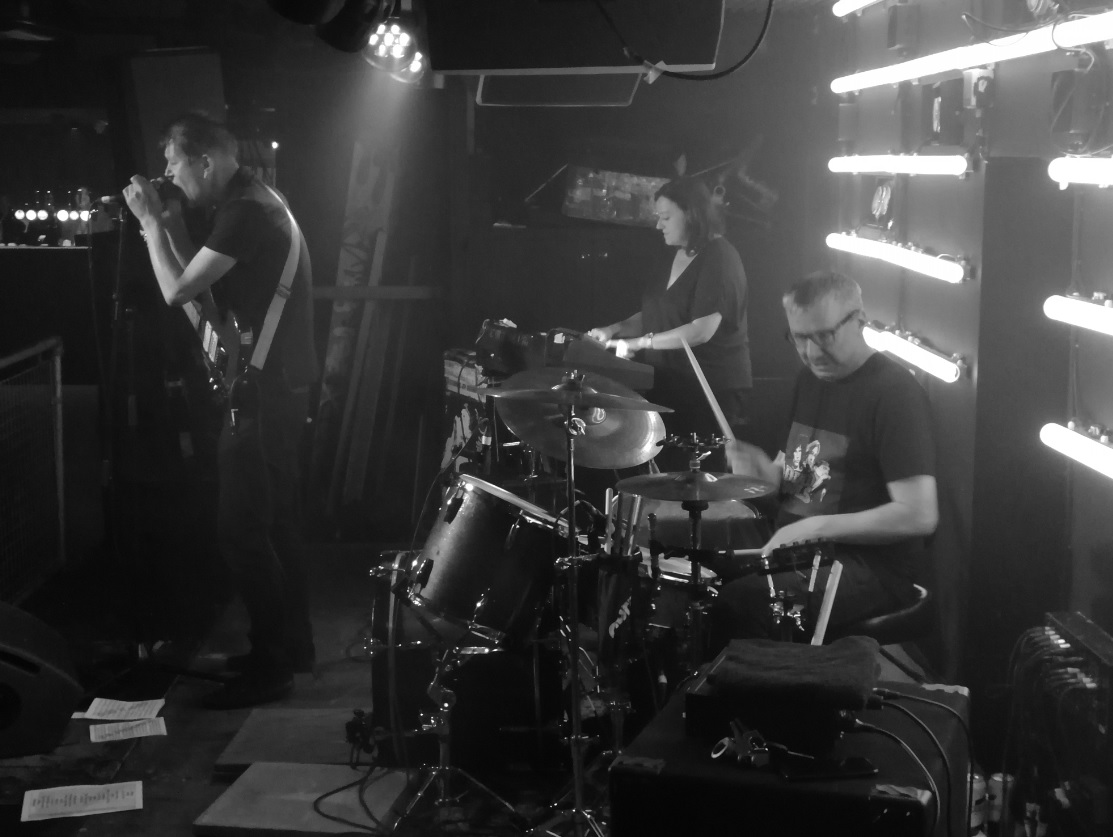 For the encore, starting with ‘No Love Lost’ and then into ‘Interzone’, the crowd burst out dancing! A fab way to end a great night. Would I see them live again? YEP!

Further details on Transmission The Sound Of Joy Division can be found HERE. 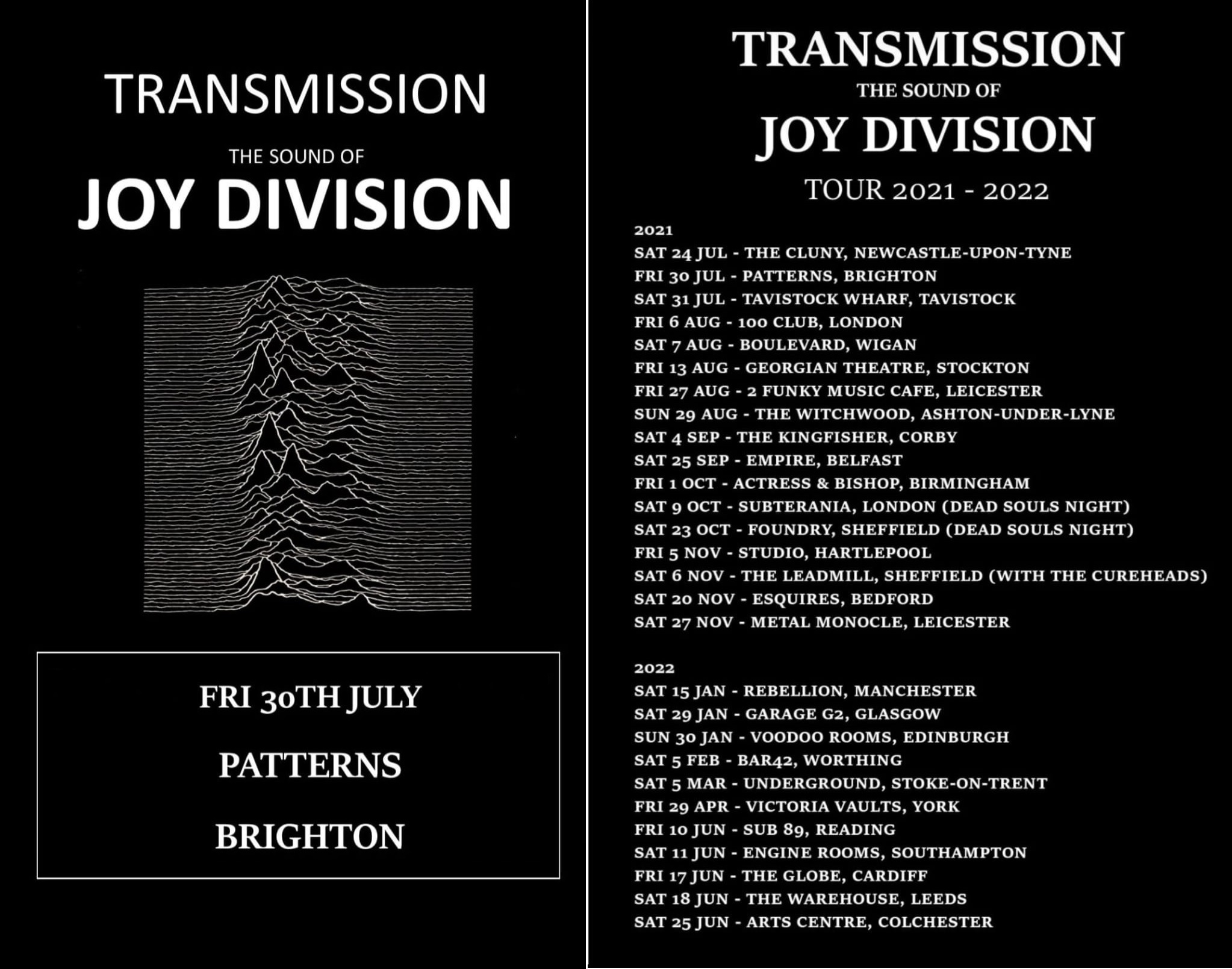 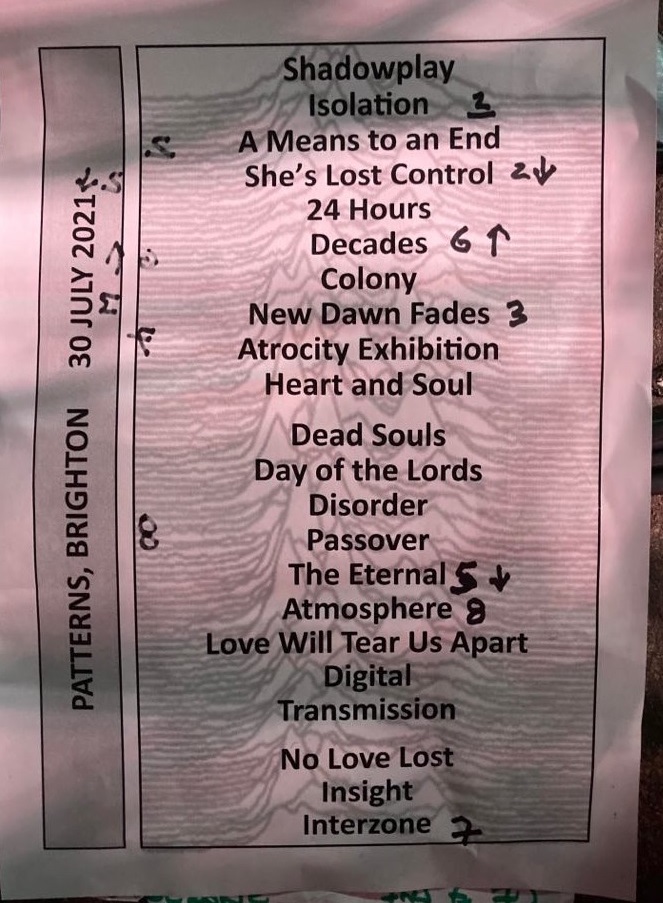