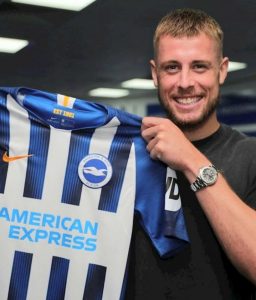 The Sussex-born centre-back has made 60 Premier League appearance for Brighton since he joined from Bristol City in 2019, scoring four goals.

Head coach Graham Potter said: “Adam has been a really important figure for us on and off the pitch so I am delighted to see him commit to the project we have here.

“Adam was one of the first players to sign after I joined the club two years ago and I am delighted with his development in that time.

“He has captained the team on a few occasions which is a real testament to his qualities.

“We’re looking forward now to seeing him continue his fantastic form from last season into the new campaign.”

The 26-year-old began his career with Portsmouth, where he broke through into the first team squad under Steve Cotterill.

He made 81 appearances for Pompey and had a loan spell at Aldershot before joining Ipswich Town in 2016.

Albion said: “He spent two years at Portman Road before the Robins secured his signature in 2018 where he remained for a year before joining Albion.

“His two seasons with Albion have seen him play a key role in Graham Potter’s defence, as well as contributing up the other end with goals against Tottenham Hotspur, Aston Villa, Arsenal and more recently in the 3-2 win over Manchester City at the Amex.”